1 CW reader is interested
Review: The Royal Ballet Live, Elite Syncopations 3 Review: The Royal Ballet Live, Elite Syncopations Teresa Guerreiro
An eerie atmosphere pervaded the Royal Opera House last night. On the one hand, there was an eager audience, their appreciation of simply being back at the theatre they love, where so many are fiercely loyal regulars, translated into loud applause and cheers, that masked the fact that only about 40% of seats could be filled to observe the requisite social distancing.

On the other hand, we were all fully aware that this was one last hurrah before the theatre went dark again, with a new Covid-19 lockdown set to shroud the country within just a couple of hours of curtain down..

As an unusually subdued Royal Ballet director, Kevin O'Hare, put it in his opening remarks: 'welcome to our opening performance, which is also our closing performance.'

Unsettling as all this is for us the audience, it is undoubtedly doubly so for the performers. After all, dancers need to dance, and they feed off the reactions of live audiences. The performance of the Within The Golden Hour bill, scheduled for 13 November, will go ahead; but only for a live-stream to our screens.

And so it was that the Royal Ballet, a company surely 'at the top of its game', to quote O'Hare again, offered an uncharacteristically nervy performance. Whereas in the Back On Stage gala, only a few weeks ago, every last dancer's hope for a full return to performance after six months of enforced absence showed in their explosive energy, commitment and sheer artistry, now many seemed distracted, the fizz gone.

Part One of the programme consisted of a series of excerpts from the Royal's extensive repertoire; Part Two was a reprise of MacMillan's ragtime extravaganza, Elite Syncopations, now enlarged to include most of the company. With its colourful costumes, zany variations, and jolly ragtime music played live by a small on-stage combo (all suitably attired in carnival costumes), it sent us home uplifted, never mind that there were a few unfortunate slips, including one dancer coming on stage with her mask still on.

Part One came across as a random selection of works, mixing old gala favourites, like Le Corsaire pas de deux, entrusted here to Matthew Ball and Mayara Magri, both technically able, but both looking distracted, with more substantial pieces like Ashton's Monotones II, and his Rhapsody. The latter opened the programme in a thrillingly nuanced interpretation by Akane Takada and Alexander Campbell, both at ease with its delicate, gossamer choreography.

Fumi Kaneko and Reece Clarke reprised their angst-ridden, end-of-the-affair pas de deux in Cathy Marston's In Our Wishes, proving yet again that this is a near-perfect partnership, to be cherished and fostered. 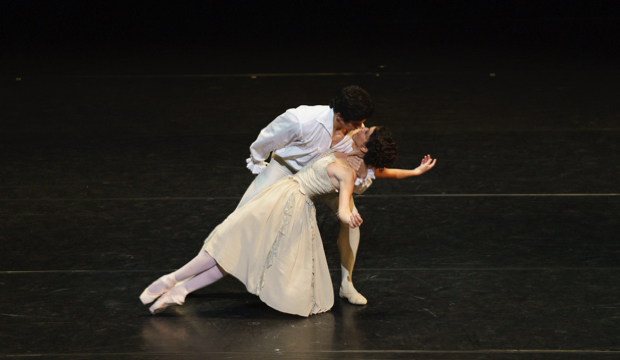 Francesca Hayward was a slightly underpowered Odette in her Swan Lake Act II pas de deux with William Bracewell, the partnership showing none of the intense chemistry they demonstrated in last year's filmed version of Romeo and Juliet.

Joseph Sissens is a dancer with a perfect classical line, with which he dazzled once again in his performance of Ashton's mystical, yet intensely physical, Dance of the Blessed Spirits. 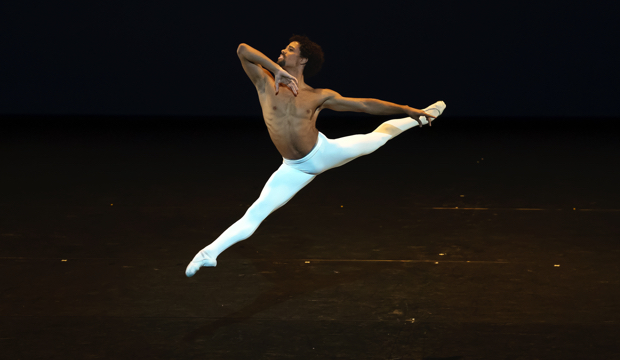 Part One ended with Balanchine's Tchaikovsky Pas de Deux interpreted by principals sans pareil Marianela Nuñez and Vadim Muntagirov. We would suggest checking out their rehearsal on YouTube as part of World Ballet Day, a better account of this very demanding piece than their stage performance.

The Orchestra of the Royal Opera House, now returned to the pit, provided live musical accompaniment to Part One, under the reliable baton of Jonathan Lo.

The Royal Ballet dancers will be able to continue taking class and rehearsing throughout lockdown; we can only hope they'll soon be able fully to return to the stage having transcended the current, so deeply unsettling, stop-start situation.

Dance of the Blessed Spirits