A Nutcracker Just for You...

Christmas brings that most loved of all seasonal ballets, The Nutcracker. But with four productions on offer in London this year, which to pick? Here’s our guide 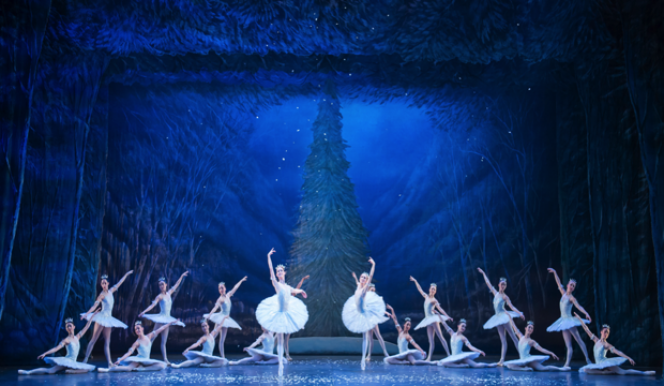 A Nutcracker Just for You...
Set to Tchaikovsky's magnificent score, The Nutcracker, whatever its iteration, tells the magic tale of young Clara, who is gifted a nutcracker doll by the mysterious Dr. Drosselmeyer at a Christmas Eve family party. Once midnight strikes, and a scary army of Rats is defeated, Clara is taken by her nutcracker on a magical adventure through the Kingdom of the Sweets, and finally meets the gorgeous Sugar Plum Fairy.

With four different productions of this Christmas classic about to hit London, the question is, which Nutcracker is for you? Young and old, families and larger parties, or children seeking a more interactive experience, there is something for everyone.


THE ROYAL BALLET, ROYAL OPERA HOUSE
It seems only right to begin with London’s most famous The Nutcracker: that of The Royal Ballet in its sumptuous Covent Garden setting. Produced by the veteran Sir Peter Wright (who celebrated his 90th birthday last year), it’s been a key part of Royal Ballet’s repertoire since 1984. The Independent’s dance critic, Zoë Anderson, notes, 'The Royal Ballet’s production of The Nutcracker, always handsomely traditional, has become a tradition of its own.'

Younger fans will marvel at its visual beauty and magic, including the Christmas tree that grows and grows before our very eyes as Clara moves from family living room to a more magical realm. Wright’s The Nutcracker is also widely acknowledged as a masterclass in storytelling with its clear narrative and characterisation of Clara’s quirky encounters in the Kingdom of Sweets. 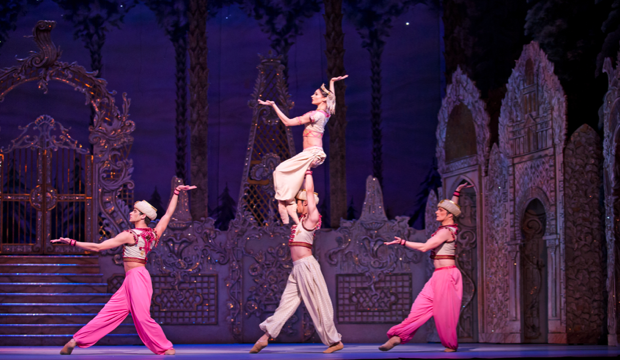 The Royal’s full-length production is suggested for ages 5+. However, it IS long, so children who already have some appreciation and experience of ballet will gain the most from this festive spectacular.
CW suggests: for older children, especially aspiring ballerinas; classicists and sophisticates; grown up friends or associates you want to impress; first timers to ballet; family members deserving of a special treat.

Sir Peter Wright’s The Nutcracker in its more contemporary incarnation is brought to the capital by Birmingham Royal Ballet. Younger ballet lovers will certainly enjoy the use of technology and projections that enhances this version first seen in 1990.

Visuals come courtesy of 59 Productions, who were involved in the spectacular Opening Ceremony of the London 2012 Olympic Games, so they are guaranteed to deliver the wow factor in the vast setting of the Royal Albert Hall.

Delivering an innovative take on this Christmas classic, BRB’s Artistic Director, David Bintley tell us, 'the big arena adaptation will add an even greater sense of the spectacular to what is already a glorious production. Nutcracker is a great family show and our new Albert Hall production will emphasise accessibility with a very immersive experience.'

For the little ones, additional clarity will be brought through special narration. Bintley explains: 'We have narration by distinguished actor Simon Callow, who will voice the role of Drosselmeyer and audience members should be aware that they may be "snowed on".' 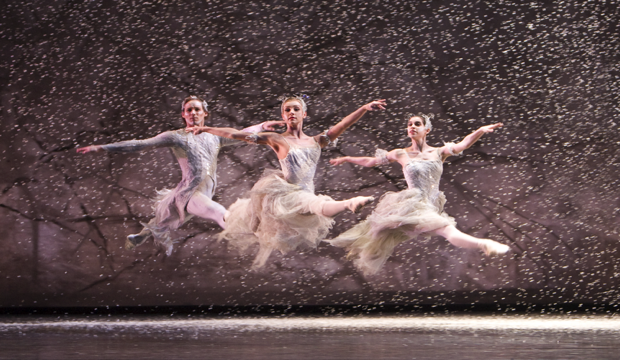 Rumour has it that you also shouldn’t be surprised if you find the odd rat under your seat too!
CW suggests: very young children; young and old(er) keen on immersive theatre; those not afraid of a little experimentation with the classics.

THE NUTCRACKER AND I BY ALEXANDRA DARIESCU, THE BARBICAN

And now for something completely different! The option perhaps most suitable to the youngest audience is The Nutcracker and I by Alexandra Dariescu at the Barbican. This original concept hasn’t lost any of The Nutcracker magic, but at only 50 minutes duration it’s unlikely to cause much fidgeting of small bums on seats. 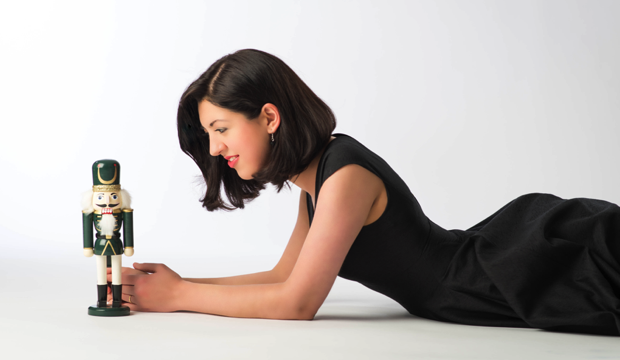 The pianist Alexandra Dariescu will play a selection of highlights from Tchaikovsky’s score including Dance of the Sugar Plum Fairy, Arabian Dance, Chinese Dance and the Flower Waltz.

Behind an ethereal gauze curtain, upon which a series of charming digital images are projected, a single ballerina will dance.

Naturally such a distinctive idea provides some unusual challenges. Choreographer Jenna Lee explains, 'the ballerina has to perform the Grand Pas de Deux without a physical male dancer. She has to sustain the whole piece, which includes difficult moves you’d usually do with a partner but in this performance, her prince is a digital animation!'
CW suggest: Definitely small children who can't sit still for very long; young and old(er) looking for something familiar yet new; a special romantic date perhaps?

Finally, we come to English National Ballet’s offering, quirkily called simply Nutcracker. This particular production is only seven years old, having been created in 2010 by the company’s then Artistic Director, Wayne Eagling.

Eagling’s production is widely considered to be a little flawed in its confusing storytelling and over-complicated play on the Nutcracker’s identity; but some sections are inspired, for example, the opening sequence, where revellers ice-skate on their way to the Christmas party.

It features perhaps the most terrifying of Rats doing battle with an army of toy soldiers; and a hot air balloon that whisks Clara and the Nutcracker away from danger and into the Kingdom of the Sweets. 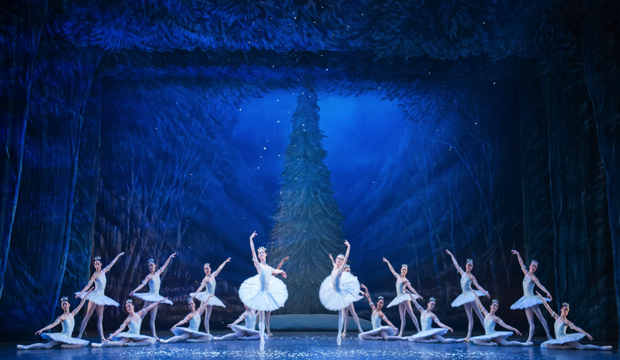 This production culminates in Clara’s transformation into the Sugar Plum Fairy, unlike the Royal Ballet’s version where the role is performed by a different dancer.

ENB also has younger fans covered with a range of workshops and events, aimed at providing a gateway into the world of ballet. Activities include a variety of on-stage workshops for all ages including live drawing, family events and behind-the-scenes talks.

The Family Friendly performance of Nutcracker is on Saturday 6 January 2018, 2.30pm. Children under 5 may attend this performance and up to two children under 16 can go free, with each full paying adult, providing an excellent option for larger families and younger children.
CW suggests: Families - the special family rates are particularly attractive.