The hit hip hop company Boy Blue showed off its impressively gifted students in A Night With Boy Blue, a short run of high-energy performances at the Barbican

Transforming it into a source of mainstream entertainment without losing too much of its street appeal is the key to the success of Boy Blue – an award-winning company formed in London in 2001 by choreographer Kenrick ‘H20’ Sandy, MBE, and composer Michael ‘Mikey J’ Asante.

Boy Blue is the first hip hop company to have had its work included on the UK curriculum for all dance students from 14-16 years of age.

Blue Boy also does its own teaching; and last weekend at the Barbican we had the chance to see 129 of their young students in a kind of end of year performance, A Night With Boy Blue.

And what a night – or in our case, what a Saturday matinée – it was! Two hours of unflinching energy, extraordinary proficiency and total commitment from youngsters of all races, the youngest of whom was only eight-years-old. 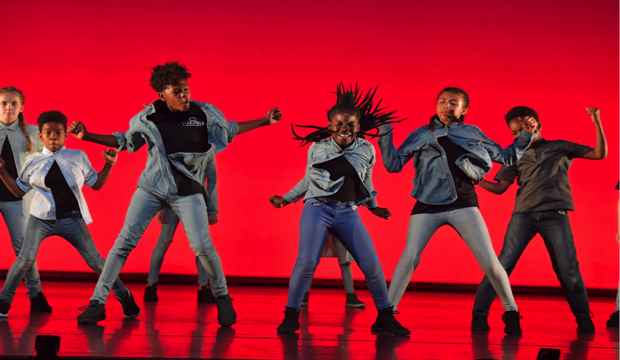 Don’t imagine for a moment you had to make allowances for the youngest dancers; on the contrary, all you could do was marvel at their professionalism and extraordinary technique, the gusto with which they abandoned themselves to their performance.

The 129 dancers, joined by some of Boy Blue’s professional members, were split into different groups, each with its own choreography, all sharing an extraordinary degree of precision and group coordination.

One of the many things that struck me is how much variety, how many different accents you can get out of this particular dance. What all the dancers have in common is this: their bodies appear to be made of an infinity of fully autonomous parts, which can move independently of each other – and can do so in the jerky, syncopated rhythm of drumming and rap – or can suddenly assume unexpected fluidity. A wonder to behold.

The other thing this show clearly illustrated was the many forms of expression hip hop allows. It is a dance of resistance and rebellion; a dance of self-expression; a vehicle for testosterone-fuelled contest between males; but for the young women it's also a dance of assertiveness and emancipation. It makes room for humour, confrontation, as well as seduction and love. 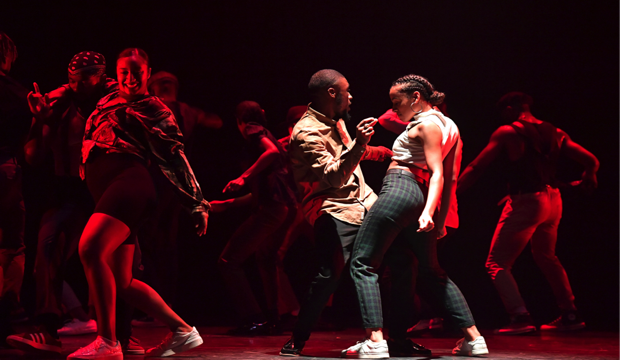 A Night With Boy Blue may have been shown in the impeccably bourgeois surroundings of the Barbican (where Boy Blue is an Artistic Associate) but it wasn’t sanitised to the point of losing the edge of the mean inner-city streets: it was all too visible in the dancers’ gestures occasionally imitating guns, the choreography portraying confrontation between gangs, the hugely impactful clenched fist salutes.

In short, I can think of many good ways of spending a Saturday afternoon; but none more exhilarating (and, yes, educational!) than this. 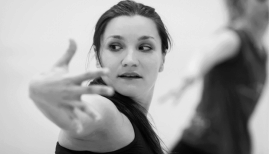 A Night With Boy Blue