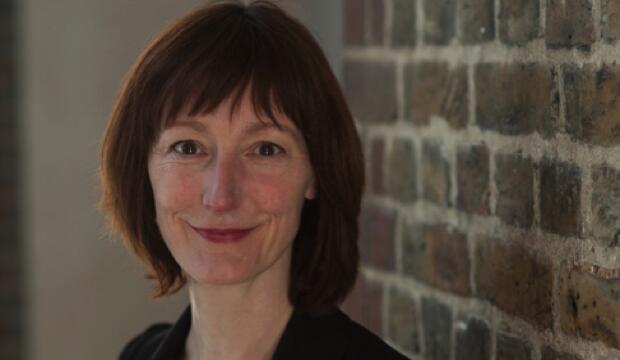 Kate Coyne. Photo: Hugo Glendinning
As associate director of Michael Clark Company and a former exponent of the choreographer's exacting and demanding style, Kate Coyne is ideally placed to assess the exhibition Michael Clark: Cosmic Dancer, with which the Barbican marks its 15-year association with this extraordinary dancer/choreographer. We want to hear her views, as well as take a peek at what it's like to work with Michael Clark.

When did you join the Michael Clark Company?
'In 1998. We were preparing for his work current/SEE.'

That was well after the madness of the 80s punk era ...
'Yeah, he was on a break for about four years; he'd been up in Scotland. He came back, and so the process was quite slow, it just me and Michael for quite a long time working on the work, and then slowly a couple of more dancers joined. There was a cast of five in the end.'

Did his style evolve and change very much from the explosive tone of the 80s to the 90s?
'I think it's constantly evolving. Michael is constantly re-evaluating what he does. It'll often start from an idea and stay true to that. Of course, that's influenced by the time before, but he's very much in the present, thinking about now in order to move on.'

For you, what was the attraction of working with Michael Clark?
'The style of movement I was particularly drawn to… a technical challenge. I was very aware of the visual aspect, which I loved because I'd seen performances, but in terms of a young dancer working (or younger than I am now!) it was particularly a draw to work with someone so challenging physically. We have very similar training and background, so I think the style sat very well with me, and I was really interested in that sort of classical technique used in a very modern way.'

Isn't that hugely demanding on the body, though, with the precision and split second timing it requires?
'Absolutely, yes! And you never get used to the movement, because there's always another challenge that Michael will add, if you are getting used to the movement. He's not particularly interested in your comfort zone; it's about exploring how far you can go with the material. He chooses to work with dancers who want to explore that.'

Does this exhibition give the measure of his innovation, and the specific type of choreography he's developed?
'I think it captures it really well within the context of what's going on around him. I think it's a great exhibition for the general public, and I think there's enough material in there, especially in the archive, that will interest real dance-lovers, and I think it could appeal to so many different publics.'

Do you think the shock element is still there?
'I think there's always something which can disarm an audience. I don't know if Michael ever deliberately wants just to shock people; he might want to make sure that they're awake and alert. You can find things in it that can be quite stimulating, but not necessarily shocking for the sake of shocking. I don't think he ever did that, but I think it can be taken like that sometimes.'