Six years ago many doubted Tolstoy’s novel could be told without words, dealing as it does with complex moral dilemmas, social conventions, and the fatal consequences of breaking the rules.

However, Ratmansky, one of the most admired choreographers working internationally today, proved equal to the task.

His Anna Karenina offers a captivating interpretation of the burdens of forbidden love, without over-simplifying the intricacies of this turbulent story.

The Mariinsky are giving us only two performances of Anna Karenina. Viktoria Tereshkina leads the second cast, with Diana Vishneva starring on opening night.

Ratmansky’s choreography on an unsettling score by Rodion Shchedrin provides a powerful vehicle for the wider Mariinsky company with an extensive cast of 25 named characters.

With this in mind, prior knowledge of the original Anna Karenina story is recommended, to make it easier to follow the narrative.

This is a visually compelling, complex production with a bold, confident set and period costumes by Michael Melbye, and video projections by Wendall Harrington all coming together to re-create the stifling social atmosphere of 19th-century Russia.

Tickets are already selling quickly for these two performances, so you are advised to book soon if this is your Mariinsky production of choice. 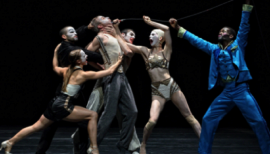 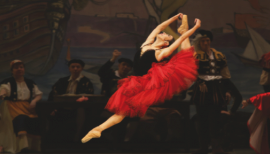 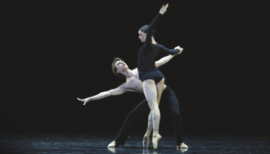