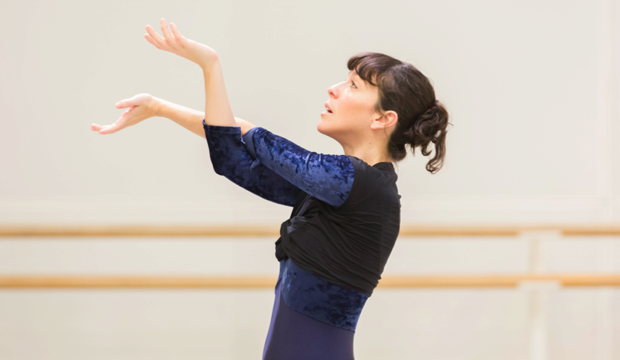 Laura Morera in rehearsal (c) ROH 2014 Johan Persson
Laura Morera is a dancer of rare and exquisite musicality and profound emotional intelligence. Spanish by birth, she been a stalwart of the Royal Ballet since graduating into the company straight from the RB School in 1995; and over the years, she has delighted audiences and critics alike with her combination of technique, dramatic flair and ‘miraculous musicality,’ to quote the FT’s Clement Crisp.

A versatile dancer, Morera’s range is wide, from purely abstract ballets to the ineffably English work of Sir Frederick Ashton. In fact, her interpretation of the spirited Lise in Ashton’s La Fille Mal Gardée won her the Outstanding Female Performance Award in the 2015 Critics Circle National Dance Awards. 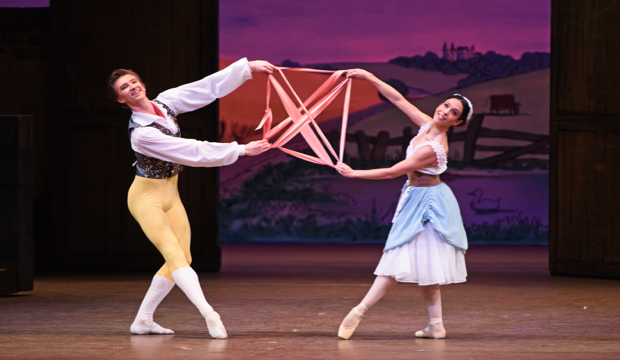 She’s danced most of the big roles in the Royal Ballet’s repertoire. She was a heart-breaking Giselle, a creamy Sugar Plum Fairy in The Nutcracker, a tragic Manon, and a complex mix of victimhood and agency as Maria Vetsera, Prince Rudolf's teenage mistress in MacMillan’s masterpiece, Mayerling. 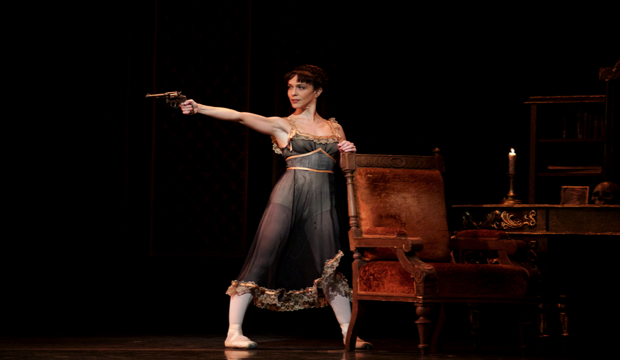 And now Laura Morera is preparing to interpret another demanding, multi-layered role – Masha, the middle of three sisters in Chekhov’s eponymous play, as portrayed in Sir Kenneth MacMillan’s one act ballet, Winter Dreams. How does she see the character?

‘She was trained as a concert pianist, she is very witty, she is strong and quite opinionated, and sometime she has a bit of a temper… so, I’ve got that at the back of my mind, but I don’t think MacMillan brought all of that into the ballet.’

Laura is right: rather than go for a detailed narrative work, MacMillan tried, in his own words, ‘to capture the atmosphere and melancholy of Chekhovs’s masterpiece.’

‘I think melancholy is a great word,’ Laura told us, ‘because I think it goes through the play for different reasons: being in a place where you don’t want be [the Russian countryside], remembering what it was like [in Moscow], a marriage that used to be, but has no love anymore, remembering the love and feeling all that again…’

In Winter Dreams Masha has key relationships with her sisters, her dull husband and, centrally, Colonel Vershinin, with whom she has a passionate, but doomed love affair. MacMillan’s choreography, says Laura, tells you how to express those relationships.

“She’s in a marriage that she thought was going to work, but she’s bored. I don’t think she wants to be unkind to her husband, I think in the pas de deux with the husband there are moments that MacMillan has brought in where she’s really trying to reconnect, but it just doesn’t work. And I think it’s important in that scene to try to convey that it doesn’t look like she’s heartless.

‘She’s very family orientated; I think the three of them are dreamers, and I feel that all those elements are what makes her as she is.

‘She falls in love with Vershinin, and I think he becomes everything she imagined, and the devastation at the end of him having to leave, probably never seeing him again… I love that part that is a full circle, when they start full of hopes at [younger sister] Irina’s birthday (…) but then at the end you’re just left with the family.’

A Principal Dancer she may be, but Laura Morera is, in her own words, ‘a team player,’ and she thinks it’s important to establish a rapport with her fellow dancers, so all the characters come alive. In Winter Dreams,

'My husband is Nehemiah Kish, and we are trying to find that balance between me rejecting him, but at the same time we’ve been married for so long, we still have that base. Vershinin is Ryoichi Hirano, I’ve worked a lot with him and I think we’re trying to find the honesty of love, him finding his character, he’s not too broody, but he’s a little bit arrogant in the sense he really believes he can own this woman, there’s an assertiveness about him that I think she probably likes.

‘My sisters are Claire Calvert and Akane Takada, I know them both very well, I think they have beautiful qualities that really suit the characters, and we all really like each other, so I think that brings a natural kind of sisterhood.

‘If we can all get on the same page, then the show transcends from just a show with great people to something so much more. That’s always my aim.’

An aim in which she so often succeeds; and that makes her forthcoming debut as Masha in Winter Dreams a truly exciting prospect.

Winter Dreams is on at the Royal Opera House as part of a Triple Bill 18 Dec – 4 Jan.
Full preview and details here