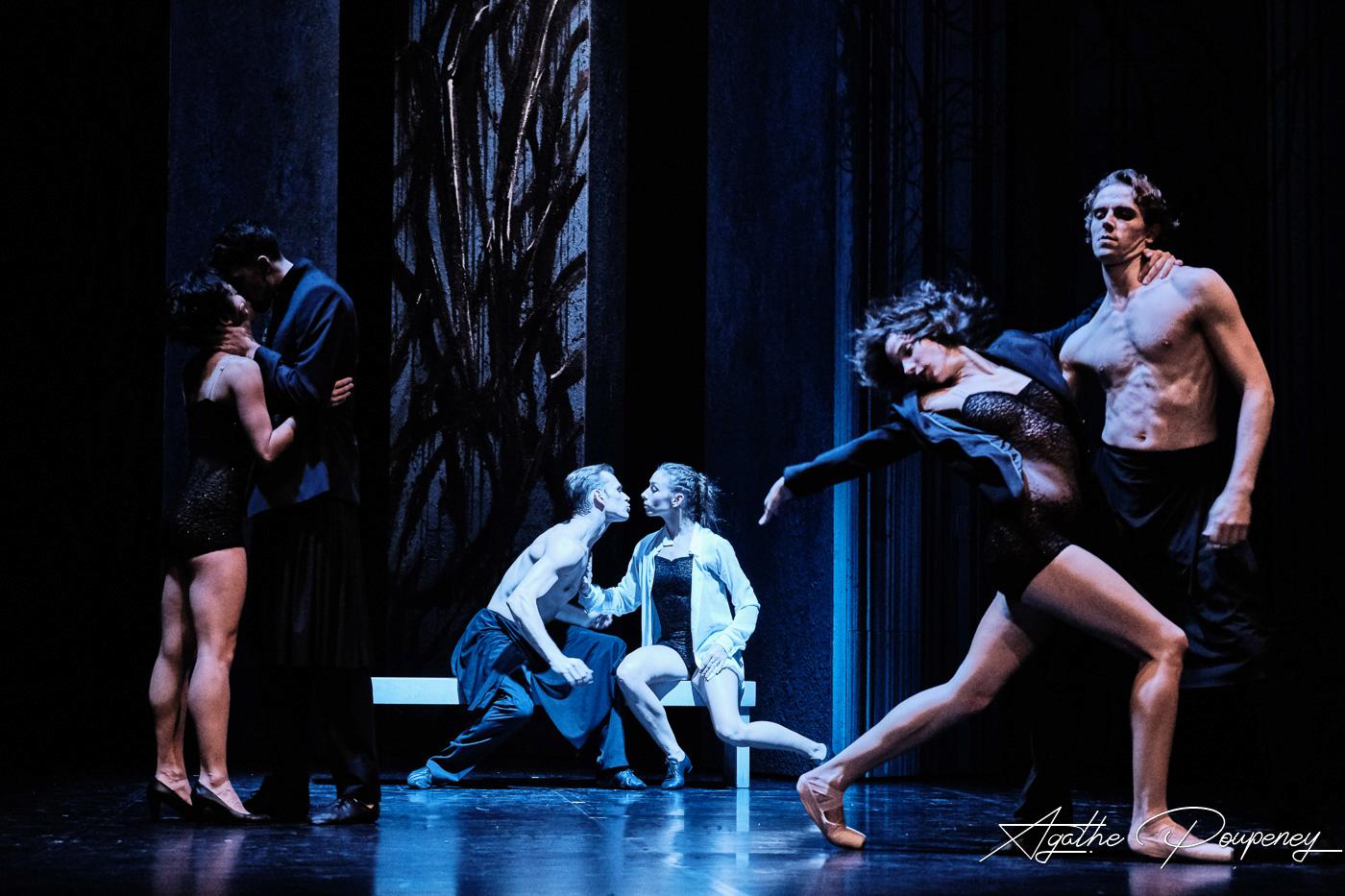 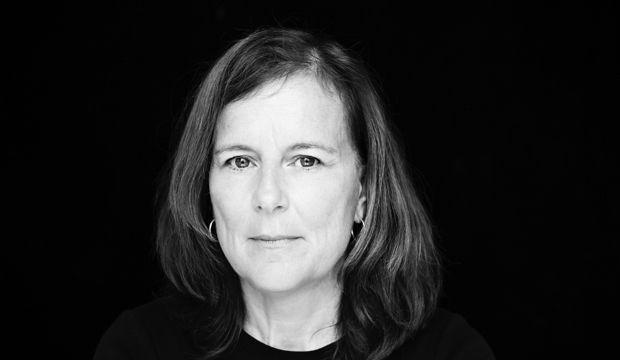 Hélène Blackburn. Photo: c/o Cas Public
As well as theatre and dance, Blackburn studied ethnology at university, and says she’s always been fascinated by myth. And fairytales, like myths, exist for a reason, their persistence across cultures and ages telling us something important about the very essence of human nature.

In Les Beaux Dormants, Blackburn mines the essence of The Sleeping Beauty fairytale.

‘The Sleeping Beauty is about three celebrations: the first is when the baby is born, the second is the presentation to the court, the teenage time, and the third is the wedding. So it’s about three rites of passage.

‘I put more emphasis on the teenage time, because I think it’s the essence, it’s in between the two worlds.’

The teenage period is, in other words, an awakening; but it’s more than that, says Hélène Blackburn – it brings about the first transgression.

‘When you’re a child you’re not even tempted to step out of your family. The first big transgression would be love, when you fall in love for the first time, because suddenly you can imagine yourself in another community, you can dream to found your own family – it’s a huge step.

‘So during the teenage time you will take the decisions that will affect the rest of your life.’

Adolescence is a stressful, troubled and disquieting time, things that lend themselves to Blackburn's style of choreography: highly physical, intensely sexual, relentless, occasionally a little dark.

She also likes to play with gender and, admitting to ‘a fixation with shoes', likes to ask the men to dance in high heels or pointe shoes.

‘The fairies in my version are all played by men, but they often have symbols of the feminine. I’m mixing the genders.’ 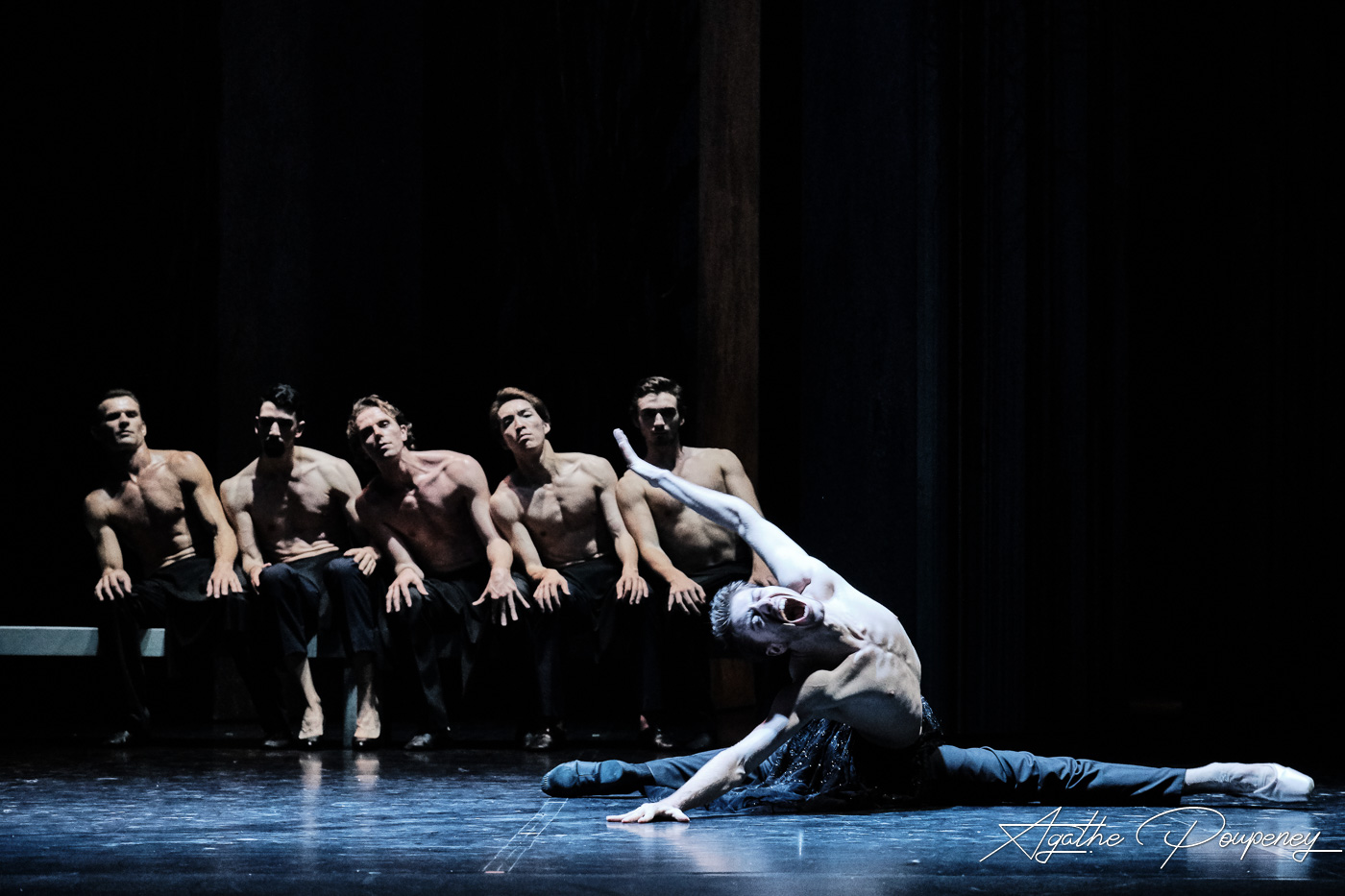 How did the dancers of the Alsace-based company, which is primarily a ballet troupe, adapt to Blackburn’s style?

‘Bruno Bouché, the company director, wants to build a ballet for the 21st century, so, how can we use this [ballet] technique in a very modern way. He made a lot of experiments with different creators, sometimes more contemporary, sometimes more neo-classical, but trying to look at how we can create an evolution of the technique itself.’

Many of Blackburn’s stage creations are multimedia, involving specially created video projections – in this case clips of interviews with children – alongside bespoke musical scores and sets. She admits to being very hands on: for Les Beaux Dormants she is co-credited for the lighting design and takes full credit for sets and costumes. The musical score, with the odd quote from Tchaikovsky, comes from Martin Tétreault.

‘I’ve worked with this composer for more than 10 years now. The score has a kind of narrative. We respect the construction [of The Sleeping Beauty], we keep the three acts, but we strip it down to essentials.

‘The set is made up of seven huge pillars with three faces. It’s like a giant puzzle, the faces move to create a picture and each picture represents a part of the story.’

Les Beaux Dormants is billed as a family show, recommended for ages eight-plus. But, appealing as the giant puzzle set may be, and for all the excitement created by the dancing itself, does Hélène Blackburn think the work’s concept – teenage awakening, playing with gender fluidity – will resonate with and engage the younger audience?

“I played a lot with these concepts, in this case just push it a little further. I’ve been doing this for many years now. Initially the children reacted: if it was a man in a suit wearing high heels, they always reacted.

‘Now, something has changed. They are not reacting, they may ask the question, but they are accepting, they have no discomfort. The way they see gender is much more complex now than it was for the previous generation.

‘They still react on kissing, though!' she laughs.

“Children have a very high level of instinct; they don’t have the knowledge, but they have the instinct.’

One of the objectives of the newly refurbished Linbury Theatre, which opened to the public earlier this year, was to explore all possible synergies between work on its smaller, more intimate stage, and work presented on the main ROH stage.

Rarely, though, will there be a more perfectly synchronised chance to see two works concurrently throwing light on each other: The Sleeping Beauty on the main stage and its modern-day reading, Les Beaux Dormants, at the Linbury Theatre.

Les Beaux Dormants is at the Linbury Theatre 21-24 November

The Sleeping Beauty is at the ROH until 16 January 2020