English National Ballet has unveiled its full programme for the 2021/22 season, a blend of cutting-edge new works and much-loved classics

English National Ballet (ENB) has just unveiled the programme for its 2021/22 season, where weighty new work figures alongside a much loved classic and a daring contemporary mixed bill.

Here's the programme in chronological order:

Thursday 23 September – Saturday 2 October at Sadler's Wells – Akram Kahn's Creature.
Akram Khan's third collaboration with ENB has been rescheduled from its original dates, which fell foul of the Covid-19 lockdown. You can read our full preview here. 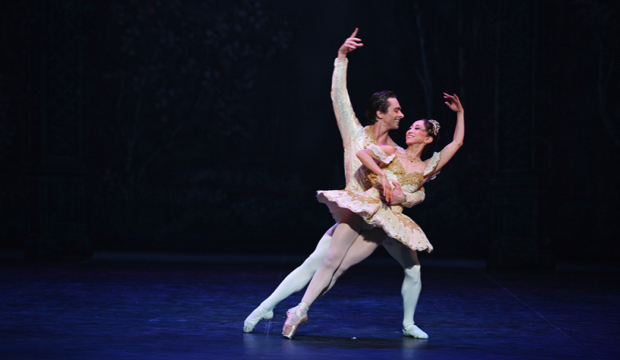 Thursday 13 – Sunday 23 January 2022 at the London Coliseum – Raymonda
Raymonda – the original ballet, that is – is a late 19th-century three-act Russian work choreographed by Marius Petipa to a score by Glazunov, that tells a complicated story of love, heroic crusaders and treacherous Saracens in Central Europe during the Middle Ages.

ENB's remake, though, which is artistic director Tamara Rojo's first foray into choreography and direction, is something else entirely. It keeps the score, but transposes the story to the 19th-century Crimean War, and centres on the figure of Florence Nightingale. Raymonda is now recast as a young woman with a calling to become a nurse, a woman whom Rojo describes as 'a heroine in command of her own destiny.'

With the aim of bringing 'something unique, relevant and inspiring' to ENB audiences, Rojo has surrounded herself with a high-powered production team, with costume and set design by Antony McDonald, lighting design by Mark Henderson, dramaturgy by Lucinda Coxon, character dances by Vadim Sirotin, and choreology research by Doug Fullington. Tamara Rojo's Raymonda is a co-production with Finnish National Opera and Ballet.

Thursday 31 March – Sunday 10 April 2022 at Sadler's Wells – Forsythe Evening
ENB's performances of a couple of William Forsythe works as part of its 'Voices of America' programme at Sadler's Wells in the spring of 2019 fairly brought the house down. The dancers had fun, and so did whooping and clapping audiences. In fact, so did Forsythe himself, who emerged beaming from the wings during curtain call to jive along with ENB's men.

Those works are part of the new 'Forsythe Evening', reworked and accompanied by a UK premiere. Playlist (Track 1, 2) comes in an extended version entitled Playlist EP and new to the UK.

Approximate Sonata 2016, a series of deconstructed pas de deux first performed by ENB three years ago, returns. Completing the programme is Blake Works I, featuring the music of James Blake’s album, The Colour in Anything, which will have its UK premiere here.