Christmas dance on the BBC

Ballet and Christmas make a happy marriage, so tune your TV to the BBC this festive season and enjoy a selection of unmissable dance programmes

The Royal Ballet features in no less than three programmes. They are, chronologically:

Dancing the Nutcracker This documentary follows the delightful Royal Ballet principal Francesca Hayward as she prepares for her debut as the Sugar Plum Fairy in The Nutcracker. 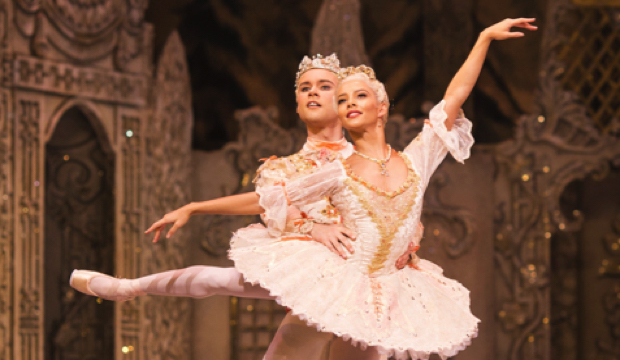 The Nutcracker, Francesca Hayward as the Sugar Plum Fairy, Alexander Campbell as The Prince. © ROH 2016, Helen Maybanks
This much-loved pas de deux, the apogee of The Nutcracker, appears gentle and soft and flowing, but in reality it’s immensely difficult and demanding in technique, control and interpretation, all of which Francesca Hayward illustrates with tremendous good humour.

(The Royal Ballet’s The Nutcracker is in cinemas throughout the festive season. All details here)

Essential Royal Ballet Everything you ever wanted to know about the history of Britain’s preeminent ballet company. Founded in 1931 by the visionary Ninette de Valois as the Vic-Wells ballet, it made the Royal Opera House in Covent Garden its home soon after the end of WWII and in 1956 was renamed The Royal Ballet when it was granted the royal charter.

It’s been going from strength to strength ever since, and this programme, presented by Katie Derham, offers viewers the opportunity to gorge in a plethora of clips featuring some of its most famous dancers and choreographers, from Margot Fonteyn to Darcey Bussell, Kenneth MacMillan to Wayne McGregor.

MacMillan’s Manon (videoclip above) is sure to figure.

Beyond Words: Romeo and Juliet – this remarkable adaptation to film of MacMillan’s Romeo and Juliet had a limited cinema release in December; if you missed it, this is a golden opportunity to see the story of the most famous lovers of them all dragged to the streets of Renaissance Verona. The cast is to die for, starring Francesca Hayward as Juliet and William Bracewell as Romeo.

All will be available on iPlayer after transmission.

Beyond Words: Romeo and Juliet