Charmatz had previously showcased work at the Hayward Gallery and on the Sadler’s Wells stage – but danse de nuit, his third London-based project, promises to be a unique experience, displacing dance from its usual setting in favour of the mystery and adventure of the multi-storey car park on Lesney Avenue, Queen Elizabeth Olympic Park.

The work is influenced by the terrorist attacks of late 2015 in Paris. Charmatz explains: 'Public spaces are places where we assemble and yet it is true that in the public space today, especially in France and in Europe, we are haunted by security and danger.'

Danse de nuit evokes the political art of the cartoon and uses humour to tackle danger, as Charmatz continues his investigation into how we experience dance and a fascination with unconventional locations.

This latest venture will be an intense and urgent 'urban night dance', featuring six dancers attempting to explore their minimalist setting after hours, and set against the backdrop of the din of the city.

Charmatz himself is adamant: 'Come rain or shine, we dance. A sort of extreme dance for an offbeat public.'

His danse de nuit is definitely not for everyone. However, if you’re willing to be taken out of your comfort zone, it represents a rare opportunity to see this choreographer-cum-philosopher’s own brand of physical theatre in a challenging, memorable setting. 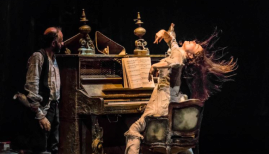 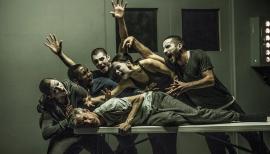 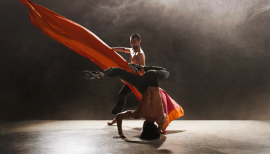