Birmingham Royal Ballet joined forces with Ballet Black to present a mixed bill that dealt with memories, love and revenge, and ballroom dancing

Lister’s immensely stylish A Brief Nostalgia (pictured top) is a very ambitious work that tries to substantiate the intangible: the longing for things no longer there, denoted by the untranslatable Portuguese word ‘saudade’, which provided the choreographer's starting point.

Grey-clad dancers push at the walls as if trying to unlock something: their memories, perhaps? As a solitary woman bourrées ever more frantically, a man materialises from behind the wall. They dance together, oh so briefly, before he melds into the wall; and a similar vignette is performed on the opposite side of the stage.

And then six couples run on and off like an ever more overwhelming rush of memories into a particularly febrile mind.

The final section has one couple, Delia Mathews in a long evening dress, partnered by Brandon Lawrence, in a yearning, lyrical barefoot pas de deux. You presume that what went before was a slew of her memories, although the narrative arc of A Brief Nostalgia is unclear.

Ballet Black’s award-winning The Suit, from the acclaimed choreographer Cathy Marston, came next. 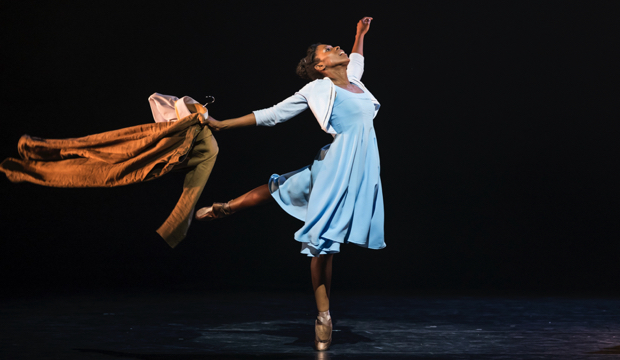 Cira Robinson as Matilda in Ballet Black's The Suit
Cathy Marston specialises in narrative ballets; and she is at her best in short, succinct works such as The Suit, where she can draw meaning and emotion from every gesture and every step.

Inspired by South African writer’s Can Themba’s eponymous short story, The Suit tells of a husband, Philemon, who finds his wife Matilda in bed with her lover and punishes her by making her treat as an honoured guest the suit the lover left behind in his flight.

Ballet Black, made up of dancers of black and Asian descent, is a small company of seven members. In The Suit, five dancers act as a Greek chorus shadowing the ever more harrowing action between husband and wife, as well as the inhabitants of the small town where the work is set. 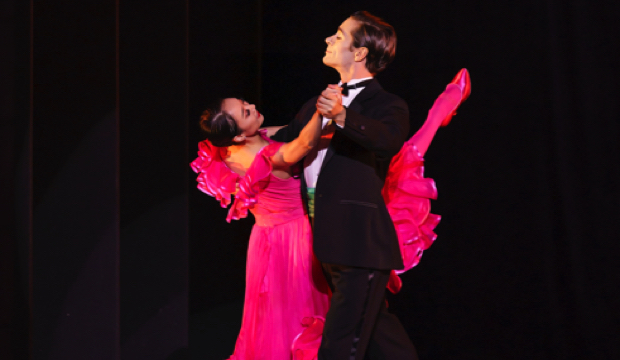 There are times when the introduction of balletic steps sits uneasily with the specifics of ballroom dancing; but when Tharp surrenders to simple ballroom, the piece flows better.

These are ballet, not ballroom dancers... but anyway, would you ever miss an opportunity to wallow in the inimitable tones of the greatest crooner of them all? 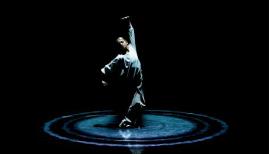