As BalletBoyz enter their 20th year, directors Michael Nunn and William Trevitt talk to Culture Whisper and assure us that the best is yet to come 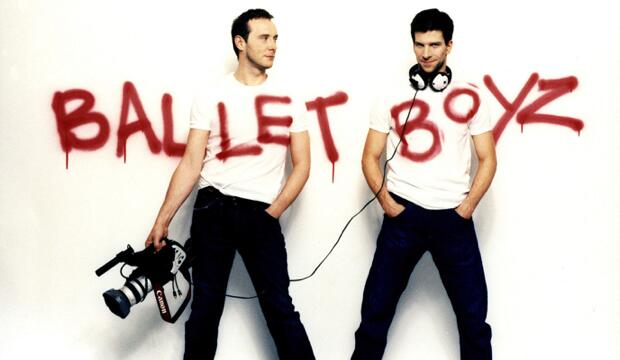 BalletBoyz, Ballet Graffiti. Photo: Paul Postle
It all started in 2001 when Michael Nunn and William Trevitt, two former Royal Ballet dancers, decided to put on a small-scale show at the niche Camden venue, the Roundhouse.

Reviews were mixed. While acknowledging the extraordinary quality of Nunn and Trevitt’s dancing and their preternatural connection on stage, critics were doubtful about the project. Of the BalletBoyz moniker The Guardian wrote:

‘For two men in their 30s who want an extended career in dance, that name and all its cheeky-chappie implications may at the very least become an embarrassment.’

Sitting in their Kingston HQ 20 years on, the original BalletBoyz look, well, quite boyish really, and far from embarrassed… in fact, they cannot help but gloat – just a little.

Asked about the highlights of the past two decades, Michael Nunn says:

‘I suppose the first highlight was launching at the Roundhouse, which was huge for us. The next big highlight was working with Sylvie [Guillem] and creating that show, Rise and Fall, which we toured internationally for a good few years.’ 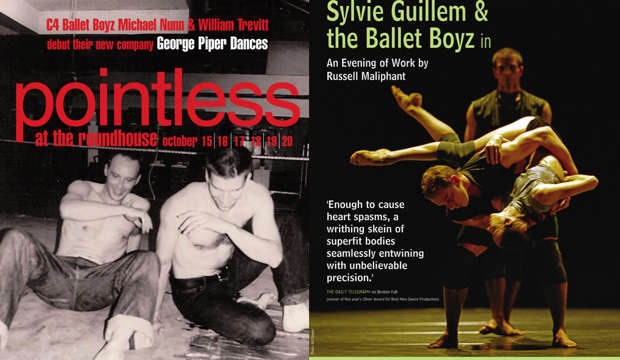 BalletBoyz, the early years. Posters for shows at the Roundhouse (left) and Sadler's Wells (right)

Michel continues: ’Then, when we decided to retire from the stage and had this new idea of using these young men, so many people said it wouldn’t work, and it did, so that’s a big highlight.'

William Trevitt adds: ‘I’m struck, having recently seen dancers reaching the end of their classical careers putting on big shows, how much resistance there was to the idea that we were serious and would have any kind of longevity, that that show at the Roundhouse, we’d do that and then we’d never do anything beyond that.

‘I feel particularly proud that we have found a way of making it work, and I’m reminded of that whenever we put on a show, or make a film, I look around and see hundreds of people employed on the basis of an idea we had, that seems like a massive achievement.’

Over the past 20 years, BalletBoyz, a small company whose numbers have varied between 12 and the present six dancers, have built an enthusiastic following both in the UK and abroad, with work from a myriad choreographers, such as Russell Maliphant, Christopher Wheeldon and Javier de Frutos, to mention but a few, work that’s always new, often cutting-edge, and has imprinted in our mind images that can never be erased. 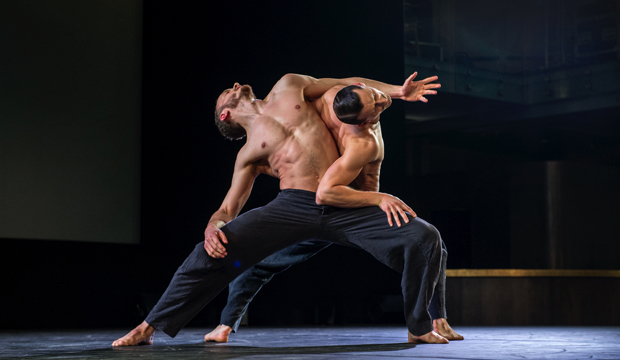 BalletBoyz, Harry Price and Bradley Waller in Us. Photo: Annabel Moeller
The current double bill, Deluxe, is another landmark in the development of BalletBoyz, having been 20 years in the making, according to Michael Nunn:

William is unequivocal: ‘They’re obviously commercial. I think they’re both really brilliant pieces. Who knows if we deserve that?’

We all laugh; this whole interview has been a remarkably relaxed and joyous encounter, Michael and William’s fizzing energy quite contagious. It’s not hard to see how they inspire their dancers.

‘They really are excellent pieces,’ William goes on, ‘and very different from what we’ve done before, particularly the creative process, and the experience of the dancers, and all of that is the result of having this foundation, these 20 years.’

‘And I think having faith in our audiences,’ Michael interjects, ‘that they’ll take a chance with us, because it’s a very, very different show, very theatrical, and it’s very different for the Boyz as well! I would have loved to have been pushed like that, but I was too busy doing Cinderella and Swan Lake… 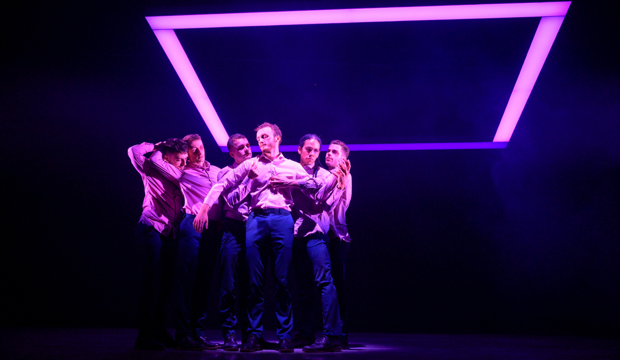 BalletBoyz present Deluxe, Bradley 4.18. Photo © George Piper
‘It’s not always been easy because Maxine [Doyle, choreographer of Bradley 4.18] works in a very different way. She’s not always interested in the steps, so it was hard for them to get going at first.

‘I think one of the big challenges for them with this new show is how they’re going to utilise that 20 minutes interval to completely shift their thinking, their approach, their mood…the two pieces are so very different.’

For BalletBoyz' faithful audiences Deluxe will surely bring mixed emotions: the joy of seeing the dancers tackling something new and exciting, mixed with the sad news that after this they won’t be performing live for a couple of years.

Instead, BalletBoyz will be concentrating on some of the other projects that are an integral part of their brand: film-making and educational programmes, in particular outreach work with special-needs children.

In one of those projects they’ll use their award-winning 2016 film Young Men, an elegy to the soldiers of the first world war, choreographed by Iván Pérez.

Young Men was ‘a really rewarding experience,’ says William Trevitt. ‘It started as a short film, became a full-length stage work, then we turned it into a feature film, and now we’re turning it into an outreach programme. 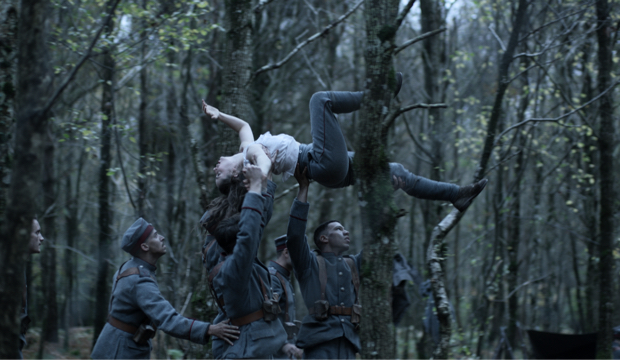 Still from theBalletBoyz film Young Men
‘It will involve some of our outreach team going to schools, showing the film, then teaching some repertoire, and holding a creative session based on the way that Iván created the movement language.’

There’s more in the pipeline and not only in the short term for, as William puts it, they’re always ‘thinking of the next project, and the one after that.’

They’ll be working on a new film – William is the cinematographer – but beyond deciding that it’ll deal with mental health, they’re not yet sure how it’ll pan out.

They may put together another book – the first BalletBoyz book came out 10 years ago.

They’ve started talks with the Royal Ballet, the BBC and other partners to film a second Kenneth MacMillan ballet, Manon, set in Paris, following on from the enormous success of last year's realistic Romeo and Juliet – Beyond Words.

And they are involved in a longer-term project, a documentary that follows a group of 11-year-old Royal Ballet School students until their graduation in 2026, the school’s centenary year. No sense of a flagging of interest or commitment after all this time – on the contrary.

'I feel like I’ve just started!’ says Michael. Asked about plans for the next 20 years he says: ‘I hope we’ll still be making theatre and making films. We don’t make films for money, so it’s vocational, it’s passion.’

Long may it last.