TRY CULTURE WHISPER
Receive free tickets & insider tips to unlock the best of London — direct to your inbox
Prepare for warp speed as Star Trek, the cinematic reboot of the hugely popular television series, arrives at the Royal Albert Hall with not only an action-packed storyline and sparkling interstellar visuals but a magnificent score by Oscar-winner Michael Giacchino, which will be performed live by the Royal Philharmonic Concert Orchestra conducted by Ernst Van Tiel.

Featuring Simon Pegg (the beloved British comedian and star of Hot Fuzz) and Chris Pine (from Wonder Woman), Star Trek follows the story of the USS Enterprise crew united for their first deep space adventure. See it one day before watching the sequel Star Trek Beyond also performed as part of the Films in Concert series at the Royal Albert Hall. 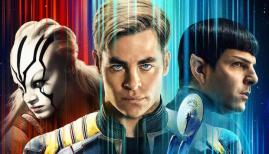