This year, he returns with the usual musical ensemble of saxophones, trumpets and trombones to perform a mixture of jazz classics, unearthed treasures from his music collection, and 'Christmas oddities'. Expect to hear music from Big Band greats, including American jazz pianist Count Basie and composer Duke Ellington.

Here's everything you need to know about the line-up arriving at the Royal Albert Hall in time to kick off the festive season and put a swing in your step:

Co-hosting the evening with Big Band-leader Guy Barker will be British Jazz Vocalist of the Year 2017, Clare Teal.

Joe Stilgoe is an internationally acclaimed singer, pianist and songwriter.

Stilgoe has toured all around the world, appearing in jazz clubs from New York to Berlin, including sell-out runs at London’s legendary Ronnie Scott’s. He has appeared as featured soloist with orchestras including the BBC Concert Orchestra and John Wilson Orchestra.

Mica Paris is one of the UK’s most respected female singers with a career full of Top 10 hit singles and albums worldwide.

The range, power, and sheer soulfulness of Mica Paris’ singing made an immediate impact on the UK music scene in 1988 when she released her debut, platinum-selling album, So Goodfrom which she had her first top ten hit, My One Temptation.

Singer and hammond B3 player Georgie Fame is a genuine legend of the British music scene.

His blend of jazz and R&B earned him three number one hits in the early ’60s, and over 50 years later he’s still performing.

Tony Momrelle is one of the most exciting and significant Soul musicians on the modern British stage.

Tony was lead male vocalist of the famous British Acid-jazz band Incognito for more than sixteen years before launching his solo career in 2015, and has toured with some of the greatest artists in the world, including Earth, Wind & Fire, Janet, Whitney Houston and many more.

Clarinetist and Giacomo Smith, leader and founder of Kansas Smitty’s House Band, is a celebrity among London’s jazz aficionados.

Giacomo Smith was born in Italy and grew up in upstate New York. He picked up on jazz very early from his mother’s great affinity for Dave Brubeck, and developed a deeper interest in classical and jazz music. 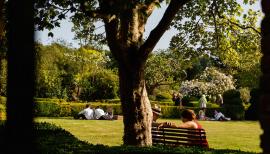 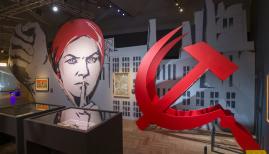