Mahler, Tchaikovsky and music for the trumpet, all played by one of the finest orchestras in the world, visiting London for two nights

Andris Nelsons conducts the orchestra, which dates from 1743, in programmes dominated by the great symphonies of Gustav Mahler, a composer with whom the musicians have a particular affinity. Nelsons, for many years with the City of Birmingham Symphony Orchestra, became Kapellmeister of the Gewandhausorchester Leipzig this year.

The Gewandhaus takes its unusual name from the garment traders' guildhall in Leipzig, where the concerts that were already a feature of the city's musical life were first given in an upper room in 1781. Since then the orchestra has moved house several times, and today its state-of-the-art concert hall is a focal point in a city suffused with music, not least because Bach worked and composed there for so many years. 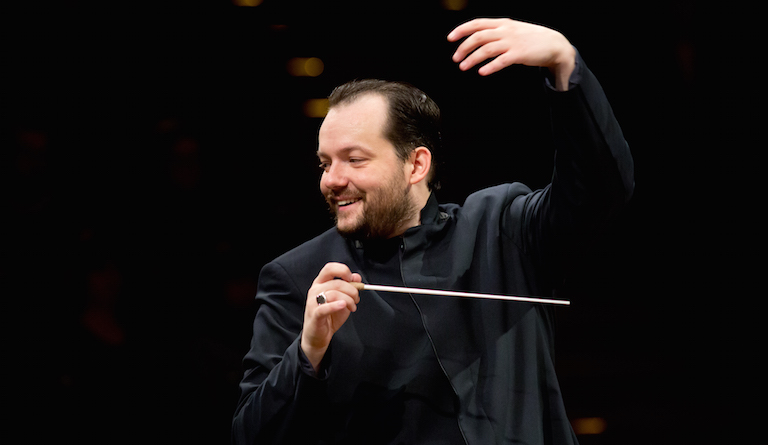 The first London concert (8 Oct) marks the centenary of the birth of composer Bernd Alois Zimmermann, whose Trumpet Concerto is fuelled by an African-American spiritual and an implicit denunciation of racism.

Nelsons himself began his career as a trumpet player. The instrument plays an important part too in the fanfare that opens Mahler’s much-loved Fifth Symphony, with which the concert ends.

In the attractive programme of the second concert (9 Oct) there is more Mahler, this time his towering First Symphony, written in 1887/8, when Mahler was conducting the Leipzig Opera. Listen out for the double bass soloist in the third of four movements playing variations on Frère Jacques...

The evening opens with the UK premiere of a new work Māra by the important Latvian composer Andris Dzenitis and continues with orchestral and sung extracts from Tchaikovsky’s best loved operas, including lovesick Tatyana’s 'Letter Scene’ from Eugene Onegin and also that opera's foot-tapping dance, the Polonaise.

Don't miss the chance to hear these amazing musicians in music both familiar and unfamiliar.