Classical music with a twist, mime and spectacle lead naturally to dancing till closing time to DJ Nico Bentley

New ensemble Festival Voices takes over an old tannery near London Bridge for an evening of short choral classics, old and new, with mime theatre inspired by Shakespeare. And if even that sounds a little serious, then it's the audience's turn, with dancing to DJ Nico Bentley.

Nor is this choral music as conventionally staged. The Estonian composer Arvo Pärt’s wonderfully ethereal Magnificat and The Woman with the Alabaster Box will be lit in a way that translates sound into stunning visuals. Frank Martin’s Five Songs of Ariel, composed in 1950 to words from The Tempest, come to life in the form of Paris-based mime artist Jason Ribes, who transforms himself into Shakespeare’s unpredictable spirit creature, servant to the sorceror Prospero.

Finally, Henry Purcell’s spell-binding 17th-century story in song of love, loss and death, Dido and Aeneas, is re-scored with electronic music by producer and DJ Nico Bentley and the Pencil Collective.

The first FV Session brings together works from the Baroque to the present day, and is intended to pave the way for other collaborative and innovative ways to listen to the musical repertoire. Doors open at 6.30PM, and once the music starts at 7.30PM there won't be much sitting in rows: in the second half, audience members are invited to dance until closing time. 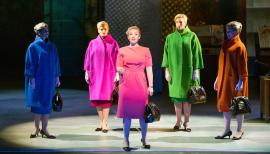 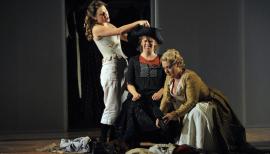 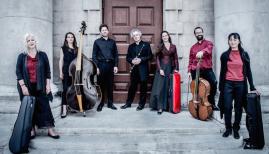