There's something for everyone in a week of Christmas music

Messiah is performed (14 Dec, 7:30PM) by the Hanover Band, praised for its vivid sound and faithfulness to composers' intentions. Andrew Arthur is the director and the soloists in Handel's great retelling of the Christmas and Easter story are Erica Eloff (soprano), Tim Morgan (alto), Bradley Smith (tenor) and Triston Hambledon (bass). 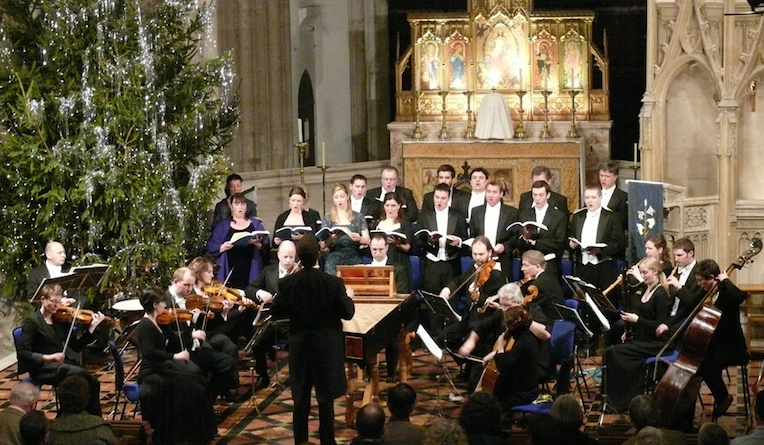 Music and science meet in Antimatter Matters (17 Dec, 11.30AM), in which the Orchestra of the Age of Enlightenment directed by Steven Devine performs a Christmas cantata by JS Bach, and Professor Tara Shears explains how the particles of our world overlap with the symmetry of music.

The bold brassy sound of players Septura blow into Christmas with arrangements of familiar music for seven instruments (18 Dec, 7:30PM). A definite inspiration too for any young brass players in the family, Septura will give its own take on Tchaikovsky's Nutcracker Suite and highlights from Handel's Messiah, with other festive items.

Children and the young at heart will rush to a screening of The Snowman with live music played by the Mozart Symphony Orchestra, and, in the second half of two concerts (19 Dec, 1:30PM and 4:30PM), Saint-Saëns' Carnival of the Animals presents a whole menagerie in music, with creatures including Tortoises, the Elephant – and Pianists.

The festive knees-up ends (22 Dec, 8PM) with the Albion Christmas Band, including artists from Fairport Convention and the Albion Band, on a musical tour of British Christmas customs.

Early bookers can scoop tickets at £9.50 for some events. Click here for ticket information.