Dark Phoenix is set in 1992, a decade on from where Apocalypse left off. The X-Men are now national heroes, but when they are hit by a solar flare during a space rescue mission, Jean Grey becomes the victim of cosmic forces and loses agency over her telepathic and telekinetic powers, turning into, you guessed it, the titular dark phoenix. The remaining X-Men must now fight to protect her – and the world.

Simon Kinberg makes his directorial debut here, having previously written and directed several of the X-Men series. He has revealed that Dark Phoenix will be the first in a new line of X-Men films featuring (even) younger versions of the original characters – as McAvoy et. al are already playing younger versions of Patrick Stewart and Ian McKellen's generation. Dark Phoenix promises to deliver brilliant acting, strong female characters and breathtaking special effects – it could just be the superhero film to save 2019. 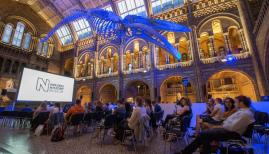