In Woman At War, Halla (Halldóra Geirharðsdóttir) sabotages aluminium factories to save the environment. But when she has the chance to adopt a child, her dedications become divided

Many movies portray Iceland as a vast, icy desert – cold, desolate, away from the world. In many ways, Woman at War aims to melt these perceptions of the country, showing massive green Icelandic landscapes that go on forever. Director and co-writer Benedikt Erlingsson flies into these picturesque highlands, all to find a solitary woman intent on saving the planet.

Her name is Halla, aggressively played by Halldóra Geirharðsdóttir, and she’s not your average peaceful eco-warrior. She’s endlessly resourceful and destructive, sabotaging power lines to stop aluminium factories from polluting the environment. It’s a commendable plight, but one waded in complications as Halla’s application to adopt a child is finally accepted.

Oh, and she sees singers, drummers, and trumpeters performing whenever she's tense. Weird. 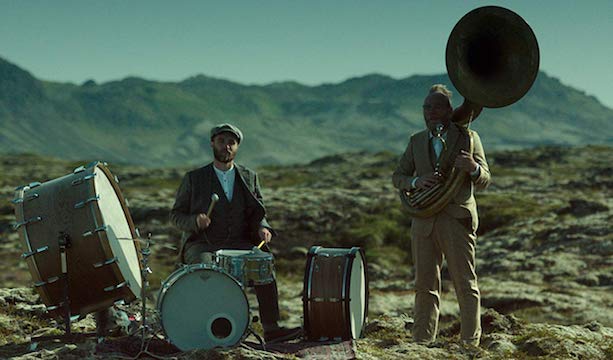 Halla is easy to like, wielding a punky attitude while running a local church choir. She hides behind rocks and inside trenches from police and SWAT teams to avoid conviction. All the while, in occasional splashes of dark humour, a clueless Spanish tourist – always in the wrong place at the wrong time – keeps being arrested for Halla's acts of eco-terrorism.

The government in question tries to control the narrative that Halla is trying to put forward, which gives the film a few small thrills – even, at times, unfolding like a political espionage drama.

Although there are some decent action scenes and funny moments, Woman At War preaches the same messages over and over again. When the reflections about media, politics and global warming dry up, there’s not a whole lot left for Halla’s story. Even her conflicts about adopting a child while creating anarchy are left empty and unfulfilled.

Her illusory band, banging and drumming and singing, lends a crack of kookiness to the story, but it’s still a rather predictable adventure.

Geirharðsdóttir’s performance and Bergsteinn Björgúlfsson's scenic cinematography offer good reasons to stick to the end, especially when considering the visual poetry of the film's final shot. But there just isn't enough, the concept proving stronger than the story. Maybe Jodie Foster will rectify these omissions in her upcoming, English-language remake... 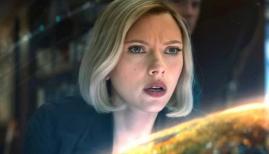