To be in transit is taken for granted as a temporary state by those who have a home. One can plant their roots in a permanent spot, and travel is only a minor inconvenience. But the life of a refugee is one constantly lived in the temporary. Always on the move without a moment to rest your feet. A home is a foreign concept, a luxury just out of grasp.

With Transit, German director Christian Petzold completes a heart-wrenching trilogy of films he calls ‘Love in the Time of Oppressive Systems’ alongside Barbara and Phoenix. It speaks to the ideological obsessions that reside in Petzold’s brain: how does one retain their humanity when the world seeks to destroy it?

While sneaking onto an overnight train to Marseille, Georg (Franz Rogowski) discovers the documents of a deceased writer only referred to as Weidel. He has the documents he needs to escape to Mexico, and in an accidental case of mistaken identity, Georg assumes the author’s name to jump to the front of the queue.

A ship is set to leave in three weeks, and the dull bureaucracy of visa applications and consulate meetings morphs into a daring race against time, jumping through hoops as the departure date looms.

The heart of the film lies in the tender love between Georg and Weidel’s wife Marie (Paula Beer). There’s a push and pull, a guessing game as to whether affection is mutual, whether they wish to escape France together, or apart. A love triangle develops, but the winner is a third man who’s no longer alive. 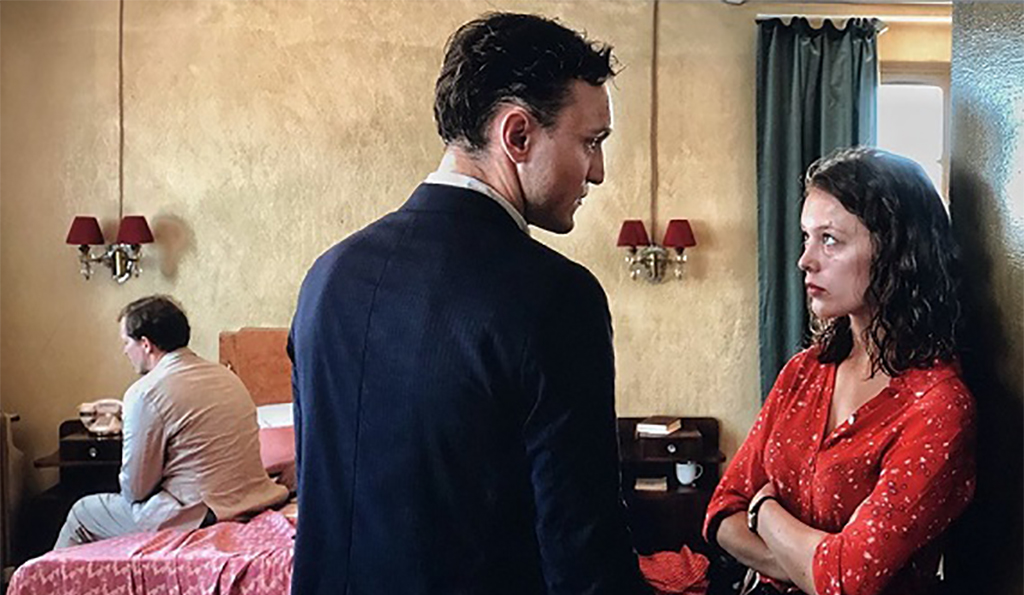 Like the refugees who have no place where they belong, the film bears no loyalties to the past or present. Transit exists in some liminal space in time, a few degrees removed from today. The war-torn terrain suggests the country is deep in the Second World War, and yet leather jackets rest on the shoulders of frightened men, for time is irrelevant in this modern interpretation of occupied France. Petzold's disregard for historical accuracy is confounding at first, but it's quickly forgotten as the story's soaring emotion takes hold.

Menacing soldiers clad in black patrol the neighbourhoods, offering no respite for the city’s weary travellers. Nazi iconography is removed, setting the tone for a more sinister, faceless form of fascism that’s terrorised the French streets. Characters speak of an encroaching ‘cleansing’, moving from city to city like a moving time bomb.

The film is based on Anna Seghers’ 1942 novel, an account of the author’s escape from a WWII work camp to Mexico. This accounts for the temporal confusion, but in place of a historical drama, Petzold has crafted a haunting allegory of the current state of the world.

In one scene, the two lovers reunite at the bar they frequent together. Marie runs to Georg, and they passionately embrace with no intention of letting go. 'At last I’ve found you', she says, and they stay in that position, taking time to absorb each other’s company. The patrons of the bar stare at this public display of affection, partly out of confusion, partly out of fascination. It’s as if they’re staring at an exhibit in a museum. Love has become an ancient relic, buried deep underneath the rubble.