Théo et Hugo dans le Même Bateau – called Paris 05:59 in France – is the kind of arty drama that could have been precious, but ended up near-perfect

Theo & Hugo film review 5 Theo & Hugo film review Matthew Robinson
You know what a ‘meet cute’ is, right? It’s the bit in a film where the two romantic leads bump into each other for the first time. It’s Hugh Grant spilling orange juice on Julia Roberts in Notting Hill. It’s Martine McCutcheon swearing adorably at Hugh Grant in Love Actually. It’s the chance for the protagonists to come together, clash, and discover chemistry. Neither of them has to be Hugh Grant, but it helps.

Hugh Grant isn’t in the scene – unless he’s lingering somewhere in the shadows – but then it’s not your typical meet cute. Although it could have happened differently, it wouldn’t have the same effect: the dynamic between Theo and Hugo would be less heady, less sudden and hormonally-charged, and the love story that follows wouldn’t have the same intensity. Of course, we might still have learnt something about the protagonists if they’d met in an artisanal bakery, but their characters wouldn’t have been established so vividly and in so few words. 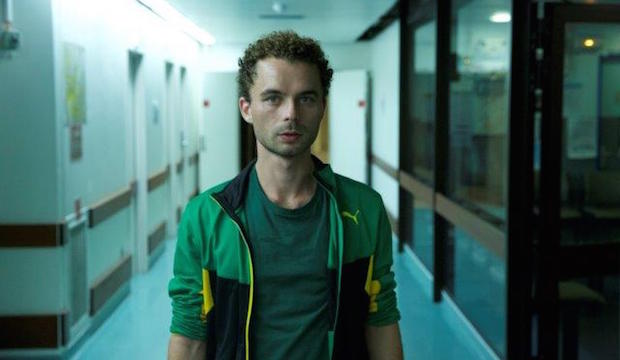 This scene also initiates the film’s plot (such as it is), and gives its arty drama some higher-than-usual stakes: Hugo turns out to be HIV-positive, and Theo hadn’t thought to use a condom. This necessitates a midnight visit to the hospital, a trip that becomes a sort of inverted first-date at A&E, with a dinner of plastic-packaged madeleine and emergency medication. The rest of Theo and Hugo's night is spent wandering Paris, fluctuating between guilt, resentment, forgiveness, and burgeoning love.

This encounter – the entire film – is played out in real-time, although you barely notice it, as it’s not as gimmicky as the recent one-take-wonder Victoria. That film was a low-budget masterpiece about young people getting to know each other, until it became a low-budget thriller in the last act. Theo & Hugo retains composure throughout. The explicit sex at the beginning turns out to be a commitment to realism that pays dividends: the film is believable and beautiful, a near-perfect two-hander that deserves to be seen by everyone.

It helps that the direction (by Oliver Ducastel and Jacques Martineau) is stylish without being intrusive, and that Geoffrey Couët and François Nambot put in sympathetic performances. Couët in particular, as the quiet Theo, can convey immense feeling without words. By just watching his eyes, you can tell he’s feeling intensely. It’s not clear exactly what, though. Not everything in Theo & Hugo is explicit.