Chris Morris's second film delves into a specialist department of the FBI that jails terror suspects on circumstantial evidence, but has many laughs on the way. Anna Kendrick stars

‘The FBI is how America f***s itself,’ states an FBI informant in The Day Shall Come, the second feature film from controversial satirist Chris Morris. Government agencies have attracted some movie attention in these especially corruptible times, as will be seen in Official Secrets (GCHQ, NSA) and The Report (FBI, CIA). Whether hiding international coercion or illegal torture, these institutions are clearly not as sacrosanct and moralistic as they pretend to be.

Morris, with the eyes and brain of an investigative journalist, shines a funny but horrendous light on a lesser known objective in the FBI: imprisoning so-called terror suspects on circumstantial evidence to fill a post-9/11 quota. 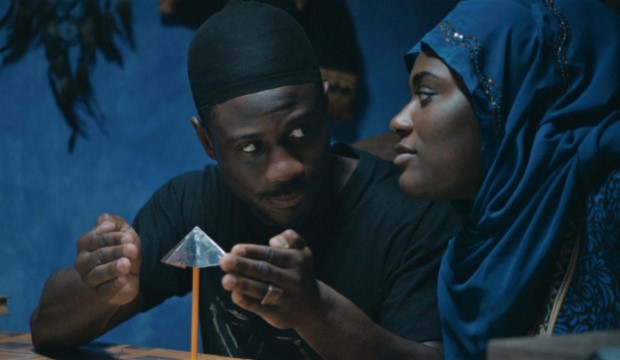 Marchánt Davis stars as Moses, the deluded prophet of The Star of Six

Enter Moses (Marchánt Davis), the Miami-based prophet leading his own religion, The Star of Six. He claims that he can blow up cranes with his mind, that God speaks to him through ducks, and that he can summon dinosaurs.

Morris continues to pursue his talents, plunging into the unfathomable absurdities in real-world situations – as previously seen in his debut feature Four Lions, which also followed a gaggle of wannabe terrorists, as well as his TV satires like The Day Today and Brass Eye. The Day Shall Come is more in line with the latter two, delighting in the unexpected and ridiculous; scenes rush from black-facing a white Santa statue to urinating in uranium canisters. It’s baffling tangents such as these that make Morris such an exciting filmmaker.

Jesse Armstrong (Succession) is credited as a co-writer to the script, and it’s easy to see his influence. He's the adept craftsperson of the most inventive insults known to television, and his dialogue thunders with some darkly excellent quips (‘your d*** is like an inverted belly button’, ‘as useful as a penny whistle up an orang utan’s butt’, etc).

These brutal back-and-forths mostly belong to the FBI department, who pick Moses as their latest terror suspect. The agent Kendra Glack (Anna Kendrick) is put in charge of the case, and she’s desperate to prove herself in rooms of horrendously sexist/racist/trigger-happy males. This is a refreshing shift for Kendrick (best known as the a cappella hero in the Pitch Perfect movies), who shows that she can be more than just safely amusing. The Day Shall Come proves she’s breathlessly brilliant at comedy of the darkest hue. 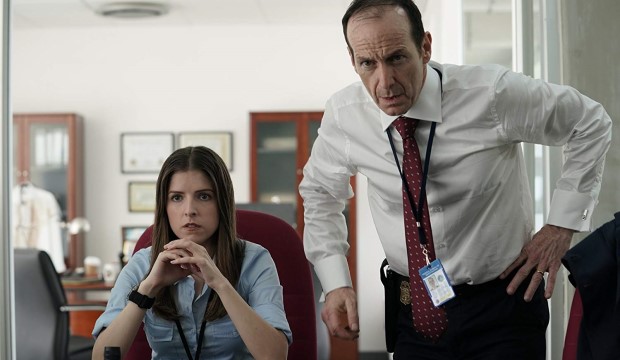 The Day Shall Come is a refreshing shift for Anna Kendrick (left), who proves breathlessly brilliant

But although the film never bores – the time passing fast and seamlessly in a stream of strange fun – Morris doesn't engage with enough empathy for Moses or his followers.

In Four Lions, we come to love the four extremists as though they were mates from next door. Morris emulates a similar hilarious direction of clueless, delusional characters in The Day Shall Come, but that convivial connection is intriguingly absent. He gets lost in the satire and the politics of it all, and, because of this, the film is a near-miss towards what could have been a black comedy for the gods.

The Day Shall Come