Israeli innovator Nadav Lapid (The Kindergarten Teacher) returns with a fascinating film on. Synonymes won the Golden Bear at the 2019 Berlinale

Synonymes won the Golden Bear at the 69th Berlinale.

A well-endowed young man (his body becomes alarmingly familiar) hurriedly climbs flights of stairs in a nice Parisian apartment building; the camera convulses more than the traveller by the time he reaches the top. This is only the beginning of a collective exhaustion, as Lapid latches onto his protagonist Yoav and never lets go. Newcomer Tom Mercier inhabits the character with such incandescent unpredictability that his disposition invokes fear as much as ridicule, as he storms the streets and speaks theatrical soliloquies like hellos.

On paper, the film responds to a straightforward identity crisis and the search for a sense of home for the young Israeli, a former soldier who has fled his country, now armed with only a dictionary of synonymes. But nothing is so simple, with Lapid's arresting direction creeping into people’s lives with frantic angles.

The director's 2014 feature The Kindergarten Teacher (remade in 2018 with Maggie Gyllenhaal) introduced the dissonant sense of naturalism that characterises Synonymes: nothing ever becomes fantastical, but events seemingly set in the real world still grow increasingly astonishing. 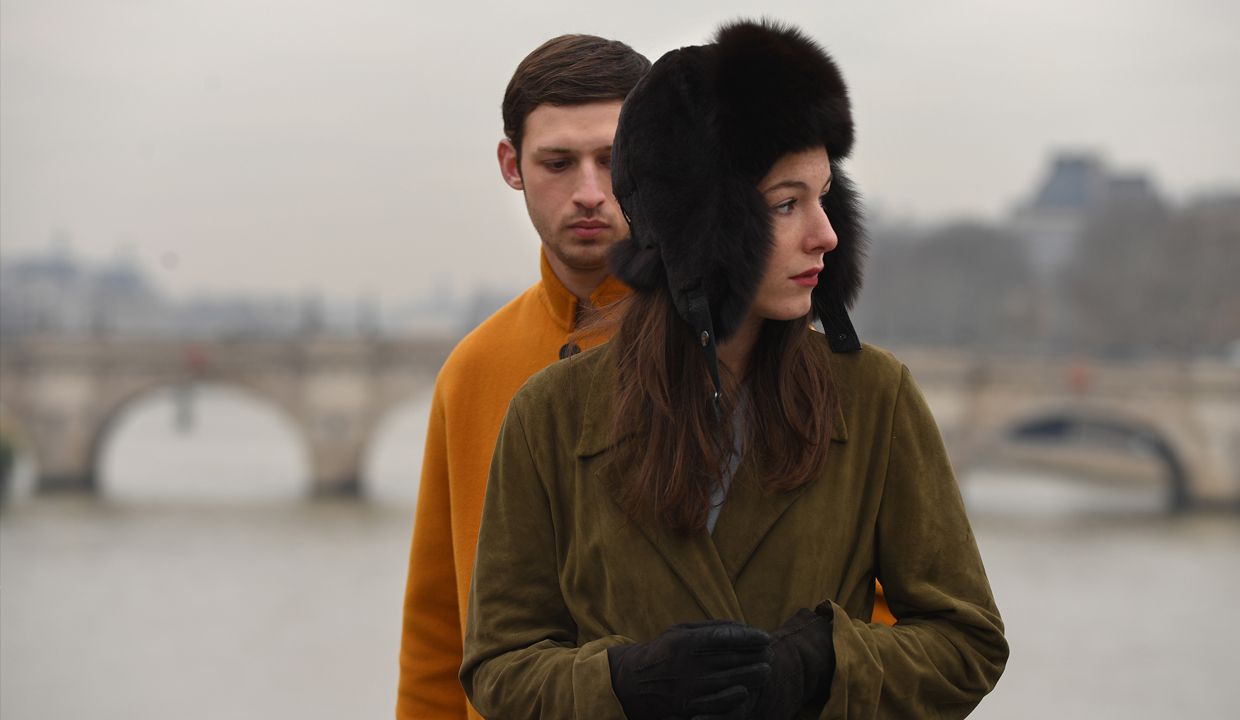 Living circumstances are enumerated with shopping-list like order in Yoav’s tiny bedsit: on his walls, pictures of Napoleon, Kurt Cobain, Van Gogh; in his saucepan, a daily dirt-cheap meal (€1.28, he specifies) of spaghetti, tomatoes and creme fraîche. He has crisps for dessert. Is there something inherently wrong with Yoav? There are no obtuse romanticisms about PTSD or quarter-life crises, but the sensation that he’s on the brink of something irreparable never fades.

Mercier ping-pongs between theatricality, animalism, supermodel-beauty and opaque gormlessness in his performance. His face and body look familiar and inviting, but his behaviour throws any predictability out the window almost immediately; from the moment he slips and falls down hard on his back, stark naked, in an empty apartment and just gets up and carries on.

The people he’s surrounded with are no less baffling. A beautiful and bourgeois couple, Emile and Caroline, find Yoav at his weakest and, for reasons that are never explained, they help him out – with clothes, money, sex, transactional friendship. Emile is a writer who ‘drinks before writing to quell the fear’ and Caroline obsessively plays the oboe. Neither can save Yoav, but their presence regulates the emotional yearning that comes to define the newcomer, while showing their own psychological crevasses at the same time.

Ultimately, assimilation only brings up more questions for Yoav. He finds answers in words that sound like those native to his new home, but he travels further and further away from any discernible meaning with every epithet. ‘My whole life story is yours’, Yoav easily tells Emile. Or is he telling us? Lapid writes a twisting, maddening neo-fairytale that toys with eroticism as much as themes of belonging and religion. The resulting journey of self-discovery is one that could be uncomplicated, but in fact turns out to be an implacable, phantasmagorical experiment of what our identities give and what a dissatisfaction with them takes away.

Review at the 2019 Berlinale. Synonymes is yet to receive a public release date.