In Support the Girls, Regina Hall plays the manager of a sports bar that specialises in 'boobs, brews, and big screens'. But, strangely, there's a lovely feel of sisterhood

The first scene in Andrew Bujalski’s Support the Girls shows Lisa – a fierce, overworked restaurant manager – crying in her car and making sure the tears don’t ruin her make-up. And that’s just the start of an exceedingly hectic day.

Lisa runs a Texas branch of ‘Double Whammies’, where men can eat burgers while ogling waitresses in denim shorts and tiny crop-tops. But she ensures that the waitresses feel safe and comfortable, that the pervy men behave appropriately, and that the ‘mainstream’ brand of Double Whammies is maintained. She rarely has a moment to catch her breath. 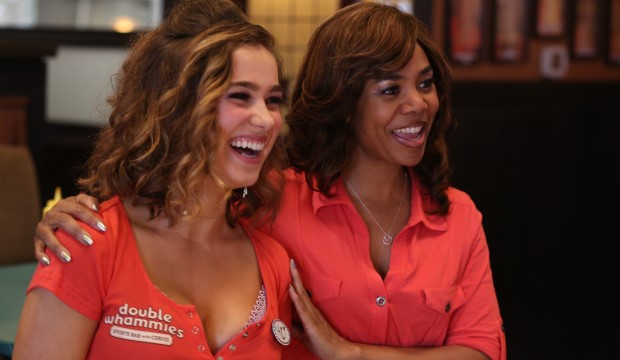 To the uninitiated, these Hooters-type family restaurant chains (that’s right: they’re for families) are baffling as a commonplace section of American culture. It’s hard to believe such places exist. Bujalski delves into Double Whammies with a restrained and realistic style, bordering on documentary, showing a slice-of-life insight into that misogynistic world through Lisa’s eyes.

Regina Hall, in a far cry from her comedy roles in Girls Trip and the Scary Movie franchise, delivers a naturally sad and tireless performance as Lisa. There are moments when Hall can relax, usually in the brief tranquillity of bird calls or the noises of the nearby motorway, but it’s not long before another issue for Lisa rears its stressful head. She’s in a constant, anxious state of keeping it together.

Bujalski creates a story out of each problem, with problems lacing every scene. Every hurtful line, every undesired result, every slimy expression tests Lisa to her limits - piling on to the point where her sanity starts to fall away. Her tasks grow numerous and overwhelming, with so many characters causing trouble in a 90-minute runtime. Bujalski creates so much to remember, showing Lisa's overloaded mind.

But this is assuaged by the women working under her. There’s a pulsing, affectionate sense of sisterhood between them, which helps them bear the bad parts of the job. 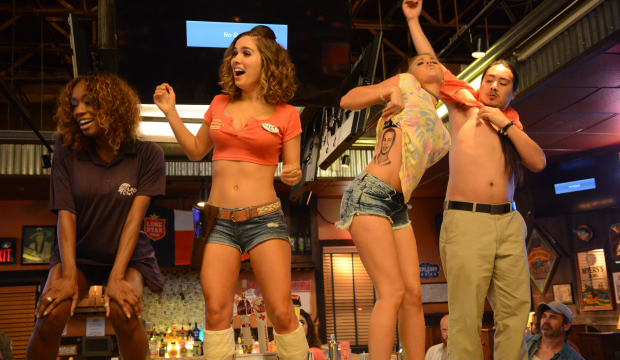 Support the Girls has a pulsing, affectionate sense of sisterhood

Maci is an explosive vision of optimistic smiles and colourful energy, and actually enjoys flirting with customers – vibrantly played by The Edge of Seventeen’s Haley Lu Richardson. Newcomer Shayna McHale plays the apathetic Danyelle, who’s irritating at first but grows into a lovingly supportive force for Lisa.

Their love for each other is suppressed because of their work, but it eventually spills over – culminating in a gloriously expressive finale.

Sometimes the problems are too big for small people to solve. Overweight women won’t be hired and two black waitresses won’t be placed on the same shift. Bujalski isn’t trying to overthrow the gross attitudes and prejudices in the world, he's showing how support and friendship can help a sordid situation.

No matter how many horrendous trials Lisa endures, her friends from Double Whammies will always be there. Support the Girls is about making life more bearable in a man’s world, by sticking together.