Camille Vidal-Naquet's debut follows a male sex worker (Félix Maritaud) on the streets of Strasbourg, in an unrelenting exploration of desire, sex, and love

The opening scene starts off simply enough: Léo, a 22 year-old man, goes to a doctor’s office for a check-up, laying on a table in just his underwear. The doctor checks his body, but suddenly moves down to his crotch and starts stimulating his patient with no apparent struggle. It turns out the whole scenario was a fantasy, paid for by the ‘doctor’ who really works for the IRS.

This is one of many sexual adventures Léo has to endure as a male sex worker on the seedy streets of Strasbourg. 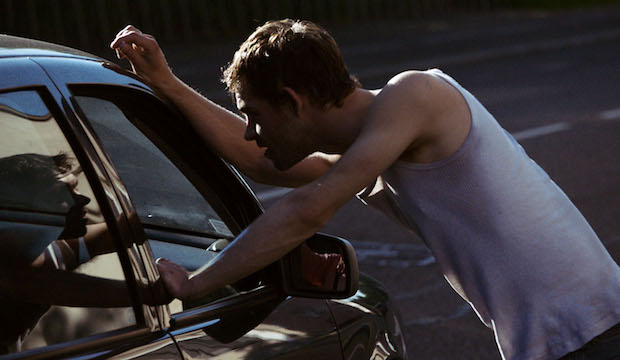 Léo (Félix Maritaud) flies from one experience to the other, initiated by drivers pulling up to the gay spot

Vidal-Naquet likes to revel in these sorts of surprises, ranging from the funny to the horrible. Léo appears indifferent to most circumstances, moving from one job to the next, initiated by drivers pulling up to a popular hook-up spot. But he's also constantly walking the line between love and sex. His desire for intimacy is found in his love for Ahd, aggressively played by Eric Bernard, who constantly denies he’s gay despite having a lot of sex with men.

There’s a colliding frost and warmth in their relationship (if you could call it such) – Ahd’s willing to help Léo out in sticky spots, but will avoid kissing. 'Whores don’t kiss', he says. Letting affection or romance get in the way of pure carnal desire creates something real. Vidal-Naquet shows a recognisable world in which ‘real’ is less preferable to the artificially instant. Léo wants something real, he craves it, but the job forbids it.

Sex comes in progressive waves of graphic detail. Vidal-Naquet adopts a New Wave/Dogma 95 style, pushing into lonely apartments and claustrophobic nightclubs with all the grounded visual pleasures of shaky zooms and location shooting. Moments of intimacy have a rough explicitness, not so dissimilar to Lars von Trier’s Nymphomaniac, playing out like well-crafted pornographic content, with uncomfortable variety. It’s raw and real and distinctly unromantic. 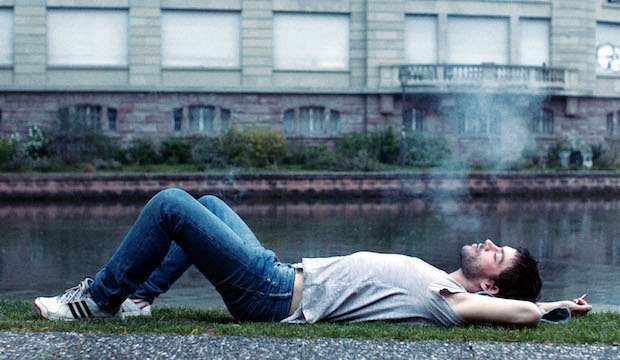 Félix Maritaud creates an innocence in Léo, a tenderness that spills

In his first leading role, Félix Maritaud conjures something warm in Léo. He’s a character who lives life in the present tense, not thinking back or forward, or even thinking much at all. He just does. That’s the task of a sex worker in Sauvage: get in, get paid, get out. But despite these instincts, Maritaud creates an innocence in Léo, a tenderness that spills.

Vidal-Naquet offers only momentary glimpses of the character's background. He’s fascinating to follow, as he treads his brutal and cyclical road. But there’s a desire to know more about him, left unfulfilled by a somewhat disappointing final shot. There’s an emptiness about it, one that reduces curiosity instead of swelling it.