This February, the BFI devotes a season to Preston Sturges’ audacious comedies with their Unfaithfully Yours Season, showing a stream of some of the funniest films ever made.

Book 2 tickets for the price of 1 with our exclusive discount!
Book 2 tickets for the price of 1, valid on all Preston Sturges films at the BFI in February and March 2016. To book your tickets follow this link and quote WHISPER241. Alternatively, you can book your tickets over the phone or in person.
BFI, Southbank kicks off its February season with a tribute to Hollywood's celebrated playwright, screenwriter and film director, Preston Sturges. From 1 February to 16 March, the institute will showcase Sturges' short but prolific Hollywood career; classic comedies such as Sullivan's Travels (1940) The Lady Eve (1941) and The Palm Beach Story (1942) will be screened, the latter two both enjoying extended runs.
Last year, four of Sturges' seven hits from 1940 and 1944 – The Lady Eve, Sullivans Travels, The Palm Beach Story and The Miracle of Morgan’s Creek – made the Writers’ Guild of America’s '101 Funniest Screenplays' poll (surpassed only by Woody Allen). From audacious screwball comedies to biting satire, the season will be an opportunity for audiences to discover some of the funniest films ever made.
Hailed as both comic genius and harbinger of a more personal approach to Hollywood filmmaking, Preston Sturges was actually almost thirty years old before he wrote his first play. He was also a very late cinematic bloomer, making his directorial debut at the mature age of 41.
Although he had already garnered a reputation as a talented writer of clever and crowd-pleasing screenplays, it wasn't until he decided to rock the boat with his political satire, The Great McGinty (1940) that Sturges really came into his own. In spite of its utterly disillusioned perspective on American power structures, The Great McGinty was a hit and prompted the Academy of Motion Picture Arts and Sciences to establish a new category – Best Original Screenplay. 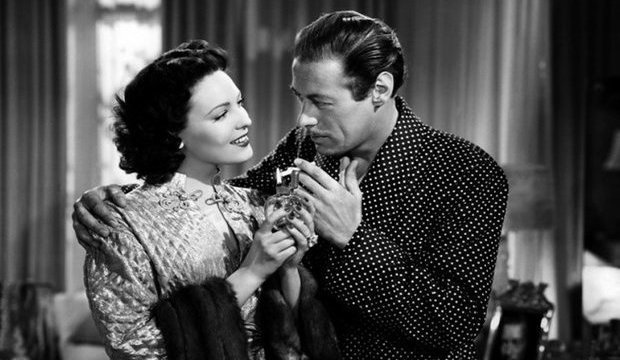 In Sturges’ comical world, the notion that hard work, dedication and honesty will take you where you where you want to go in life is consistently undermined. In his films, anyone with real ambition 'plays dirty' and doesn’t look back, whilst by-the-book idealists lose their bearings in the reality of American life, ending up as cynics constrained to the edges of society. Yet Sturges paints his images with such endless wit and seamless storytelling that the resulting films are as wonderfully weird and entertaining as they are poignant.