In Out of Blue, Patricia Clarkson tries to solve a case of a murdered cosmologist (Mamie Gummer) while learning a lot about Schrödinger's Cat

Shaking up a genre can be exciting, when done well. It’s a chance to revise old storylines and create something new and absorbing, when done well. But these bright and deconstructive ideas can fall apart with the wrong approach, accidentally collapsing into parody rather than homage. And now Out of Blue, the latest film from British director Carol Morley, finds itself in the sillier company: a modern film noir, not done well.

Patricia Clarkson (Sharp Objects) plays Detective Mike Hoolihan, a recovering alcoholic who tries to solve the case of murdered cosmologist Jennifer Rockwell. Hoolihan presses on the suspects, most of whom are Jennifer's fellow physicists, and shows a remarkable ignorance of basic theoretical concepts. Regardless, she plunges herself into the world of black holes, parallel universes, and star stuff. 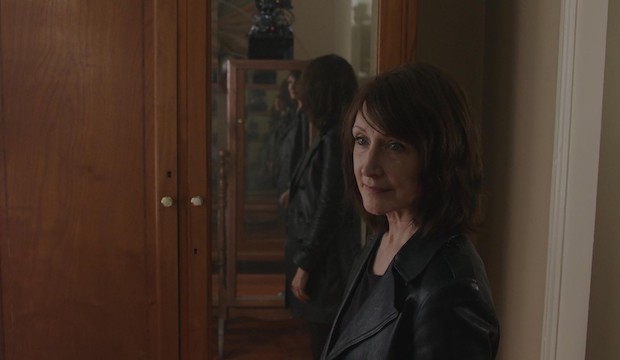 Out of Blue tries to subvert certain genre expectations. We expect Hoolihan to be a drunk rebel who breaks the rules to find the killer. We expect the killer to be caught. We expect the answers to be spoken in morbidly satisfying tones. But this neo-noir doesn’t succumb to these tropes, and in some ways that’s admirable – bringing a tinge of nihilistic abandonment. The chaos of the universe means that many questions must be left unanswered, as Hoolihan comes to realise.

But in removing these tropes, clichés are left behind to grow and throttle the narrative. After an hour of poorly written revelations, perpetually exhausting dialogue, and copiously condescending explanations about Schrödinger's Cat, there’s barely a whiff of curiosity to follow Hoolihan’s journey. And it’d be halfway bearable if Hoolihan was halfway interesting, which not even the cold talents of Patricia Clarkson can achieve. 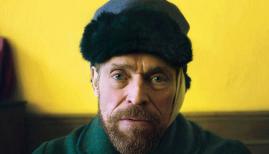