In the new political thriller from Gavin Hood (Eye in the Sky), Keira Knightley plays Katharine Gun, a GCHQ employee who leaked an email coercing support for the Iraq War

The UK’s controversial involvement in Iraq feels like a pale contender to the current political apocalypse. But, considering the lives lost during that time, its weight still hangs heavy in history.

Official Secrets, based on the true story of whistle-blower Katherine Gun, tries its best to recapture that tangible period. The film — director Gavin Hood’s eighth feature, following his superior drone thriller Eye in the Sky — is patchy and dramatic, but provides a small, educational insight into one of the most important leaks in modern times. 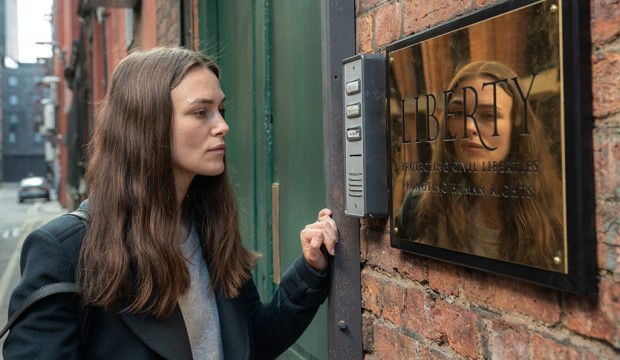 Katharine Gun worked at GCHQ in the weeks leading up to the Iraq War. She came across an email from the NSA encouraging the blackmail of UN members to support the war. Gun leaked the information and it ended up on the front page of The Observer, leading to a court case accusing her of treason for breaking the Official Secrets Act 1989.

It’s strange that a film about a whistle-blower — the risks she faced, the life she left behind — should platform such a tediously depicted protagonist. It’s a predictably stiff performance from Keira Knightley, playing Gun, only occasionally convincing when she slates the lies the government tells; there’s a real fury there.

But the fault really lies with the screenwriters Sara Bernstein, Gregory Bernstein, and Gavin Hood, who don’t dig deeper into the more human reasons for Gun’s defection. Sure, we’re offered a few background details, as well as her memorable response to being told she works for the British government (‘No, I work for the British people’).

But what led her there? Why her, of all people? The film leaves these questions dangling, and the first act sets off a pessimistic dread: will it be like this for the entire film? 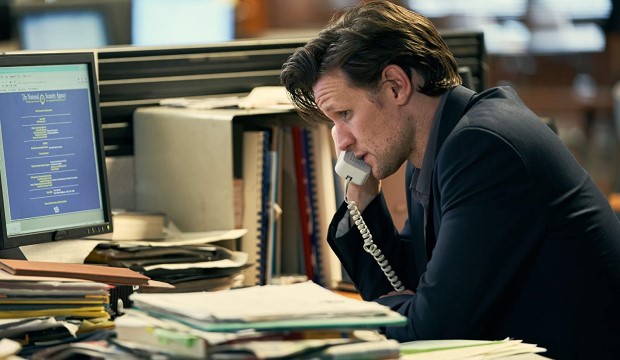 A stubbly Matt Smith rocks up as Martin Bright, the journalist who broke the Gun story

Thankfully, Hood moves away from Gun’s cottage in Cheltenham and drops into the London offices of The Observer. A stubbly Matt Smith, playing Martin Bright, rocks up as one of those conventional movie journalist characters determined to find the truth, while being explosively bellowed at by his editor (played by Game of Thrones’s Conleth Hill).

It’s not the quiet, restrained, realistic environment of the Oscar-winning Spotlight — plenty is over the top. But, as with any journalistic drama, there’s an intellectual satisfaction in watching the writers find the pieces in the story and fix them together.

Ralph Fiennes eventually emerges from shadows, like his Shakespearean reputation proceeds him, playing Gun’s lawyer during the third-act legal battle. He carries the movie as it stumbles, offering some much-needed humour and sharp dialogue which most of the film regrettably lacks.

Given the punch of similar journo/courtroom dramas written by Aaron Sorkin (The Newsroom, The Social Network) or Liz Hannah (The Post), Official Secrets struggles to compete. It’s only a shame that Fiennes’s character didn’t feature more, considering he’s the most watchable character; and, considering the unprecedented personal drama of the final scene, it’s likely a lot of his scenes were cut.

Although this true-life investigative drama occasionally finds its fascination, it’s not as engrossing as it should be.

In cinemas this weekend: Baz Luhrmann jolts Elvis back to life
Sign up to CW’s newsletter
By entering my email I agree to the CultureWhisper Privacy Policy (we won`t share data & you can unsubscribe anytime).