In the Oscar-nominated Never Look Away, artist Kurt Barnert (Tom Schilling) endures a lifelong search for his aesthetic identity following the Nazi occupation and Soviet rule

Three-hour films are always hard to justify, especially when they’re not crowded with superheroes. And with modern television, long stories can be severed to make them more accessible and convenient for the masses.

But the 189-minute Never Look Away, Germany's submission to the Oscars, refuses that approach for better and worse. There are several moments, particularly in the first act, that could've been cut away - but as the film continues, the length becomes integral to the lifelong journey it's exploring.

Loosely based on the life of artist Gerhard Richter, the Oscar-winning filmmaker Florian Henckel von Donnersmark paints a sprawling, intriguing portrait of an artist as a boy, a teenager, and a young man – spreading across three hours, three cities, and twenty-nine years (1937 – 1966). 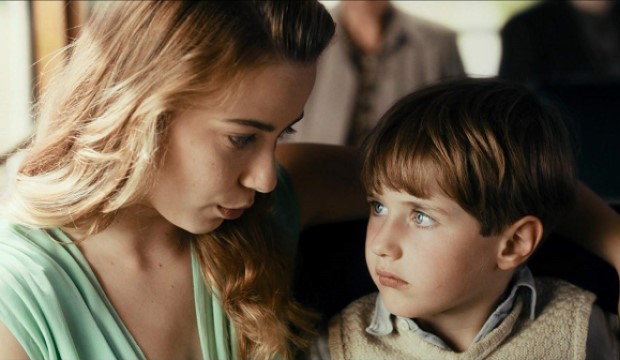 The first act unfolds slowly, without much focus. The artist-to-be, Kurt, is growing up in Nazi-occupied Dresden with his young, inwardly rebellious Aunt Elisabeth. Donnersmark captures the evil of the regime without wincing away from the gruesome realities, not taking long to enter the harrowing interiors of green gas chambers.

It’s been done infinite times before, but the focus on disabled victims of the Holocaust breathes new ashes into a thoroughly covered context. But Kurt doesn't witness to these crimes, which shortchanges the more subtle, subjective layers the film tries to achieve. And despite being Kurt’s story, Donnersmark takes an absurdly long look at the sadistic Professor Seeband, who signs off mental patients to concentration camps.

At first, it’s not clear why Seeband is given so much screen time. But, eventually, his brutal part in Kurt’s life is revealed, like lifting a blank sheet from a violent painting. 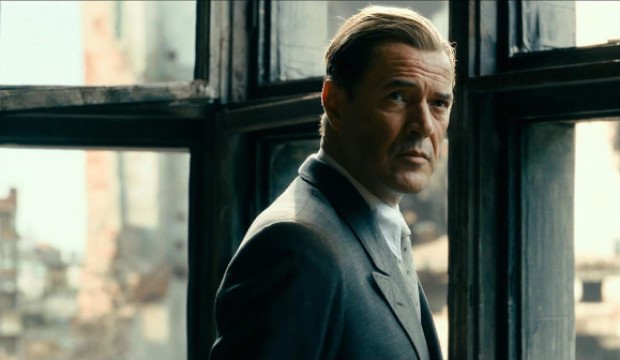 Most movies would use this twist to produce a revenge thriller or a courtroom drama, but Donnersmark steers away from artifice and lets the story unfold organically, realistically. The more dramatic elements don’t take precedence over Kurt’s artistic ambitions. This is faulty to some extent, as the plot points aren’t often treated with enough pause and severity.

Kurt swaps Nazis for Soviets when he attends art school in East Germany, painting Socialist Realism propaganda emphasising community and quashing individuality. He meets Ellie, a fashion student, with whom he engages in a sugar sweet and intensely sexual relationship.

Despite a lot of tasteful and gratuitous nudity (especially from the female actors), the film is mostly aroused by Kurt brushing details in his paintings, or staring at empty canvases, or spilling black paint on white sheets – pursuing an ‘idea’. Watching him experiment, after leaving East Berlin and moving to the avant-garde art scene in Dusseldorf, is an enticing, seductive experience - as thrilling as any Rocky montage. 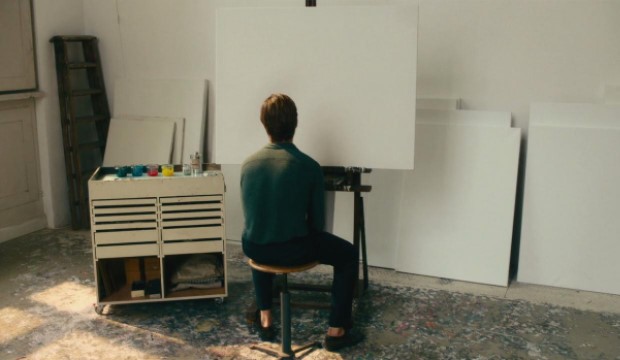 It's a hard, mindful journey before Kurt (Tom Schilling) finds his aesthetic

Kurt tries to find his artistic identity and, partly as a result of the film’s length, Donnersmark doesn’t sketch a forced or contrived route to get there. It’s a hard, mindful journey before Kurt finds his aesthetic – delving into horrifying memories that he rarely mentions in words.

When he finally paints that deeply familiar picture, the climax is deeply stirring - mixing mind and heart like they’re complementary colours on his palette.

And perhaps the most profound part of Never Look Away is that, even after three hours, there are still questions ponderously unanswered and threads left bravely untied. Like any great piece of art, it’s interpretive – not academically, but emotionally. Tom Schilling, playing Kurt, reveals nothing about what’s underneath his character. That’s for the viewer to decide.