Capturing the tireless campaigning of four trailblazing female democrats, Knock Down the House seizes and delivers the urgency of fresh politics on Netflix

‘How do you prepare for something you don’t know is coming?’. Alexandria Ocasio-Cortez, a 28-year-old waitress from the Bronx in NYC, earnestly asks documentary filmmaker Rachel Lears in 2018. This exchange was intended as an expression of anxiety over the upcoming campaigning in the midterm elections, but also could be applied to the scope of the project Lears undertook with her galvanising documentary Knock Down the House.

The film platforms the journeys of four women running for Congress. All four are fuelled by a different fire, but very much with the same aim – challenging stagnant, stale positions of power, until the very edifices have burned down.

Stories of long-overdue upheaval, both personal and political, have coloured the film industry with an increased sense of urgency in the last few years – let’s pin the beginning of the enlivened movement to November 2016, to be precise. It seems that the historic shock of the latest US presidential election sent waves through our cultural consciousness to rethink the vital influence of the stories we tell more than ever.

Watching Knock Down the House in 2019 feels like completing crucial homework rather than optimistically speculating on a better future. It’s been difficult to ignore the magnanimous influence of AOC since her historic victory, beating her opponent, ten-term incumbent Congressman Joe Crowley to earn her seat at the table representing New York's 14th district in Congress. Although Knock Down the House aims to follow Cori Bush, Paula Jean Swearingen and Amy Vilela just as much, it always comes back to Ocasio-Cortez. 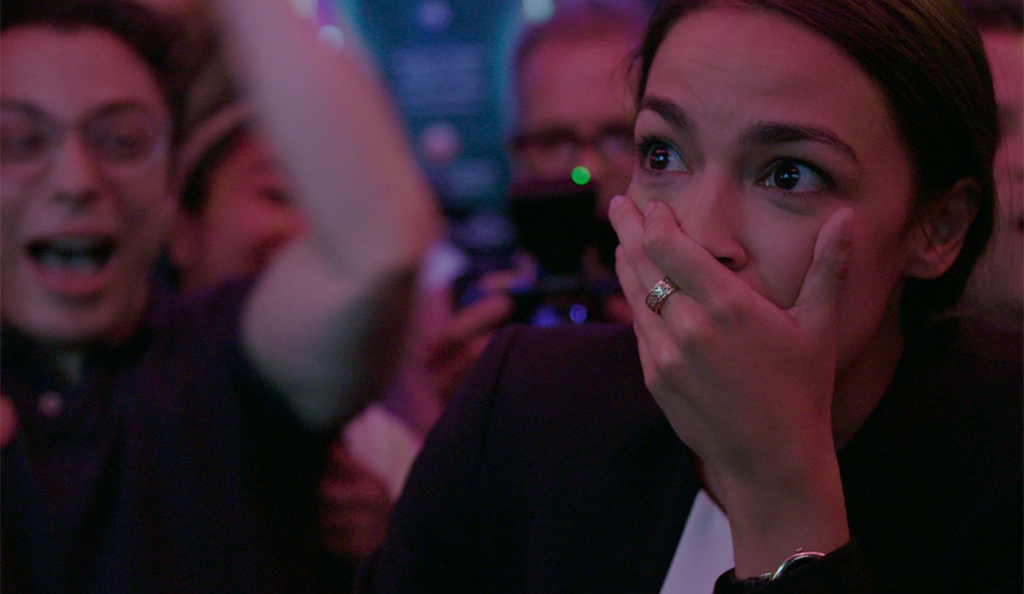 Alexandria Ocasio-Cortez on the night that changed her life

For viewers less familiar with the current political landscape in America, the film offers a digestible and passionate understanding of what these women are fighting for, and why even those who aren’t fighting need to listen up. In terms of the film itself, the time delay between production and release means that the ultimate outcome isn’t so surprising and the process is less strenuous – but everyone likes a happy ending.

This is the story of the underdog, taking on the gatekeepers with selfless determination and transparent vindication. Although Knock Down the House ticks a lot of familiar boxes in terms of the narrative format and more traditionally inspirational stylistic choices, the authentic ambition is unrivalled.

These four voices are speaking for all those who haven’t been heard – allowing this film, and such a historic movement more broadly, to effectively target and dismantle a threadbare status quo rather than just halfheartedly bolstering the ego of yet another person who only believes in themselves. Although the execution of this movie might not make waves, there’s no stopping the tidal effect of its subject, who’s only just getting started.