Risk is the precursor to Oscar-winning Snowden documentary Citizenfour, the director's muddled but fascinating take on Julian Assange

Risk film review 3 Risk film review Matthew Robinson
Near the end of Risk, director Laura Poitras is contacted by Edward Snowden and leaves to meet him in Hong Kong. This trip ends up as the starting point for Citizenfour, the 2014 documentary about the NSA that won Poitras an Oscar. In order to make Citizenfour, though, Poitras had to effectively abandon the subject she was still in the process of filming for Risk: Julian Assange.

Risk, inevitably, has a slightly abandoned feel, a distant older sibling upstaged by a golden child. There’s also the fact that it’s been restructured, rethought and practically remade. The version of Risk that was shown at Cannes last year was far more flattering portrait of Assange and WikiLeaks, even if it didn’t shy away from the obvious flaws. The version of Risk heading to cinemas this week, however, focuses instead on the way that WikiLeaks – particularly Assange, and hacker Jacob Appelbaum (who Poitras had a relationship with) – are implicated in multiple cases of sexual assault.

It’s been said that this change of tone and approach stems from Wikileaks’ involvement in the US election, when the organisation leaked Democrat emails to the delight of Russia (if not with Russia’s collusion). The implication, especially towards the end of Risk, is that it’s fine to expose the US establishment – but not if the result is Trump.

In any case, Risk is no longer heralding the worthy efforts of Wikileaks in spite of its frontman. It’s a character assassination. Well, assassination is too strong. Assange’s character gets a bit of a drubbing at most, and it’s a drubbing limited as much by the limits of Assange’s character as by Poitras’ mixed feelings about it. He doesn’t make for the world’s most compelling anti-hero, despite Risk’s intimate access. 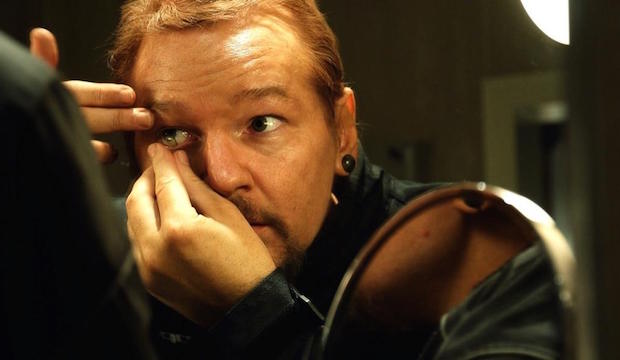 Whether or not they are excusable, there’s nothing particularly interesting about Assange’s flaws. His paranoia is more or less excusable. His belief in a radical feminist conspiracy against him is toxic, but also half-hearted. He’s preening and vain – there’s a funny scene where his helpmeets all cut his hair at the same time while he watches cartoons – but then he does have the whole world’s attention. And even though his application of his ideals is questionable, there’s no doubting the strength (and almost innocence) of his conviction that transparency is best.

Perhaps most damningly, when Lady Gaga comes to interview him in the Ecuadorian embassy, Assange doesn’t revel in the bizarreness of the Elvis-meeting-Nixon moment or cleverly exploit her sympathy: he droningly lists all the organisations that are hunting him as the ‘Born This Way’ singer sags in her chair.

As the nexus of sexual politics and international espionage, Assange is fascinating. But he’s mostly fascinating as an idea. 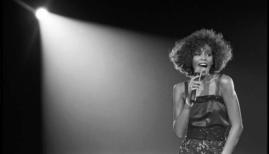 Whitney: Can I Be Me, film review 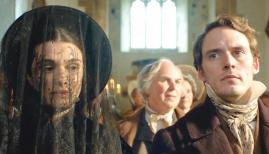