Alongside directing, Kenneth Branagh is following in the footsteps of actors David Suchet and Peter Ustinov and will star as Belgian detective Hercule Poirot. He will be joined by Judi Dench and Daisy Ridley.

Depp is to play Ratchett, the American businessman whose murder aboard the Orient Express train is at the heart of Christie's 1934 classic novel.

Page to screen 2016 and beyond: books making the best films this year and next 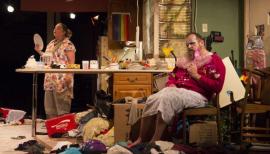