After winning Best Screenplay in Cannes, Happy As Lazzaro, Alice Rohrwacher's pastoral Italian tale, is set to wow the world

Happy as Lazzaro won the award for Best Screenplay at the 2018 Festival de Cannes.

The films of Italian auteur Alice Rohrwacher build ephemeral worlds defined by Mediterranean heat and lonely souls; worlds that exist away from conventional storylines of good and bad, start and finish, romance and reality. Happy As Lazzaro, the filmmaker’s third feature, feels like a slippery fairytale: a story that has a clear hero and kingdom, but with hidden meanings that distort an audience’s expectations with mercurial beauty.

Proceedings begin on an isolated tobacco farm, in an indiscernible timezone. It’s hot, the work is difficult, anyone can see the farmhands are overworked and underpaid. But symptoms that should suggest revolt instead inject the eponymous protagonist, Lazzaro, with a wholly untouchable joie de vivre that epitomises his mystical goodness. His generosity overflows, no task is ever too troublesome for him. His unfathomable purity pumps life into the arid grounds governed by the farm’s boss, Alfonsina de Luna (referred to as ‘Queen of Cigarettes’) and her son, a Marquis named Tancredi.

Lazzaro has the round, gentle face of a character who only exists in cartoons. It’s astonishing to think this is Adriano Tardiolo’s debut performance, as his implacable grace conveys wisdom and almost superhuman patience – the strength of an actor who’s been hoodwinking audiences for years.

His enormous eyes glitter with good will, placing faith in the facts that the natural world, in its changing landscape, have immediately offered him. Is he too good for our universe? Has he been gifted to us from another one? Lazzaro slinks between leaves and hides under chalky rocks, listening to and learning from people’s affections and worries without ever interfering directly. He’s everywhere and nowhere. 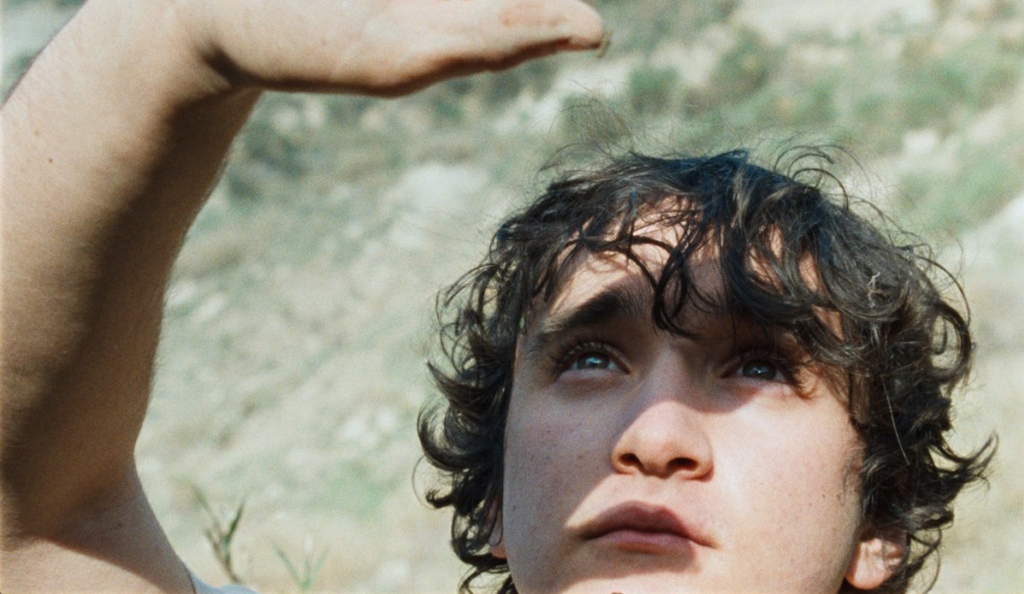 Adriano Tardiolo makes a spellbinding debut in Happy As Lazzaro

Happy As Lazzaro sways like a lullaby, whispered as if cognisance already feels slightly out of reach. Rohrwacher litters visual allegories and evocative verbal clues, accepting that details might escape a first-time viewer – with the confidence that her bewitching images are so compelling it’ll be impossible to forget their impact.

The story bifurcates when the bond between Lazzaro and Tancredi leads the farm to scatter, setting the labourers free and sending Alfonsina to pay her dues. Tancredi disappears, and in the flash of a few seconds, Lazzaro slips out of consciousness. When he wakes up, years have passed. Everything has changed, the cosmos he knows has disintegrated. And yet, he hasn’t aged a single day.

It’s at this point that Happy As Lazzaro soars into a new realm – it’s a greyer one, closer to the reality of precarious urbanism that a Western audience might be more familiar with. But its esoteric power grows, as the magic isn't quite explained but still remains credible, because Rohrwacher’s story has been woven so convincingly. 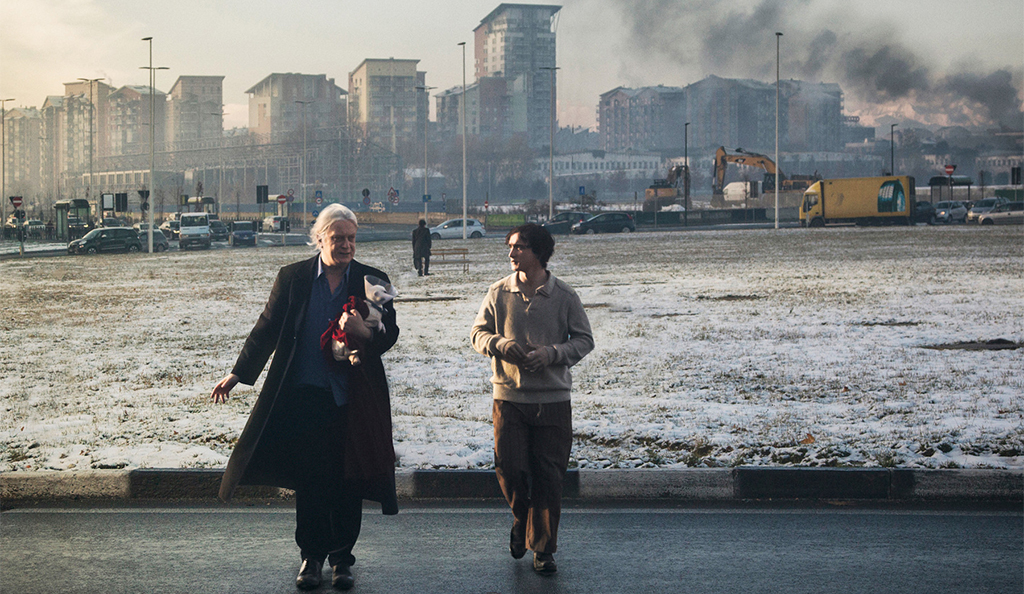 What begins as a commentary on rural precarity turns into something altogether more hypnotic and hazy. Rohrwacher gives a voice to marginalised groups in a pastoral setting, but never sacrifices the alchemy of more abstract cinema.

Lazzaro’s life expectancy isn’t up for scrutiny, nor are the societal rights of Tancredi or the unfairly treated employees. Fragments of poetic feeling waft through the heat, and then the smog, of Rohrwacher’s make-believe society.

In the 1890s, an American boxer named Larry Foley won a colossal cash prize for a fight in New Zealand before boxing was legalised. The newspaper’s headline, ‘Happy As Larry’ caught on, and, for reasons unknown, the phrase just stuck. No one knows why Lazzaro survives and transcends the unjust world he’s thrust into – and yet the quiet bliss of this film inexplicably lingers beyond seasons, years, lifetimes.