To watch Hail Satan? with no prior knowledge is like experiencing a conversion. Initially, Penny Lane’s exciting documentary about the Satanic Temple looks like a rare insight into a twisted religious group – much like Louis Theroux’s examination of the Westboro Baptist Church.

But, in a surprising shift of ideas, it's revealed that the Satanic Temple is actually strongly against against the Westboro Baptist Church. And they rally against homophobia and pro-lifers. And they clear up litter from beaches. And they gather clothes for the homeless. And they strive for religious pluralism.

And yet, many around the world still equate them with KKK members and ISIS fighters – such is the Christian stranglehold on American society, and the world. 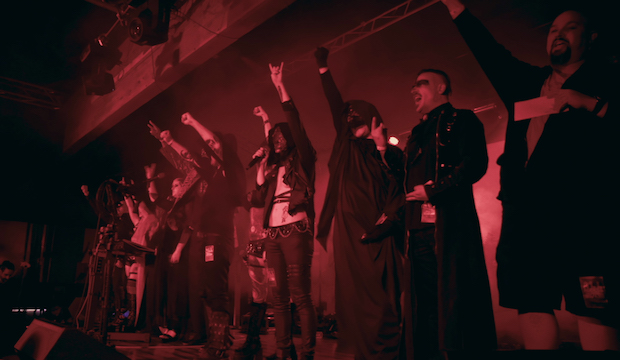 These revelations cause an unsettling guilt, especially as Fox News throw in their loud and scarcely researched opinions. Do people hate the Satanic Temple because of their association with a villain from Christian mythology? Even if they’re not religious, are naysayers seriously trusting the Christian side on this?

It’s difficult not to sound like a religious puritan when discussing the Satanic Temple with such positivity. But as Lane explores the Temple’s motivations, it's clear they’re far more political than religious – many don’t even believe in Satan.

Lots of frightening rituals take place, which resemble a horrific cult giving praise to their lord and master. The idea of dancing naked, choking on wine, and spiking hog heads doesn't look entirely sane. But many of these displays carry a political message, acting more like a dark and aggressive piece of performance art.

It’s shocking to watch, but the Christian equivalent isn’t any less unsettling. One of the interviewed Satanists even describes Catholic Mass as ‘creepy’. He has a point. There's nothing natural about eating flesh (bread) and drinking blood (wine), but it's treated as a perfectly normal activity. 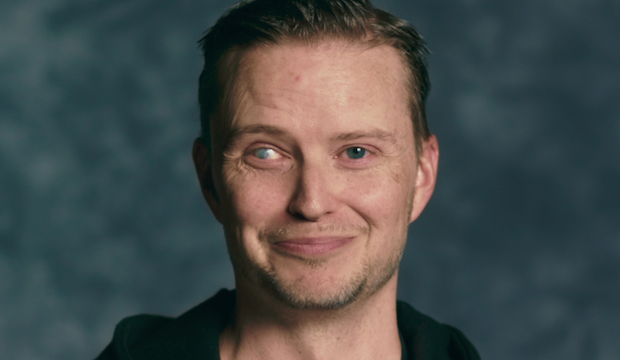 The leader of the Satanic Temple, Lucien Graves

Leading the Temple is Lucien Graves (not his birth name), who’s a polite, political punk. He facilitates the shocking protests over religious infringements in a country that, supposedly, has a separation of church and state. Predictably, he’s met with furious opposition and, at one point, there’s a risk to his life.

With insights from Graves as well as academic professors, Lane traces the origins behind the strong Christian layer in American society. She reaches back to the Constitution, then to the Communist threat in the ’50s that exploded American Christianity (‘IN GOD WE TRUST’), before landing in the Satanic Panic of the ’80s.

This so-called Satanic Panic is the most ridiculous and distressing phenomenon, as people playing Led Zeppelin and Dungeons & Dragons could suddenly find themselves in prison for Satanic associations. 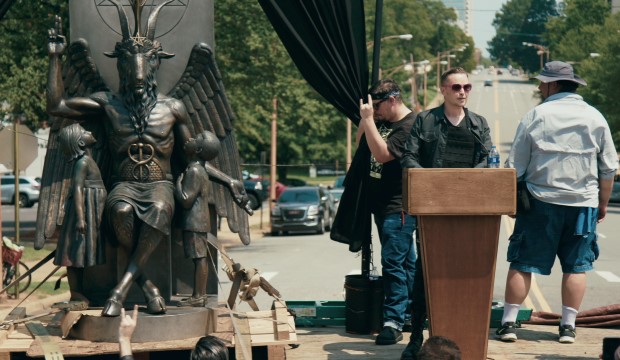 Hail Satan? is perfect for the fake news era, as the vehement attitudes toward Satanism (or at least, this particular branch) are mostly fabricated by God-fearing Christians.

The reality is that the Satanic Temple is an international gaggle of activists intent on showing the flaws in a tradtional system. They even have a brutally brilliant sense of humour, stripping down the nonsensical relics contained in Biblical texts.

Lane has made a thoughtfully insightful, consistently hilarious, and gruesomely surreal documentary. It seems doubtless that the Satanic Temple will have a membership increase once Hail Satan? is released – and good for them. 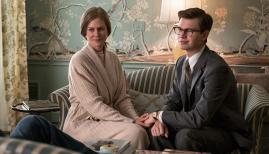 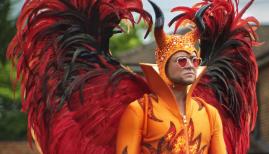