In this epic biopic, filmmaker Sophie Fiennes weaves together archive footage and concert clips to create an illuminating portrait of the legendary singer and model

1 CW reader is interested
Grace Jones: Bloodlight and Bami film review 3 Grace Jones: Bloodlight and Bami film review Dan Einav
With the global icon that is Grace Jones a its subject, the title of Sophie Fiennes’ new documentary seems a little needlessly recherché at first. But a bit of research reveals that ‘bloodlight’ and ‘bami’ refer to the duality of Jones’ professional career and private life. Happily the film offers a unique insight into both.

The words come from Jones’ native Jamaican patois vernacular; ‘bloodlight’ alludes to the red light that comes on in a studio when a track is being recorded, while ‘bami’ literally means ‘bread’; the substance of the day-to-day.

Here, Fiennes fuses a combination of archive home-video style footage and lengthy clips from Jones’ breathless live concerts to create a kind of filmic mosaic of the legendary musician’s life.

Over the course of the feature we see her embarking on a road trip around Jamaica, traveling nomadically around the world for photo shoots and gigs, and working on new material in the recording studio.

At one moment she’s giggling like a child and playing jacks with an old neighbour, in another we see her scolding a session musician for his tardiness. If you take only one thing from this film, it’s that you would never want to get on the wrong side of Grace Jones.

You would, however, give anything to be in her inner circle. One of this film’s achievements is the way in which it lets us feel like we’ve become part of Jones' entourage and made privy to deeply personal anecdotes. A great piece of footage sees Jones – a natural storyteller – regaling her friends (and us) with some context about a notorious TV interview in 1985 when she started slapping a fellow guest.

The incident helped cement Jones’ reputation as a formidable individual at best and, perhaps unfairly, a touchy diva at worst. But one of the most moving aspects of the film is how Jones repeatedly discusses how she and her siblings were abused by her grandfather when they were children. Suddenly we get to see Jones at her most human and we begin to understand that there is vulnerability behind her ferocious persona. 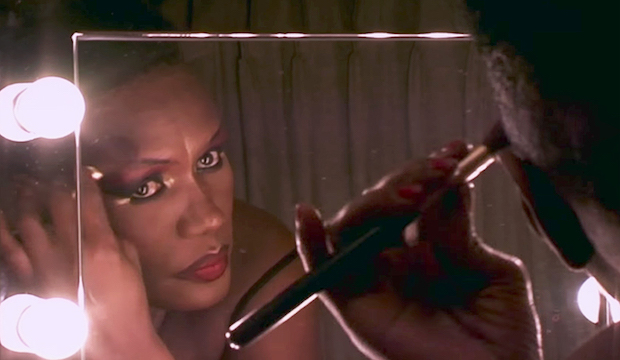 The amount of revealing and entertaining material here is remarkable. However, the film’s vignette structure means that there isn’t a real narrative strand which binds all the footage together and keeps us engaged throughout.

The pacing is by far the problematic aspect – what should have been a pithy 90 minute feature goes on for nearly two hours. There are a number of segments which add little – once we’ve seen Jones yell down a phone once, we don’t need to witness her do so again later – while the inclusion of several full-length live tracks only serves to stifle the film’s momentum.

If Fiennes made this film predominantly for Jones’ devotees (and as we see here, there are masses of them) then this last point isn’t really an issue. But the very best documentaries, such as Asif Kapadia’s Senna, are those which make us feel completely invested in subjects which we weren’t necessarily interested in originally.

It’s here that Bloodlight and Bami falls a bit short, but Jones’ fans won’t care about that one bit. 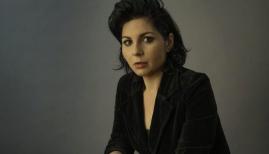