City of Ghosts film review 4 City of Ghosts film review Matthew Robinson
Have you ever thought about what it would be like to see a video of a loved one being shot through the head? This question is so remote from most of our realities that it becomes absurd. But there are some people who have to consider this every day. Matthew Heineman’s newest documentary City of Ghosts follows four such people. These are the founders and members of ‘Raqqa is Being Slaughtered Silently’ (RBSS), an award-winning group of citizen journalists fighting ISIS by documenting the atrocities taking place in Raqqa.

Heineman’s method is different from his last documentary, Cartel Land, where he thrust himself on the front line of action. This time he shadows the activists as they hide out in Turkey and then flee to Germany under pressure from a globalising terrorist threat, conducting their activism via contacts still in Raqqa.

TRY CULTURE WHISPER
Receive free tickets & insider tips to unlock the best of London — direct to your inbox
We're given a look at their lives both before and after the ISIS invasion. Here we see that these men are ordinary, and it makes their efforts all the more heroic: one is a maths teacher who we see dancing with his wife. By focusing on these men as 'citizens' as much as journalists or activists, Heineman is able to convey the plight of the Syrian everyman under the rule of ISIS. In this way he re-sensitises us, and it makes the death, destruction, and torture shown onscreen are genuinely hard to bear.

Once ISIS becomes aware of RBSS's work, the men are forced to flee. But leaving Syria does not guarantee safety as, in Turkey, one colleague is assassinated. When they eventually arrive in Germany, they face a new challenge: anti-refugee backlash. Disturbingly, the black banners of the German far right mirror the black ISIS flag. 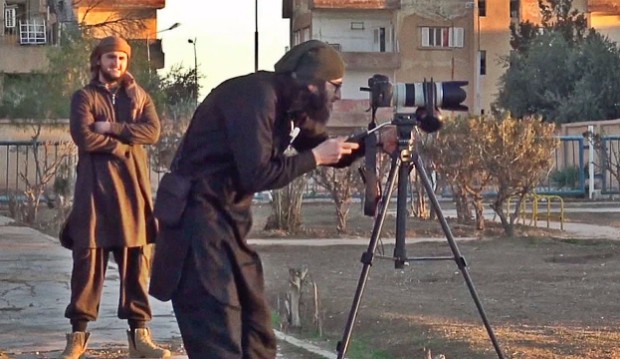 At least as harrowing as any graphic violence is the documentation of the activists’ emotional strife, which City of Ghosts shows unflinchingly. Evidently, Heinemann gained their trust to the maximum degree. He is unobtrusive, which provides space for it to be clear that the psychological damage to these men persists no matter what their location.

Despite a range of issues on display, it is the ISIS media strategy which forms the central thread of the documentary. Horrendous images and videos weave their way into the narrative as RBSS’s role in a war of communication becomes clear. This digital non-violent weapon transcends all others: threats are sent via facebook and orders to citizens sent via twitter. Most are aware of the bizarrely professional video production ISIS is capable of; in a documentary punctuated with horrific imagery, it is the sight of one man watching a high-definition music-backed video of his father’s execution which stands out most prominently.

City of Ghosts is a brutal yet fascinating documentary about Syrian struggle. Although it may spread itself slightly thin in narrative, the focus on the power of journalism and the power of the ‘ordinary’ person shines through. 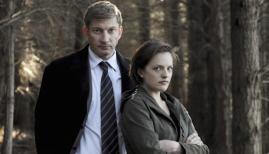