Following French artistes Émile Zola (Guillaume Canet) and Paul Cézanne (Guillaume Gallienne), the film tracks the pair’s friendship from youth to the subsequent inverse of fortunes that sees initially spoiled Cézanne living the stereotypical and romanticised artist lifestyle – presiding over a studio and creatively destroying paintings – and an at first destitute Zola becoming a celebrated sell-out after plagiarising Cézanne’s life.

Before we Tweeted our every thought online, there was something called 'eavesdropping', and if there's one man in cinema who drops more plot-driven eaves than Samwise Gamgee, it’s Zola. Zola sells his best ami out in print after overhearing and subsequently transcribing an argument between Cézanne and his muse-in-residence, Hortense (Déborah François). Thus launches Zola's literary career and the central plot of the movie. 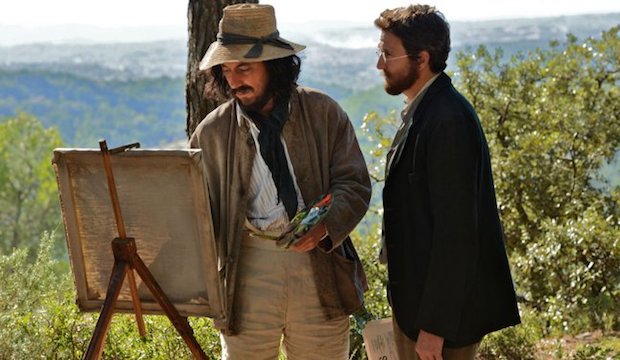 Our man Cézanne is allegedly upset at Zola for plagiarising his life, defaming his character, relinquishing their childhood aspirations, and contributing to the delusions of the Impressionists. And stealing his girlfriend. But he’s really upset because Zola achieved fame and fortune despite lacking talent and basic artistic principles.

Cézanne (the movement-founding, under-appreciated, tormented, social-norm-ignoring Kanye West of his time) chews up the scenery, his increasingly erratic hair reflecting the increasingly erratic trajectory of his personality. The scenery is beautiful. Renoir, Manet and Pissarro (together, they could have been the French Ninja Turtles) make memorable cameos.

Despite Guillaume Gallienne’s explosive portrayal of the boho enfant terrible, the film dilutes its scandalous subject matter. Zola wrote soap operas about artists; Cézanne invented modern art. ‘He was the father of us all,’ said Picasso in reference to Cézanne. Indeed, this polite period drama paints Cézanne’s revolutionary aspirations with the same brushstrokes as Impressionists, ultimately blurring them into the same polite canvas.

Books to read this April
1