Borg/McEnroe is a great double portrait for fans of the tennis stars – but, even with an incendiary Shia LaBeouf performance, the film whips up little excitement off the court

In this respect, the team behind Borg/McEnroe have tipped the scales in the wrong direction. It cares too much about the legendary face-off at the 1980 Wimbledon Men’s singles final between Björn Borg and John McEnroe, respectively world No.1 and No.2 at the time.

The whole film is a blow-by-blow account of the 1980 tournament leading up to the final, with occasional flashbacks to the tennis stars as highly strung adolescents in their training days for ‘background’.

Their 1980 match was extraordinary – still considered one of the best to be played on the Wimbledon centre court – but there was little else riding on the game than the players’ reputation. In fact, the whole thing was so purely professional that you leave the film wondering if there was anything like a personal rivalry at all.

TRY CULTURE WHISPER
Receive free tickets & insider tips to unlock the best of London — direct to your inbox
Borg, played by a eerily placid up-and-coming Swedish actor Sverirr Gudnason, is so laconic and emotionally repressed that it’s hard to understand why he bothers turning up to press events. This outward tranquility apparently comes from Borg’s coach, played by a dark and dour Stellan Skarsgård, who advised the previously volatile young Borg to channel all his emotions into the game.

Skarsgård is convincing as the father that Borg never had, but his arguments with his protege come across more like temporary tantrums than serious conflicts. 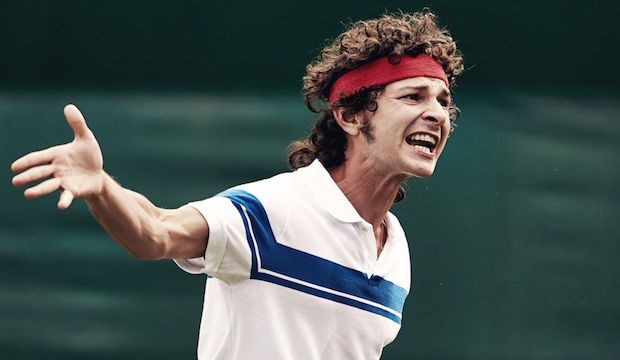 On the other hand, John McEnroe’s story is nothing but conflict – with his father, his training mates, the press. That is, everyone but Borg. Shia LaBeouf brings all his messy real-life off-screen misdemeanours and controversies to bear on his portrayal of McEnroe and the result is entertaining. No one, perhaps, could do it better.

But the film never sticks with him for long enough. This is, after all, a Scandinavian production with a Swedish director at the helm and he’s clearly more enamoured with his fellow countryman. Tellingly, the Swedish title is simply Borg.

It’s inevitable that Borg/McEnroe will be compared to the upcoming Billie Jean King biopic Battle of the Sexes and it will suffer heavily for the comparison. The latter film has the virtue of really being about something else.

This film is, at best, an effective magnification of a couple of famous on-court personas – the man with ‘cold Nordic blood’ and the ‘brash New Yorker’, as one of the Wimbledon commentators says. It's also a good showcase for a mad-cap Shia LaBeouf. But if neither of those things appeal, just watch the match on YouTube. 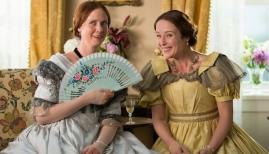