If there is one thing to know about Harley Quinn, it is that her heart is broken. This doesn’t make her weak or pitiful, but it’s a wound that cannot be underestimated. When you’ve grown up holding another person’s hand, standing next to and ever so slightly behind them, the moment you let go and walk on your own, it can take a while to find your balance.

Margot Robbie’s frenetic, bombastic anti-heroine character from Suicide Squad is given a post-breakup solo film here, after splitting from the Joker. It’s not an origin story or a sequel though, as Birds of Prey stands for the future, for a new era beyond the framework determined by Harley’s former lover – or any other man holding the puppet strings in this comic book world, for that matter.

This is an anatomically distaff film, but it benefits from a singular intensity, an audacity that makes it impossible to dismiss as just a recycled spin-off or box-ticking diversity token.

Birds of Prey fizzes with madness, violence, and blistering fun. Harley Quinn has always been an agent of chaos – which is why her and the Clown Prince were so well-matched – and her standalone film lets this madness run wild from the off. It’s a necessity; to exorcise the hurt of a lost love story, to communicate the uncertainty of solitude, but also simply because Harley loves glitter, she loves bright colours, she loves violence – and it seems that she's really into pop-punk.

The plot, which spends the first part of the film maniacally introducing characters by tossing its narration back and forth, sees Harley knock heads with Roman Sionis (aka Black Mask, aka Ewan McGregor completely at home as a flamboyant and ignorant antagonist) and find herself with a mission to track down a diamond and protect Cassandra Cain, a teenage pickpocket.

But she’s not the only one – so begins the chase for the gem, and the gradual coming together of the eponymous team of fleet-footed fighters each with a different ambition to honour. 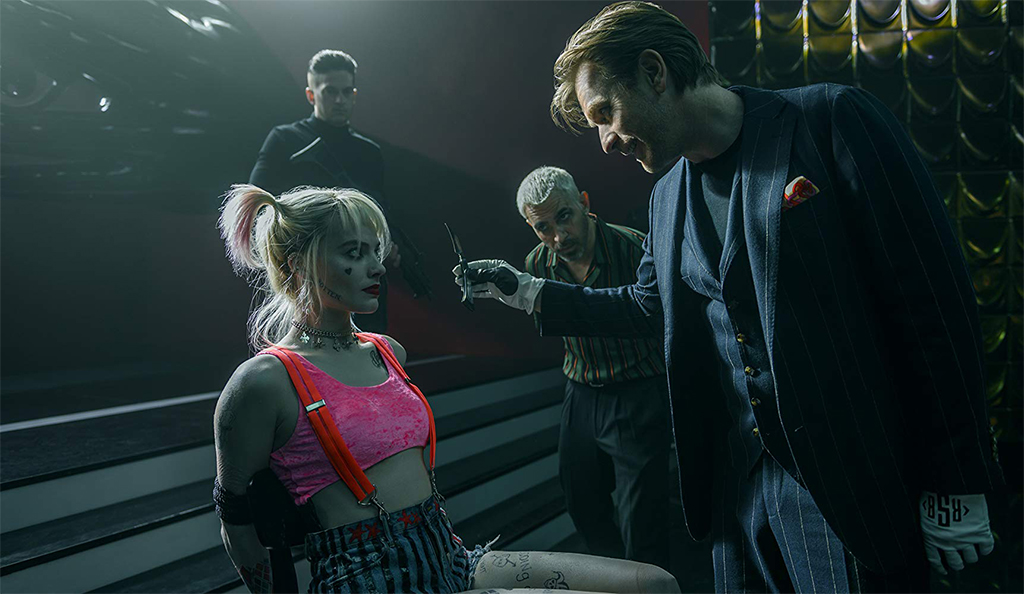 Margot Robbie and Ewan McGregor in Birds of Prey

What gives Birds of Prey such salient credibility is the visceral, fearless design that tells this story. Fight scenes abound, and ripple with the earsplitting sounds of crunching bones and gnarly guitars. All the kicks and punches are delivered with a wicked smile from Harley, finding corrosive pleasure in the moments where something ostensibly goes wrong.

The violence is high-stakes, with deadly solemn slo-mos galore – but so is, surprisingly, the film’s heart. Belittled cop Renee Montoya (Rosie Perez), vengeful heir Huntress (Mary Elizabeth Winstead) and beguiling singer Black Canary (Jurnee Smollet-Bell) are the three other women, each energetic and intimidating in their own way, who form the eponymous super-group – but this is no lab-engineered army.

The meeting and solidarity of these women is fast and urgent, each completing their specific task that just so happens to tesselate with the others in the same place. Diamonds might be a girl’s best friend, but every girl here has a different method of maintaining her relationships.

Director Cathy Yan choreographs action set-pieces with a clear eye, fully aware of how women can best find men’s weaknesses; where to hit, what to say, when to lean back – and who’s really worth fighting for. It would be easy to praise Birds of Prey purely for its white-hot entertainment value, for its cacophonic, giddy thrills – but there’s also something sensitive and mature under the surface.

Harley Quinn is finding her feet, no longer serving a master, now figuring out at her own pace just how independence works. The film isn't merely clean-cut empowerment, marketable bolshiness or well-packaged strength. It’s about the cravings worth listening to, the accidental friendships worth nourishing, the mess you have to make before you can fully appreciate a clean slate.