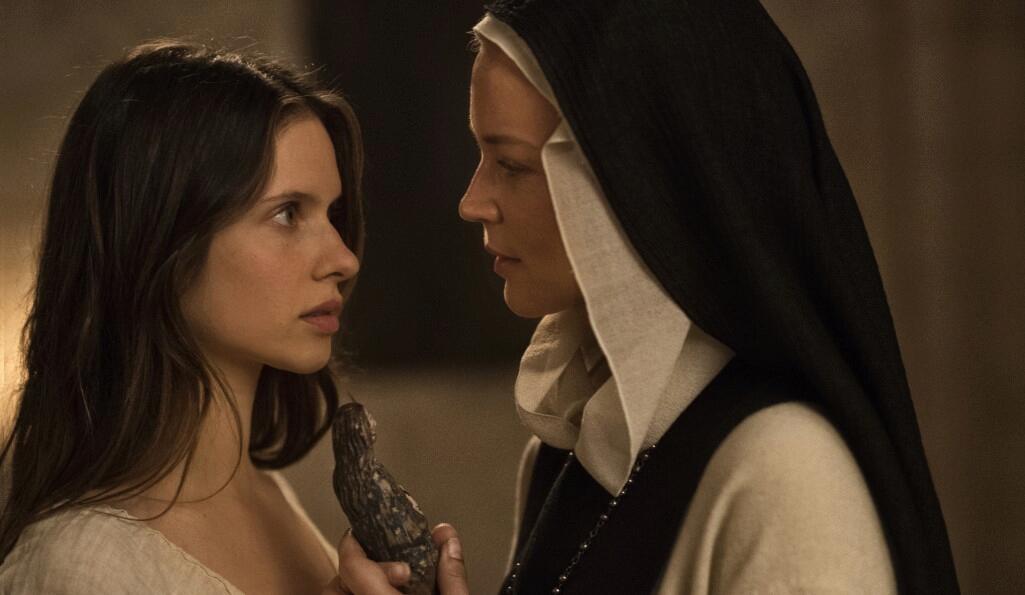 When Paul Verhoeven’s latest film Benedetta opened in Cannes last year, much was made of the graphic lesbian sex between devoted nuns in a 17th-century monastery. It’s even been called blasphemous. But Benedetta deserves more credence as an alluring indictment of religion and the harsh, theocratic forces operating at the time.

Realities splinter as visions and miracles rise and fall in reliability, experienced by the real-life Sister Benedetta Carlini (depicted here by Virginie Efira). The episodes range from bloody stigmata to Jesus cutting up Edenic serpents like a Game of Thrones warrior.

This progresses into discussions within the monastery. Charlotte Rampling plays the sceptical abbess Sister Felicita, who doubts Benedetta’s claims. She's also wise to the patriarchal politics of the Church, and knows how to play the game: submitting and scrutinising when necessary.

Despite Verhoeven’s atheism, the film provides no clear-cut answers. Is Benedetta the bride of Christ or just a persuasive swindler, craving power? Or is she just mentally ill? Taking clear influence from Ken Russell’s orgiastic 1971 horror film The Devils (also set in a 17th-century convent), Verhoeven loves to examine the flaws and attractions in these strict religious systems.

It might’ve been more interesting to see a female filmmaker tackle this material, which is adapted and directed by men (imagine what Céline Sciamma would've done). But Benedetta is still an erotically gripping and theologically horrific drama that delights in its desire to provoke.