A new documentary chronicles the life of sex therapist Ruth Westheimer, from her childhood surviving the Holocaust to her rise as a pop culture icon

The infectious energy of Dr. Ruth Westheimer, a world famous sex therapist, rolls off the screen in waves. It’s been doing so for years – but she’s front and centre of a new documentary that revisits Dr. Ruth’s astonishing life that extends far beyond her years. As a woman who has made her name and earned trust from the entire world by listening to strangers, it’s a thrill to hear more from her perspective.

While Dr. Ruth’s media career truly skyrocketed in the 1980s, Ask Dr. Ruth thoroughly draws out Westheimer’s backstory. From her early childhood in Germany as the only child of Orthodox Jews, to the formative years spent in an orphanage in Switzerland following the Nazis’ invasion, the job title the world has come to know Dr. Ruth by is only one part of the bigger picture.

Ryan White constructs his documentary like a fairytale, flitting across timestamps to animate, both emotionally and physically, Ruth’s story. Before Dr. Ruth becomes Dr. Ruth in the film, tender (if at times slightly disarming) animation recreates her younger years, through diary readings and fragmented memories.

It’s both crucial and hugely fortunate to have such a cooperative subject – Ruth treats Ryan and the crew like her children, making the viewing experience always engaging as you can sense the grip of a woman in full control of her story. There are snippets of her radio and TV appearances from later in her career, but Ask Dr. Ruth is more preoccupied with the landscape that got her there than the rationale that dictates the advice she gives.

There are moments of uninhibited candour, leafing through the Dr. Ruth archives to remind audiences how boldly she has always spoken about sex. But it feels even better to let these documented moments sit, in all their effervescent entertainment, rather than dissecting them too deeply in terms of what ethical impact they might have had on her own life.

One of Ruth’s grandchildren questions her about her stance on feminism, marking one of the few times Dr. Ruth seems a little more shifty. She draws a line between feminism and activism and somewhat swiftly moves on. It’s a mildly frustrating moment, symptomatic of the headstrong matriarch writing her own rules even if they aren’t always airtight.

But then this political upset is quickly brushed over, in favour of more anecdotes from Ruth’s life. From the people she helped to those she lost, Ruth's livelihood relies on human connection above all else.

Ask Dr. Ruth prioritises the admiration of an inspirational figure, rather than a probing of the mind that cared for so many. And with the 4’7 90-year-old’s every gleeful chuckle and bouncing next step, it’s difficult to not care about her too.

Reviewed at the 2019 Sundance London Film Festival. Ask Dr. Ruth is yet to receive a UK release date. 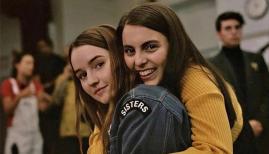