Taraneh Alidoosti and Shahab Hosseini star in The Salesman, directed by Asghar Farhadi – Oscar-winner at the 2017 Academy Awards

The Salesman film review 4 The Salesman film review Matthew Robinson
It is perhaps a little unsurprising that a film inspired by Arthur Miller's play The Death of a Salesman should be packed with so much good drama. It is a little more surprising that that drama owes very little to what Miller actually wrote. And fairly astounding that, at times, it reaches those Millerian heights. As well as picking up (though notably not in person) this year's Academy Award for Best Foreign Language Film, writer and director Asghar Farhadi also received the award for Best Screenplay at the Cannes Film Festival.

And you can see why: tension and suspense are ratcheted up to seriously uncomfortable levels in this story about a young couple of actors (Shahab Hosseini and Taraneh Alidoosti) putting on Miller's play who, having relocated from their damaged old flat, find their relationship severely tested when one of them suffers a violent incident related to the previous tenant of their new home. Following in the footsteps of Hitchcock and the like, the film leaves much to the audience's imagination in unravelling the intrigue.

Alongside this, woven into the plot in detail, is the compelling unravelling of the couple's shared life – the central focus of many of Farhadi's films, including his other Best Foreign Language award-winning film, A Separation (2012). Here, an increasingly taxed Hosseini (who was awarded Best Actor at Cannes) and shattered Alidoosti are skilful in running the whole gamut of emotions as the gulf between then widens. 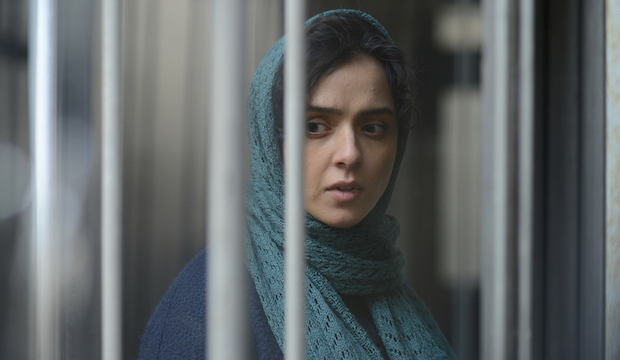 It is possible, however, that Farhadi's writing upstages his directing. The film occasionally tends toward a more static setting that might play better in the theatre (suffering, in fact, in a very similar way to Fences, which was actually adapted from a stage play). This sense of staginess isn't helped by the choice of 'shaky hand' camera work which, seemingly intended to resemble a documentary and heighten our sense of investigation, can appear a little uninspiring and forensic at points. It feels as though we've scanned every inch of the couple's apartment by the time the film ends.

And, perhaps its greatest fault, the excellent pacing throughout the film peters out towards in its conclusion, turning into something of a crawl in its final act. But although the tension does grows a little slack, your attention is held pretty consistently in this tight-knit, well-acted, well-written, mid-octane drama-cum-thriller. After all, sometimes it's about the journey and not the destination.