How to be Absolutely Fabulous: London, pass the Bolli

Ahead of the Absolutely Fabulous film release, pop the Bolli and find out how to enjoy London like Patsy and Eddy by Lucy Brooks 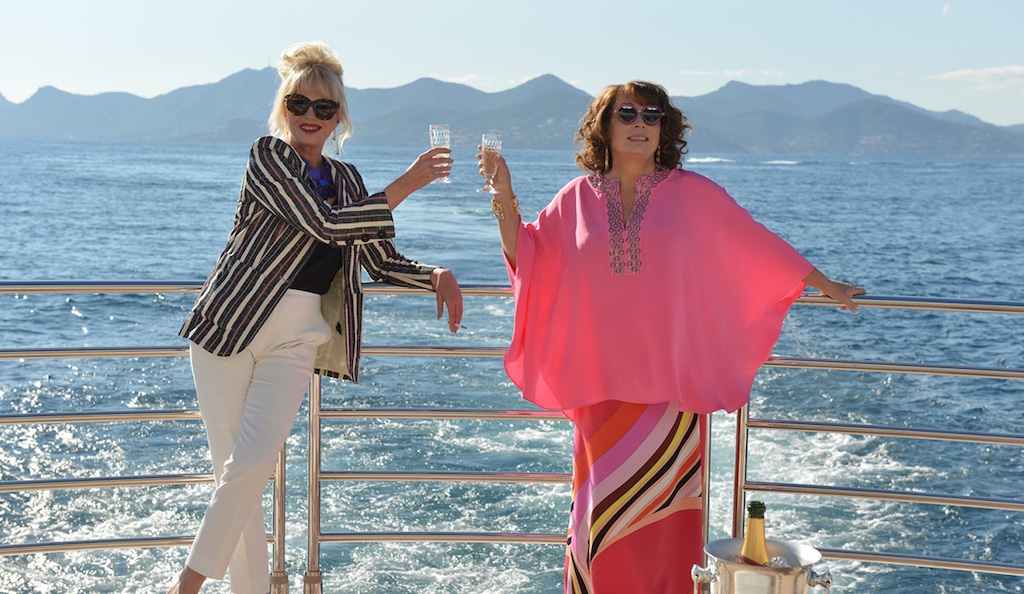 TRY CULTURE WHISPER
Receive free tickets & insider tips to unlock the best of London — direct to your inbox
Gone are the halcyon '90s days of couture and champagne. In the 12 years since Eddy and Patsy graced our screens each week, even the fashion world has gone a bit sensible, a bit Saffron.

Now we're limping towards full generation fogey, obsessed with clean-living, cultivating our personal brand via staged Instagram snaps and norm-coring it up in Nikes… what we need is a blast of Bolli and a gust of fag smoke.

Cue the Queens of excess, heroines of hedonism: Patsy and Edina back and absolutely fabulous-er with a megawatt silver screen debut, coming to cinemas this Friday.

For the uninitiated, (Sweetie, darling where have you been?) Ab Fab follows the delightful duo Patsy and Edina though all the hi-jinks that come with living the high life.

Writer Jennifer Saunders stars as everyone's favourite anti-hero, middle-aged PR mogul Edina Monsoon, whose quest to be cutting-edge is kept in check (and in credit) by her sensible daughter Saffy (Julia Sawalha).

Joanna Lumley is Eddy's long-limbed, loose-lipped enabler, the eternally glamorous fashionista Patsy. Together they hunger for the latest fad, rejoice in other people's weight gain, and generally create the sharpest of comedy from sheer shallowness and mishaps.

Patsy and Eddy return in fine fettle for a big screen extravaganza boasting more stars than the average red carpet. Centring on the accidental death of Kate Moss, the Ab Fab film features cameos from a catwalk worth of supermodels, designers including Stella McCartney and Giles Deacon along with a slew of celebs such as John Hamm, Rebel Wilson and even a dour Jeremy Paxman.

Following the headline-grabbing death of everyone's favourite clothes horse, Patsy and Eddy go on the run, switching London Parties for fugitive life in the South of France.

Will they learn their lesson and grow old gracefully? Will they ever! Long live the unapologetic silliness and insatiable appetite for fun.

At the start of this overcast, discontented and politically volatile summer, a little Ab Fab spirit is exactly what London needs.

How to be Absolutely Fabulous in London
1. INDULGE 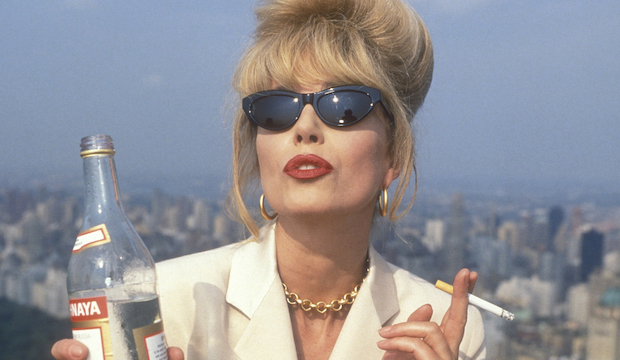 If you think skipping a Bikram class is 'naughty', good luck keeping up with the hedonistic ways of Eddy and Patsy. We're not extolling the virtues of chain-smoking and drinking to oblivion (though if that's the secret to Patsy's age-resistant looks, pass the voddy). But a little light-hearted insouciance towards our vices can be a breath of fresh air.

The secret to indulging Ab Fab style is a glamorous setting, so no binge-drinking at the local boozer. Make an occasion of going out for a drink. Book a table at the Edition Hotel's oak-panelled Punch Room for top-notch cocktails and waiter service. Once you've had your fill of Bollinger Rose order one of the signature punch bowls. They created to share and pack enough of a punch to leave even hardened drinker Patsy a little tipsy. 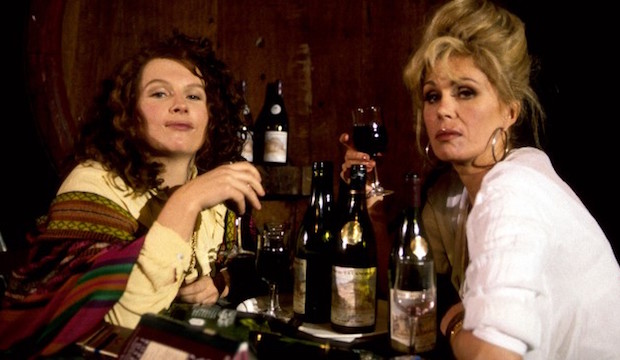 We're not talking about the quinoa salad you eat at your desk. Lunch isn't lunch unless it's served on white linen and washed down with a few bottles of Bolli. Luxury hotel restaurants are good for the pomp and free-flowing champagne. But there are bonus points if you have to battle a crowd of celebrities to bag a table.

So schmooze your way into Chiltern Firehouse or Sexy Fish and ensconce yourself until at least 4pm. Don't let having a job getting in the way. Do as Eddy does in the new film trailer and declare to colleagues and clients: 'I'm working from Nobu this week'. 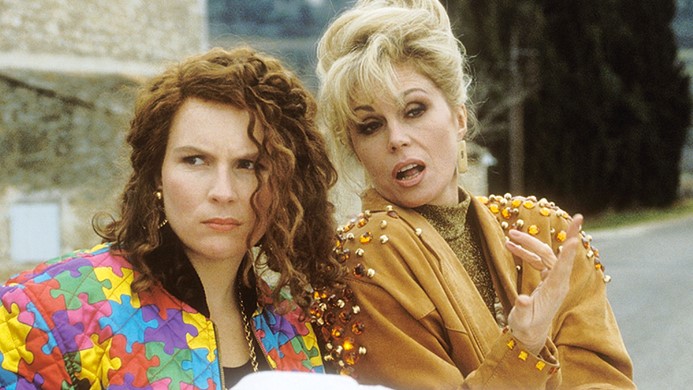 You know that thing Coco Chanel said about taking off one accessory to achieve optimum French chic… Well, forget it. And while you're at it, banish all thoughts of low-key, flattering neutrals for women older than thirty and over 9 stone. In Ab Fab, fashion is fun first and foremost. In all its over-the-top permutations, Eddy and Patsy's quest to be on trend might make them fashion victims. But it also shows that all you need to pull off the most extreme of outfit choices is a complete disregard for what people think.

Those looking to make their wardrobe a little more fabulous can do by simply adding loading up on accessories and embellishments or raiding the nearest TK Maxx. But for the edge of unashamed luxury, it can only be Harvey Nicks. Crucially, the 5th-floor bar is open from 10am.