A Hidden Life premiered at the 2019 Festival de Cannes.

'For the growing good of the world is partly dependent on unhistoric acts; and that things are not so ill with you and me as they might have been, is half owing to the number who lived faithfully a hidden life, and rest in unvisited tombs.' This quote from George Eliot’s Middlemarch starts the closing credits of Terrence Malick’s A Hidden Life, the relatively obscure true story of Franz Jägerstätter, a conscientious objector during World War II.

Jägerstätter (played here by August Diehl) refused to fight for the Third Reich, and was adamant to not pledge his loyalty to Hitler as all Austrians were forced to do, which led to his arrest in 1943. During his time in prison, he wrote to his wife Franziska (Valerie Pachner), and their correspondence over the years forms the bulk of A Hidden Life’s spoken words, delivered through a series of poetic voiceovers.

Following a string of films whose loose, script-free structure was beginning to verge on self-parody (most notably in the documentary Voyage of Time), Malick himself has described A Hidden Life as a return to a more traditional narrative. This rings true, in that his ninth feature has a beginning, middle and end – in that order.

They are, however, recounted through the director’s now customary approach, with achingly beautiful bucolic vistas and a large percentage of off-camera dialogue. In fact, it’s the on-camera exchanges that provide the film’s single, minor bum note, due to a mixture of English and German that is conceptually fascinating but slightly jarring in execution. 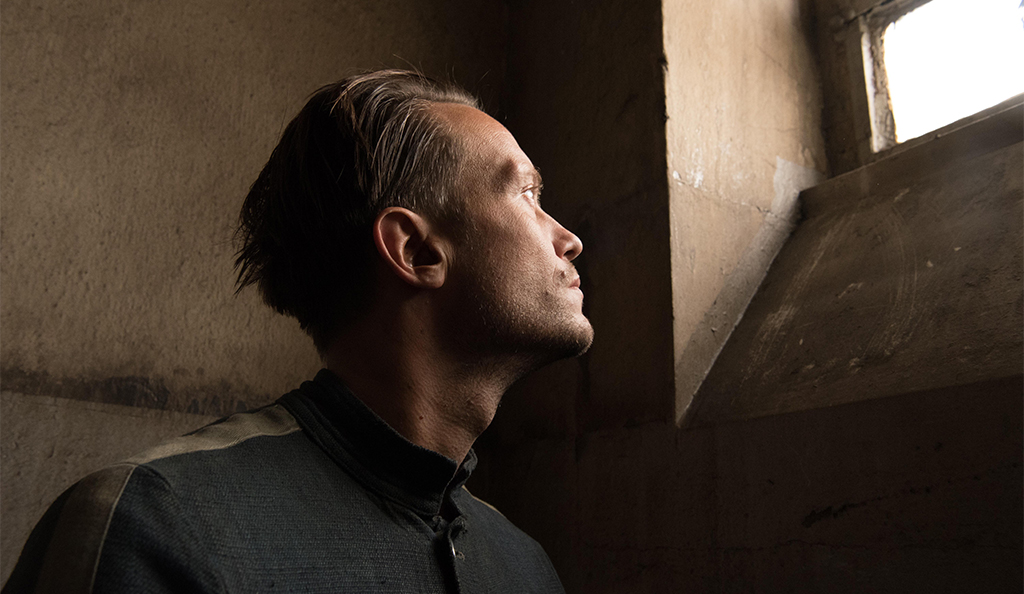 August Diehl in A Hidden Life

Ever the philosophy teacher, Malick relies on voiceover to meditate on the notions of right and wrong, using the real letters to simultaneously propel the narrative (despite the lack of actual on-screen warfare, the three-hour runtime never drags) and let the audience partake in a broader discussion about morality that comes to a head with no room for ambiguity. The style may be the same, but A Hidden Life is far less likely to spark debates about its meaning than, say, To the Wonder.

Striving for authenticity, the film is perhaps most admirable in its choice to cast primarily German-speaking actors (Swedish thespian Michael Nyqvist, who passed away during the lengthy post-production, and the Belgian Matthias Schoenaerts are the major exceptions): whether German, Austrian or Swiss (the late Bruno Ganz), everyone lends a truly Teutonic feel to the picture, shedding light on a story that deserved to be told.

At its core, though, A Hidden Life is the most heartbreakingly tender love story Malick has ever brought to the screen, made all the more impressive by the fact that it is largely epistolary. Whenever Diehl and Pachner address each other from afar, A Hidden Life truly soars, highlighting very modern concerns via the deceptively simple story of two people in days gone by, separated by a huge injustice.

Cannes Film Festival 2019: Movies to look forward to in London
Sign up to CW’s newsletter
By entering my email I agree to the CultureWhisper Privacy Policy (we won`t share data & you can unsubscribe anytime).
1