Man Booker Prize: 2019 is a triumph for women

In a landmark decision, 2019's Man Booker Prize is shared between two writers as joint winners. But does it divide the honour? 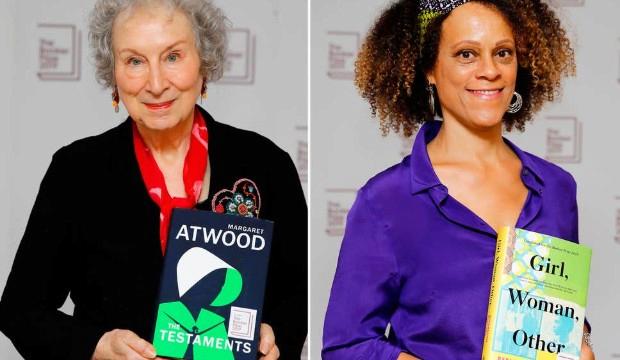 Margaret Atwood and Bernardine Evaristo win 2019 Booker Prize
For all the varied books and surprise winners, the Man Booker Prize has more or less maintained the same premise since it began in 1969: there is a longlist, a shortlist and, finally, one winner.

In 2019, the judges have broken their own rules by awarding Britain's most prestigious literary prize as a joint honour. Margaret Atwood and Bernardine Evaristo will share the accolade, and the £500,000 winnings. The announcement was delayed by over half a hour, and the failure to reach a single winner suggests divisions and indecision among the five judges.

After two previous incidences of shared Man Booker prizes – in 1974 and 1992 – the rules were specifically changed to state 'the prize may not be divided or withheld'. But this year's prize is historic for other reasons, too: Bernardine Evaristo is the first black woman to win the Booker; Atwood, who won in 2000, now breaks records as the oldest winner at 79. It's an overdue shift for a prize that's been historically biased towards white men.

But does dividing the Man Booker dilute its impact? And how do the two winning books compare? 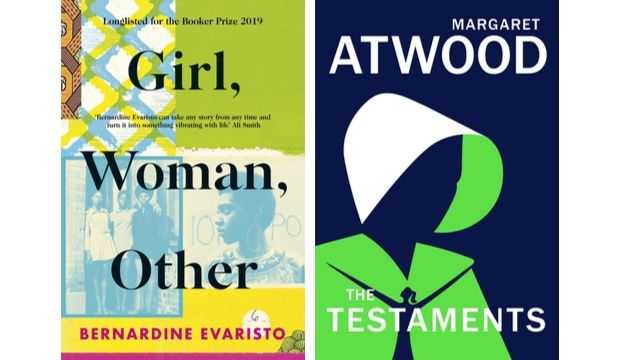 As a regular on the shortlist, Atwood represents the literary establishment. The Testaments, a sequel to her 1985 hit The Handmaid's Tale, has been the most hyped book of the year and was a Booker favourite long before publication. The Canadian writer returns to the world of Gilead for a timely feminist dystopia, that is as compelling, if not as nuanced, as Offred's original tale. Thanks to Atwood's mighty reputation, the huge pull of The Handmaid's Tale (boosted by a TV adaptation), and the arch relevance to Trump's America, The Testaments has been a huge commercial success. It is by far the best-selling book from the Booker shortlist, accounting for 86% of total sales.

After last year's particularly cerebral and formally challenging winner, Anna Burns' Milkman, it seems the judges have made a greater effort to consider the popular choice. But, as Atwood herself joked when accepting the prize, 'I kind of don't need the attention.'

Bernardine Evaristo's Girl, Woman, Other is, conversely, the lowest seller on the list, despite vociferous praise from critics. Ahead of the prize announcement only around 3,000 copies had sold – although happily this will change thanks to the publicity boost of a win. Formally inventive yet thrillingly readable, Girl, Woman, Other smashes through race and gender stereotypes by fusing and echoing different voices and experiences. The London-based writer describes winning the Booker for her eighth novel as 'a real game changer... black people don't win lots of literary awards. No one seems to notice, but it's really important.'

Though many have voiced disappointment that the impact of the first black woman winning the Booker is lessened by the joint prize, Evaristo is positive: 'Hopefully this signals a new direction for the Booker... I hope more black women win this prize.'

Chair of the judging panel and head of Hay Festival, Peter Florence, defended the decision to spilt the prize between 'two novels we cannot compromise on. They are both phenomenal books that will delight readers and will resonate for ages to come.'