Who's who in the 2019 Booker Shortlist

From a blockbuster dystopia to a sprawling stream of consciousness, everything you need to know about the six books on the 2019 Booker Prize shortlist 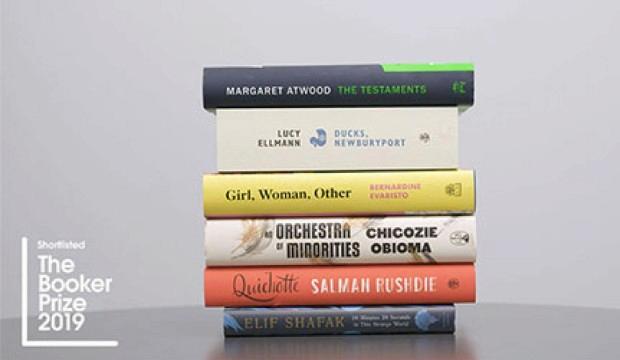 Who's who in the 2019 Booker Shortlist
The 2019 Man Booker Prize shortlist is at once predictable and surprising. It combines famous writers and new talents in a selection of six stories that reflect on contemporary times through comedy, fantasy and experimental forms.

Margaret Atwood is nominated for The Testaments, a sequel to her 1985 hit The Handmaid's Tale. The Canadian writer is a familiar face on the shortlist - she has been nominated six times and won in 2000 with The Blind Assassin - and the hype surrounding her latest novel made it a Booker favourite from the offset.

Returning to the dystopian world of Gilead, The Testaments is narrated by three different women and begins 15 years after Offred's enigmatic escape in the back of a van. Though Atwood has revealed contemporary politics have inspired the book, all other details are under wraps until The Testaments is published on 10 September. Such is the secrecy surrounding the story, the Booker judging committee had to sign a non-disclosure agreement to receive a coveted advanced copy.

Salman Rushdie is another Booker stalwart. His novel Midnight's Children won in 1981, then won landmark 'Best of the Booker' prize to mark the award's 15th anniversary and won again to mark the 40th anniversary. His new book Quichotte shares the epic exuberance that critics praised in Midnight's Children. In a playful, meta-textual re-working of Don Quixote, it takes readers on a rambunctious journey through the psyche of modern America.

Nigerian writer Chigozie Obioma has established an impressive streak: he shortlisted for a second time for his second novel An Orchestra of Minorities after his debut, The Fishermen, was shortlisted for the 2015 Man Booker Prize. Drawing together Homer's Odyssey with Igbo myth An Orchestra of Minorities tells the story of chicken farmer who makes a sacrifice to save a desperate woman, then attempts to better himself to win her heart and her family's approval 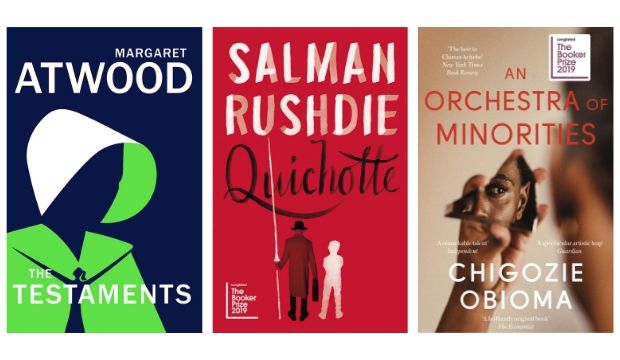 After becoming the most widely-read author in her native Turkey and carving an international reputation for unflinching insight into uncomfortable themes, Elif Shafak finally has a place in the Booker race. The nomination comes as the Turkish government continue to persecute her. 10 Minutes 30 Seconds in This Strange World is a fearless book, taking an exacting view of patriarchal violence. Set in Istanbul, it's a collection of sensory fragments and experiences remembered by murdered sex worker Leila in the final moments of her life.

American first-time nominee Lucy Ellman could make history as the longest novel to win the Booker Prize. With 998 pages of stream of consciousness forming one very dense sentence, Ducks, Newburyport is a challenging prospect. But judges assure that the rolling thoughts of an Ohio housewife are 'extremely funny' and 'full of puns and jokes'. And now it's out in paperback, the weighty tome is easier to cart around with you.

Last but not least is british writer Bernadine Evaristo, who smashes through gender and racial stereotypes in Girl, Woman, Other. Her eighth book and first-time Booker nomination is an experimental fusion of voices that chime off each other to explore how individual experiences can feel universal. Sharing her nomination on Twitter, Evaristo announced that the 'twelve Black British womxn' that feature in the book will accompany her to the 'Booker Ball'. 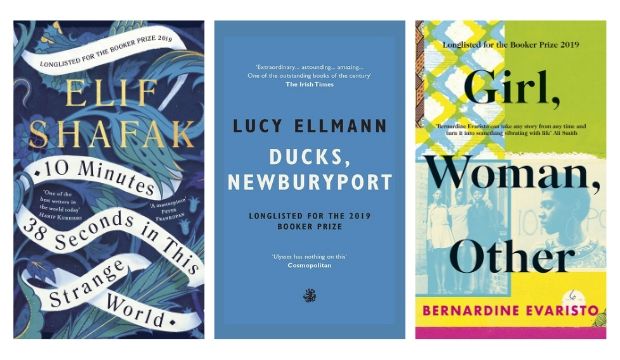 Chair of the judging panel Peter Florence characterises this diverse shortlist in terms of a common thread of 'extraordinary ambition'. 'There is an abundance of humour, of political and cultural engagement, of stylistic daring and astonishing beauty of language,' he adds. 'Like all great literature, these books teem with life, with a profound and celebratory humanity'.

While literary director of the Booker Foundation Gaby Wood comments on the way in which the shortlist is 'in conversation' with the literary canon, while reflecting contemporary concerns.

'The judges weren’t looking for anything in particular,' she explains. 'They entered this process with an open mind – but this is what they found: a set of novels that is political, orchestral, fearless, felt.