What will you fuel up on in January to inspire your new year? Pick books to change how you think, eat, read - and even how you create 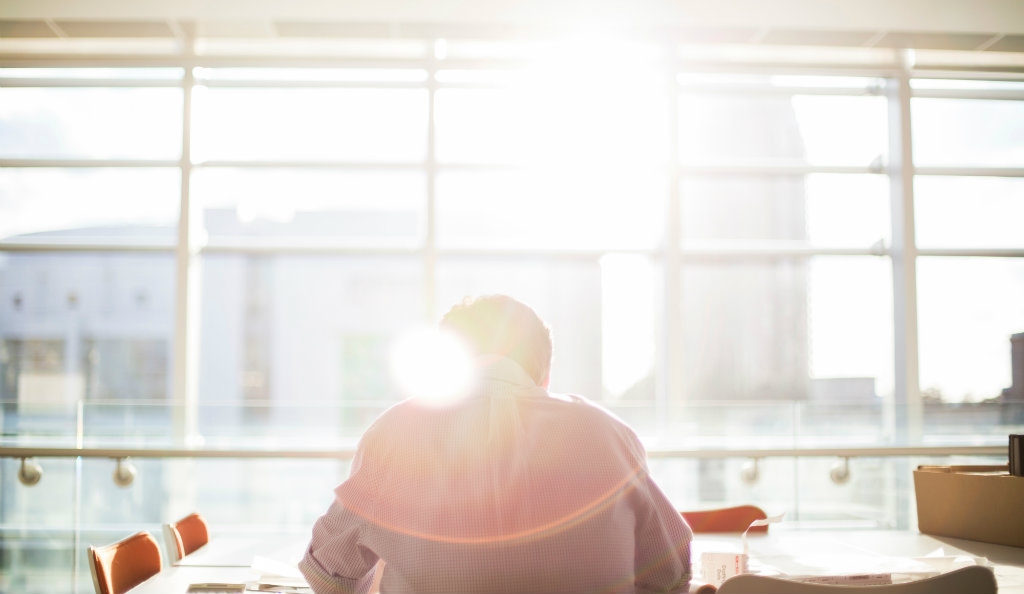 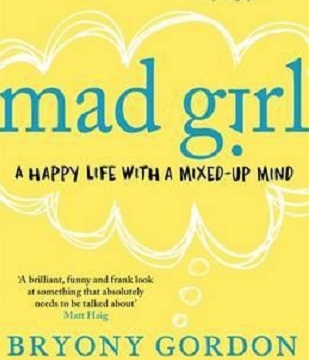 What's it for? Getting help

What is it? Sunday Times Bestseller Mad Girl is by Bryony Gordon, the first of two Times journalists to make this list. With the paperback now topping the non fiction charts 6 months after its initial release, we're reminded what a revelation this book was- a smart, competent and brilliant journalist who opened up remarkably frankly about dealing with crippling OCD for the last twenty years. When she finally got help a mixture of running, CBT, drugs and careful self-examination helped her through. 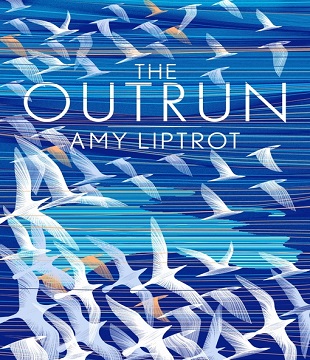 What's it for? Having solace through storms

What is it? "My centre of gravity has moved north. I’ve been thinking more about Shetland, Iceland and Faroe", so writes Liptrot as she finds herself washed up on Orkney after a decade of hedonistic living in London. An alcoholic, an addict, an unemployed drifter, she draws a new meaning from her northern roots on her return to the place she calls 'The Outrun'. Not a simple rehabilitation by nature, life up here is lonely and harsh, and the past is still fresh. Liptrot's complicated entanglements and withdrawals from London life will resonate with any city dweller:

Quote this: "I heard it said that in London you’re always looking for either a job a house or a lover. I did not realise how easily and how fast you could lose all three." 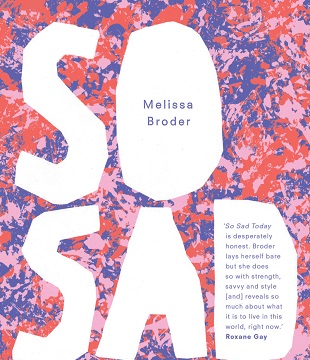 What's it for? For being OK with not being OK

What is it? A revelation: there's someone on Twitter who is not broadcasting their success. Instead, writer Melissa Broder lays out her panic attacks, her anxiety and all her feelings in Twitter posts: "For every one hour I spend with people it takes me four hours online to recover." More than needy drivel, this is an account that allowed us to feel sad. In the accompanying book of personal essays, So Sad Today, we get the person behind the 140-character melancholia. By telling us about her own life Broder reminds us that, when it comes to our crazy feelings, sometimes it's OK to be honest.

The Moomins and the Great Flood, Tove Jansson 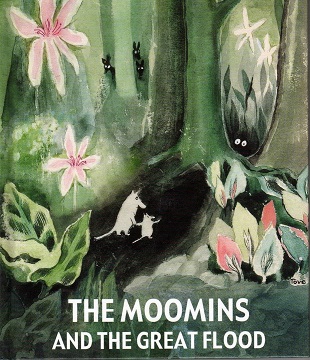 What's it for? Tolerance and kindness

What is it? There's plenty of wisdom in children's books. "The real world – with all its pain, all its passion – is smuggled into these books.You find it everywhere you look... Moominpapa is a depressive, Thingumy and Bob are a lesbian couple, corresponding to Tove and her lover, at a time when homosexuality was illegal." So said our reviewer on the Southbank centre's immersive 'Adventures in Moominland' exhibition. Jansson's books will give you patience and a greater understanding of tolerance and love in a bewildering world. For thsoe familiar with the world already, read the Moomins and the Great Flood- it's where it all began. The first book in the series was written by Tove Jansson in 1945, as an escape from the darkness of WWII, but it only reached the UK in 2005. 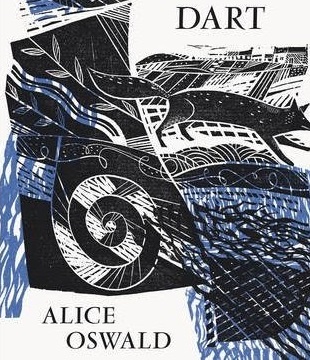 What's it for? Returning to nature

What is it? Missing Planet Earth II? Take some replacement poetry from the latest collections. Offering the same careful examination of nature, in 2001 poet Alice Oswald released Dart (pictured) a collection that followed the River Dart down through Devon, flowing through all its histories and presents. Her latest collection, Falling Awake flows, too. Making it onto The Forward Prize for Best Collection Shortlist, it does not disappoint when it described the beauty of birds and insects. Keep it in your bag for bus journeys. 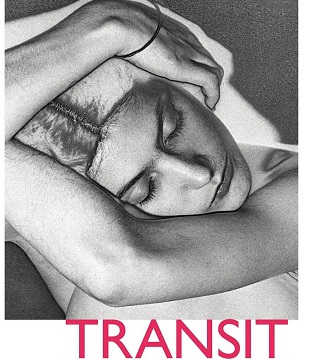 What's it for? Life after love

What is it? A work of fiction from 2016, Transit follows character Faye to London after her divorce. But in this fiction we can still read the echoes of Cusk's shocking non-fiction memoirs A Life's Work, on motherhood (2001) and Aftermath, on divorce (2011). While the memoirs were overly provocative for some, Transit is softened by storytelling and some beautiful writing, whilst still being remarkably relatable. 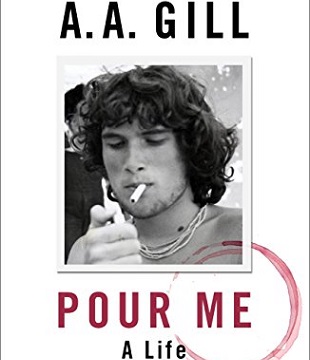 What's it for? Marking a passing.

What is it? One of 2016's many sad losses, the death of writer A. A Gill stilled the journalist world. His writing was belligerent- his life, in some ways, no less so. Born in Edinburgh, the son of television producer Michael Gill, he studied at the Slade School of Art and became a struggling artist- in more ways than one, for he was also drinking a bottle of scotch a day. We look back with new appreciation for his 2015 memoir, Pour Me a Life. It documents a struggle with alcoholism that takes his body through punishing agonies and out the other side, where he finally became the troublesome television and food critic, columnist and writer who's put-downs pepped up the Sunday Times. Pour Me- the title is a quiet pun on pity that this surly wit would not have wanted acknowledged, even now. 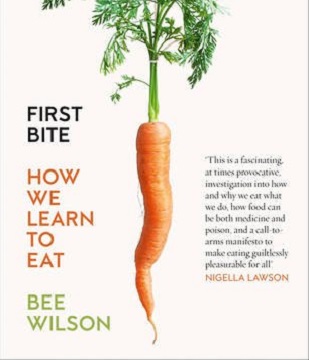 What's it for? Eating carefully

What is it? How do we learn to eat? It's not as simple as just taking a bite. Social historian Bee Wilson has got her teeth into her own past to present our eating disorders on a plate. We eat emotively and we learn how to do it, not just by putting things in our mouth as babies, but by watching others. We are hypersensitive to bitterness as children, but we learn to love, or at least tolerate, kale, olives and anchovies as adults. We can change our appetites, one pea-sized taster at a time. First Bite is an emotional read- because everything from comfort eating to stress eating means something more than just calories. Wilson knows this and presents a fascinating examination of our daily bread.

In Order to Live, Yeonmi Park 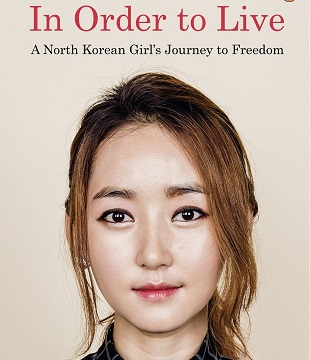 What's it for? Learning about bravery

What is it? A sensation. It is no exaggeration to call Yeonmi Park's autobiography this, especially for those who had habitually been viewing North Korea and its leader as a kind of joke. Yeonmi Park grew up close to the Chinese border under the nation's dictatorship. Living in poverty, hunger and paranoia, things changed when she was 13 and her mother took her across the border. But escaping North Korea was never as simple as stepping over a line- for years afterwards both were held by traffickers in China. Harrowing, brutal, frank and clearly written at great personal cos 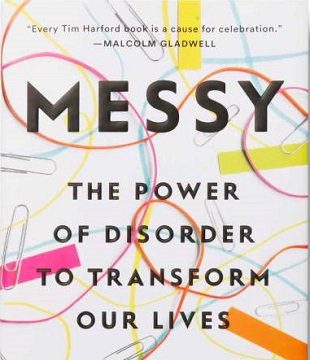 What's it for? Being shambolic

What is it? Harford, or the Undercover Economist, finally tells us exactly what we want to hear: messiness is good for you. What he really means, unfortunately, is discomfort. Uncomfortable situations can produce genius. Take Brian Eno, who loved creating chaos in the recording studio for U2 by forcing them to swap instruments; creativity comes easier when we make things more difficult. Drawing on Martin Luther King before he made the creative leap to his best speeches, examining musicians and even Donald Trump, it's a meditation on how we create the primeaval soup of genius. Neat freaks need not apply.

Quote this: From the TED talk, “We don't want to be asked to do good work with bad tools... [but] I think we need to gain a bit more appreciation for the unexpected advantages of having to cope with a little mess.” 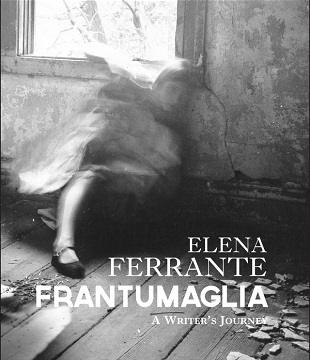 What's it for? Learning to be firm

What is it? Little is known about reclusive author Elena Ferrante- her identity is completely hidden, though her books, especially the Neopolitan series, are celebrated internationally. She only gives interviews via correspondence, "I will be the publishing house’s least expensive author. I’ll spare you even my presence."
For those who admire this great writer and want to get closer to her, the only way seems to be through a "jumble of fragments"- her published letters and interview questions, Frantumaglia. In this book of letters, Ferrrante's voice is direct, clear and firm- she will not concede her identity. She lays out her philosophy of the role of an author time and time again. She is the constant, weary defender of her position. She teaches us all how to be firm.

Quote this: "Authors, as authors, live in their books. It’s where they appear most truthfully. And good readers have always known it." 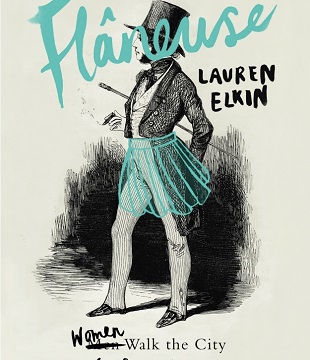 What's it for? Learning to walk

What is it? In the 1800 French poet Baudelaire popularised the term 'flâneur'. Not something you wash your face with, it was a term for the idly wealthy who had no occupation and could therefore spend their time strolling the streets of Paris and generally enjoying huge artistic freedom. The flâneur watched and took notes. And he had a traditionally male gaze. But now, Lauren Elkin has gathered around her evidence of female walkers- not streetwalkers or other derogatory terms for women who are itinerant- but female artists making use of their cities. A fascinating way to write about George Sand, Viriginia Woolf and others, plus Elkin's own artistic explorations of Paris, London, Venice and Tokyo. It makes us all want to be London wanderers.