Including brand new offerings and overlooked gems, here's our definitive guide to the best podcasts to listen to in 2019 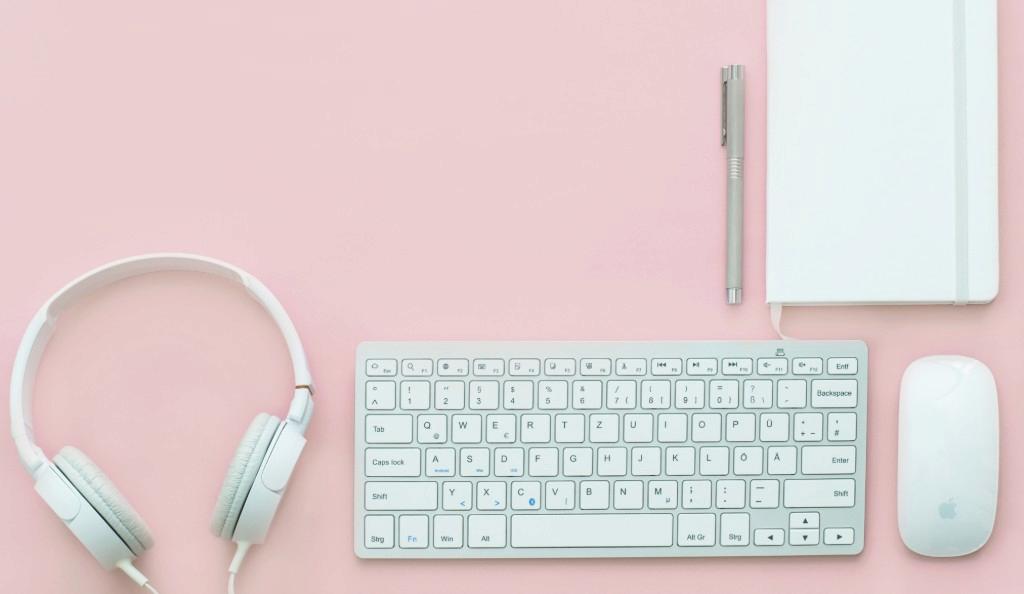 Best new podcasts: 2019 releases and under the radar recommendations

To motivate you: Podcasts for success 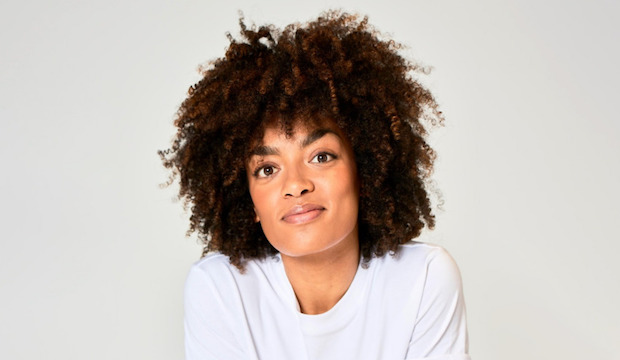 The new podcast Power Hour asks its listener: 'What could you do, if you dedicated just one hour each day to improving yourself and your life?' You could certainly do worse than spending an hour listening to Adrienne Herbert talk to well known creatives, entrepreneurs and coaches about how they structure their lives. The episodes have been consistently inspirational so far.
For fans of... Ctrl Alt Delete

After the success of her podcast about mental health Mad World – for which she interviewed Prince Harry, Mel C and Stephen Fry – Telegraph journalist Bryony Gordon is back with a brand new podcast. If I Can Do It follows a similar format: Gordon chats to a well known guest for forty minutes about what makes them tick. Guiding the conversation is the idea that, 'the road to success is paved with some pretty big obstacles', while the focus is overcoming those obstacles.
For fans of... How I Built This

To keep you calm: Podcasts for mental health 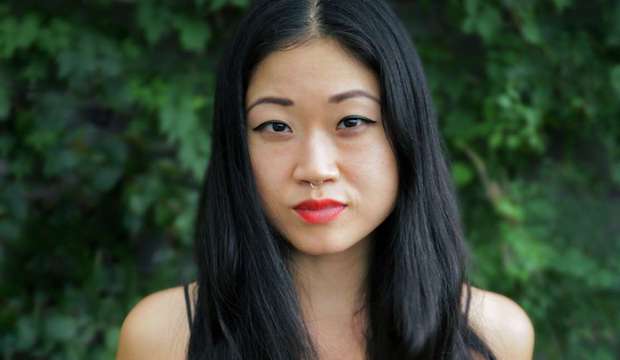 Mary Choi's podcast Hey, Cool Job! has been praised by The Guardian and Vice, among others

In collaboration with Counselling Directory, Happiful Magazine have just launched a new podcast, I am. I have. It's about 'the power of talking and the benefit of presenting our whole self to the world', the aim being to show that mental illness doesn't have to define a person.
For fans of... Happy Place


To make you laugh: Comedy podcasts 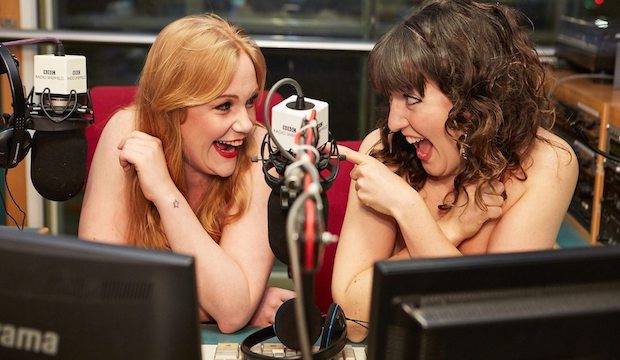 In The Naked Podcast, the hosts and one lucky guest bare all to talk about bodies

Though it'll celebrate its one year anniversary in April, The Naked Podcast has flown under the radar in London. Granted, the BBC Sheffield production has a slightly strange premise: two best friends interview a female guest about her body – while all of them are naked. Full of giggles and bare truths, it’s entertaining and insightful in equal measure.
For fans of... The Guilty Feminist

Another podcast with an original, peculiar premise is Capital. This hysterical improv comedy tells the story of ‘a referendum that brings back capital punishment with a 51% majority’ and the civil servants who have to make it happen. Though it's a few years old, Capital has never felt more timely.
For fans of... The Adam Buxton Podcast

For a dose of voyeurism: Podcasts about human psychology 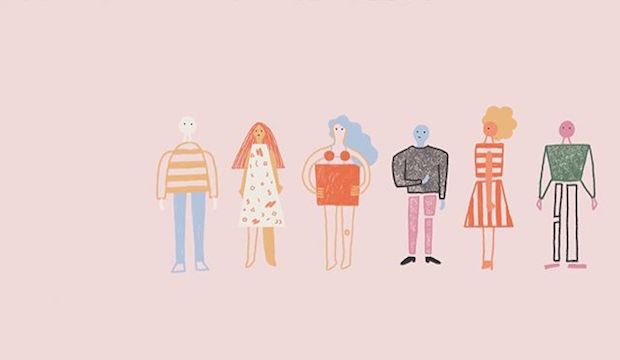 Esther Perel is the Belgian equivalent of Gillian Anderson's character in Sex Education: a psychotherapist with a very soothing voice. In Where Should We Begin, you can listen in on her giving couples therapy, which feels simultaneously so wrong and so right.
For fans of... Guys We F****d

If you enjoy hearing Perel unpick the inner workings of relationships under pressure, try The Habitat. This podcast tracks the experiences of six volunteers living together in isolation for an entire year. Why? To help NASA find out what life will be like for any astronauts they send to Mars.
For fans of... Big Brother

Jess Ellis is here to solve your problems in her new podcast, Dilemmas. After her character was killed off on Hollyoaks by a falling tree, she had a lot of decisions to make about what she wanted to do next with her career. So she started Dilemmas, in which she and a friend (and a healthy dose of gin) address questions sent in by the audience, agony aunt style.
For fans of... Dear Joan and Jericha 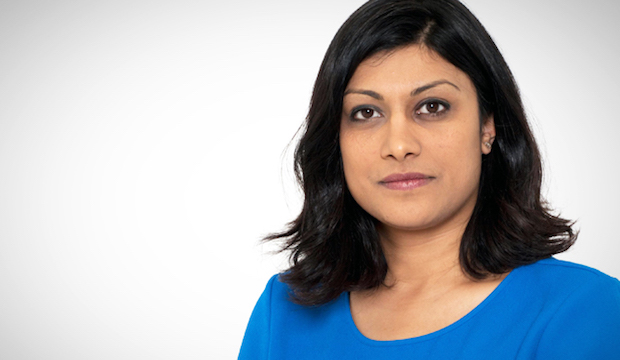 Anushka Asthana hosts The Guardian's new podcast, Today in Focus
Several big names have released new current affairs podcasts for 2019. The Guardian has launched the immensely popular Today in Focus, which is everything a current affairs podcast ought to be. Lasting less that half an hour, the episodes condense the most important reportage of the day, before dedicating five minutes to a significant opinion piece. There’s a new episode every weekday, making Today in Focus an ideal habit to incorporate into your morning commute. If you enjoy the podcast, you might like to complement it with BBC Radio 4's new podcast, Beyond Today, which is a similarly short, daily current affairs podcast. The focus is 'One big question about one big story from the news'.
For fans of... Talking Politics
If you love the dark nitty gritty of politics, try the brand new podcast Dial M for Mueller, in which the Observer journalist who exposed Cambridge Analytica investigates illegal interference in the EU referendum.
For fans of... Brexitcast

If you're interested in keeping up with international current affairs, China Plus has a fascinating new podcast called Beijing Calling, which has explored everything from how students are completing a weight loss class in exchange for university credits, to the 'creepy', staff-less stores sweeping China.

For fans of... the BBC World Service's Global News Podcast

To make your stomach rumble: Podcasts about food 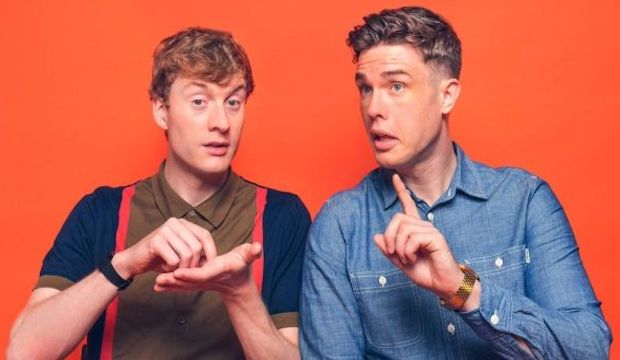 Comedians Ed Gamble and James Acaster are hilarious in the new podcast Off Menu
In the first week of 2019, Bethie Hungerford launched a podcast in which she 'travels the world in search of people from all walks of life willing to welcome her into their kitchen and cook her up their favourite recipe'. Friends with Recipes has been called 'charming', 'easy listening' and 'like a warm cup of tea'.
For fans of... Simple Pleasures by Yottam Ottolenghi
After just a month of existence, Off Menu had over 700 five-star reviews on iTunes. This is a food podcast with a twist: comedians Ed Gamble and James Acaster 'invite special guests into their magical restaurant' and ask them to order their dream meal (which, any listener will have to admit, reveals quite a lot about a person.)
For fans of... Table Manners by Jessie Ware
To grip you: Thrilling true crime podcasts 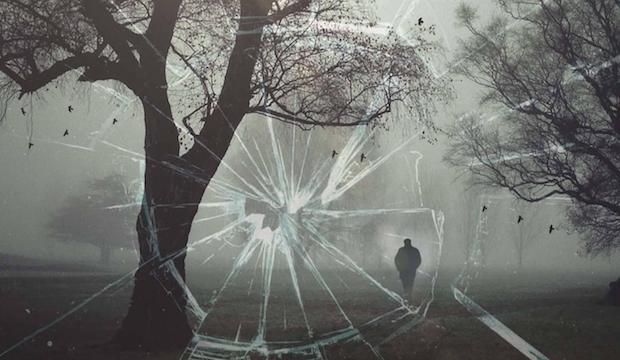 At times harrowing, Evidence Locker is for the truest true crime fans

Evidence Locker is growing in popularity among hard-core true crime fans. Focusing on a different country each week, episodes have described crimes that took place in the last places you'd expect to hear of crime, like Greenland, Singapore and Antarctica.
For fans of... Casefile

The latest season of Unexplained has just begun, with the tale of a couple who moved to the remote house of their dreams, not knowing 'it would soon become the place of their worst nightmares'. This podcast is so tantalisingly unsettling because it focuses on murders and mysteries that haven't been solved (yet.) If you hate cliffhangers, it might be one to avoid.
For fans of... S-Town

To make you proud to be a woman: Podcasts for feminists 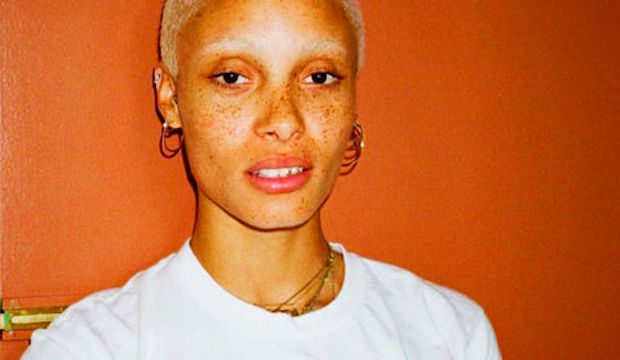 Adwoa Aboah is the brains behind Gurls Talk, a new podcast about taking control of your life

Starting to make waves on this side of the Atlantic, New York Magazine's new podcast The Cut brings you women's voices (like Elena Ferrante) on cultural topics and how they get things done, as well as political subjects like the migrant caravan. Depending on the episode, you might find yourself cackling, crying, raging or all three at once.
For fans of... The High Low

Described as 'your regular source of fierce female chat', Gurls Talk is a new podcast hosted by the London-based model and activist Adwoa Aboah. Guests so far have included author Lydia Davies, footballer Nadia Nadim and one of Aboah's close friends. This range is kept coherent by a central theme of taking control of your own life.
For fans of... No Country for Young Women

To make you tap your toes: Best podcasts about music 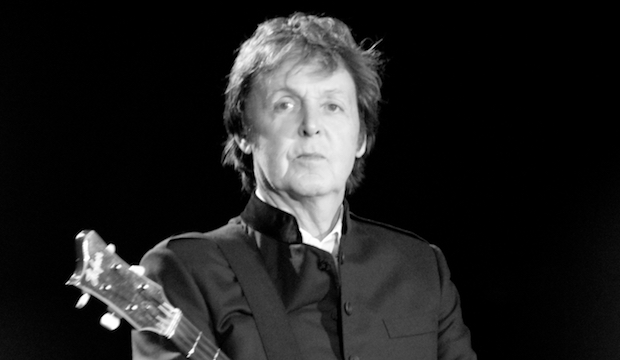 If you're the kind of person who has a playlist for every occasion, you'll love Cool Playlist. Each week, the host Eliza collaborates with a guest on creating a playlist for a very specific occasion, including 'Eating Fast Food in Your Car Alone at Night', 'Dismantling The Patriarchy', 'Office Karaoke Night' and 'Putting On Your Makeup'.
For fans of... Desert Island Discs

An impeccably researched new podcast, Beatles City tells the story of how Liverpool's four favourite boys rose to fame. Getting behind the myths and misconceptions, two Liverpool Echo journalists interview guests with insider knowledge into the band, including a couple of members. It's a truly compelling documentary.
For fans of... Bohemian Rhapsody