Later this month, Coppola is coming to West End Picturehouse cinema for a Q&A with the audience following a screening of the film, which is being shown the day before it hits cinemas nationwide.

Starring Colin Farrell, Nicole Kidman and Kirsten Dunst, The Beguiled is an adaptation of Thomas P. Cullinan's novel A Painted Devil. The story unfolds at an all-girls boarding school in rural Virginia during the American Civil War.

Farrell plays soldier John McBurney, a Union army corporal who hides in the woods by the school with a leg wound until a young student discovers him and helps him to the school.

Despite him being 'the enemy', the school's staff and pupils tenderly care for the unconscious soldier. When he wakes, he proves to be charming, reassuringly politically neutral and a gratefully received reason to wear fine dresses and bat eyelashes over the dinner table.

This Q&A is a rare opportunity to meet and question the highly acclaimed director, and learn something of the work and inspiration behind this intriguing and complex film.

Tickets will sell out quickly. 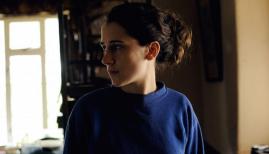