On Saturday 17 June London's best restaurants and chefs will be serving at the festival's Night Market, in Perks Field, Kensington Palace Gardens.

London Food Month is a 12-night-long celebration of London restaurants and chefs. The main destination for food lovers will be Perks Field, although masterclasses, talks and private dinners are being held at various locations across the capital.

Ingenuity meets Michelin-starred classics as the likes of Angela Hartnett, Asia de Cuba and The Ivy duel with street food traders such as The Cheese Truck, Le Bao and Indian Street Kitchen.

London Food Month is the Standard's first foray into festivals, and follows other luxury food festivals such as Taste of London, proving that Londoners are as keen to flock outside to celebrate food as they are music.

There's much to explore, as a couple of spirits groups, Ketel One Vodka and The Bulleit Bourbon Woody, have installed immersive installations on site. Masterclasses run throughout the evenings, and Bulleit have entrusted street artists Inkie and Mr Cenz, as well as illustrator Robin Mackney and tattoo artitst Rose Harley to create a mural to remember the event. Drop by and watch them work.

There's also a bar called World Class Bar next door, with award-winning cocktail creations that will surprise and compliment the experimental food. 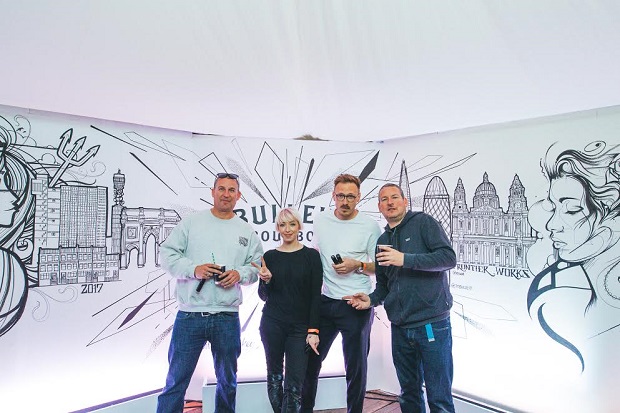 For the full programme of events taking place throughout this month, and to buy tickets, click here.

For a current selection of London's other food pop-ups to book now, click here